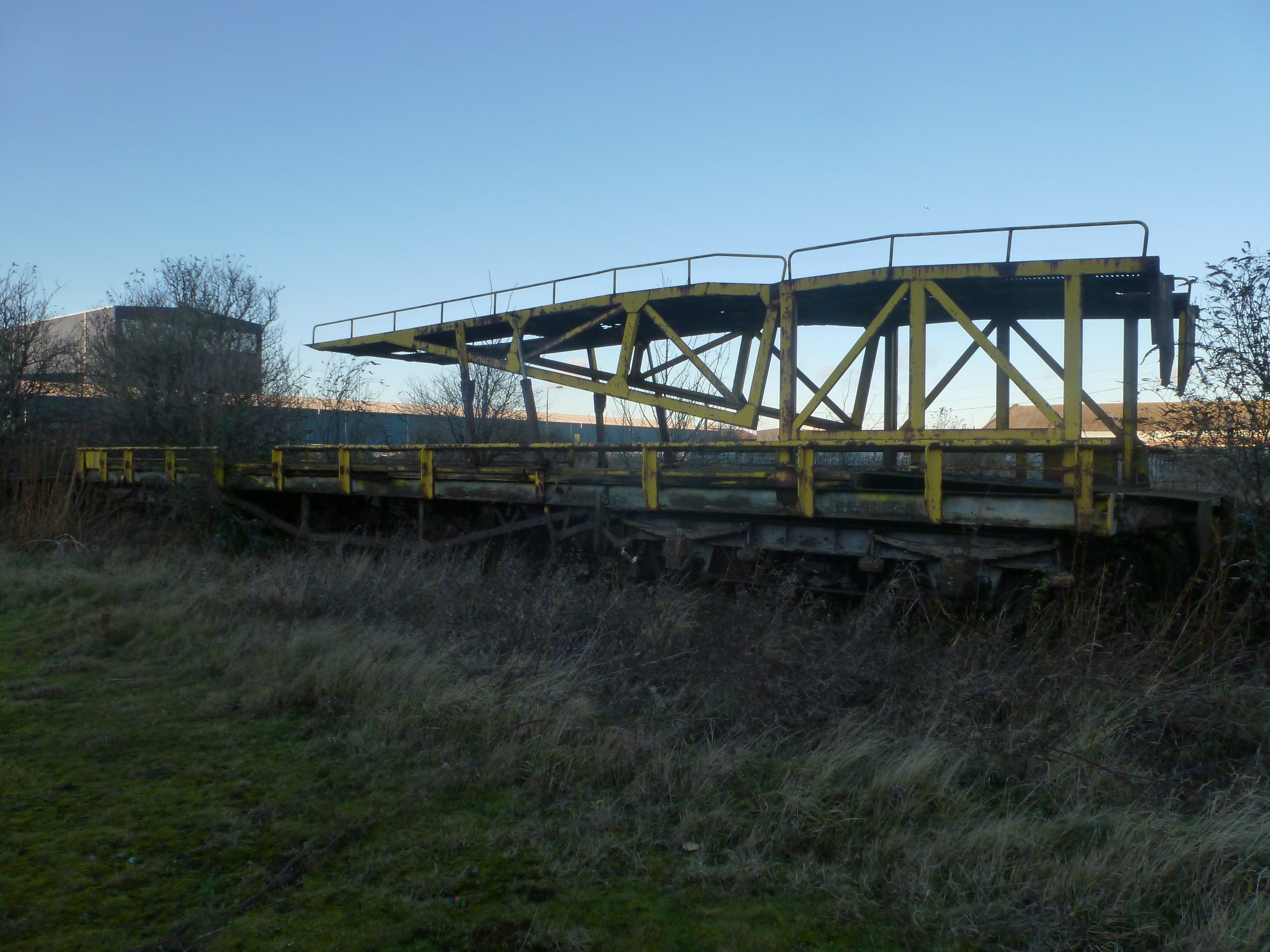 This Carflat wagon utilised the underframe from LMSR Corridor Composite 4810. It was fitted with an adjustable type of Cartic Ramp. In the 1980's it was located at Perth. Latterly it has been located at South Leith, Edinburgh where it is believed to still be located in 2020.

It seems probable that the ramp wasn't added until the early 1980's as it was photographed in September 1981 at Severn Tunnel Junction without a ramp.

This Carflat wagon utilised the underframe from GWR Composite [non-gangwayed] 6754. It was fitted with a full length fixed ramp. It is now understood that by 1971 B748164 had been condemned and was moved to Harwich Town Yard where the ramp was fitted in situ. Observations suggest that it remained at Harwich Town Yard throughout the 1970's and 1980's. It is presumed that it was scrapped on site there in the early 1990's when the yard was cleared.

This Carflat wagon utilised the underframe of LNER Brake Third 16675 (originally numbered 3395). It is not known what type of ramp was fitted, if any. It is recorded as being transferred into Internal User stock at Harwich Parkeston Yard in 1977, but the IU number was probably never applied. At about the same time it moved to Temple Mills C&W Works from where it was disposed of for scrap the same year. It is possible that it was sent to Temple Mills to have a ramp fitted but was found not to be suitable and consequently disposed of for scrap instead.

The Barry Hickman authored book Internal User Vehicles No.2 gives its allocation as Harwich Town Station where it was noted 7/86. This possibly being a mis-identification of the unidentifiable ramp at this location.

This Carflat wagon utilised the underframe of LMSR Corridor Composite 4420. This had originally been converted to a Bocar A wagon in 1965 for carrying car body parts on pallets, before the sides, ends and roofs were removed and being designated as a Bocar P. Later being further converted to a Carflat. It was fitted with an adjustable type of Cartic Ramp. By the mid 1980's it had been taken into Internal User Stock at Harwich Parkeston Yard and numbered 041363. It was noted still to be present in February 1986 and also again in May 1986. By July 1986 it had been moved to Harwich Town Yard where it is presumed that it was scrapped on site in the early 1990's when the yard was cleared.

Additional information about these Cartic Ramps, would be welcomed by Peter Hall.