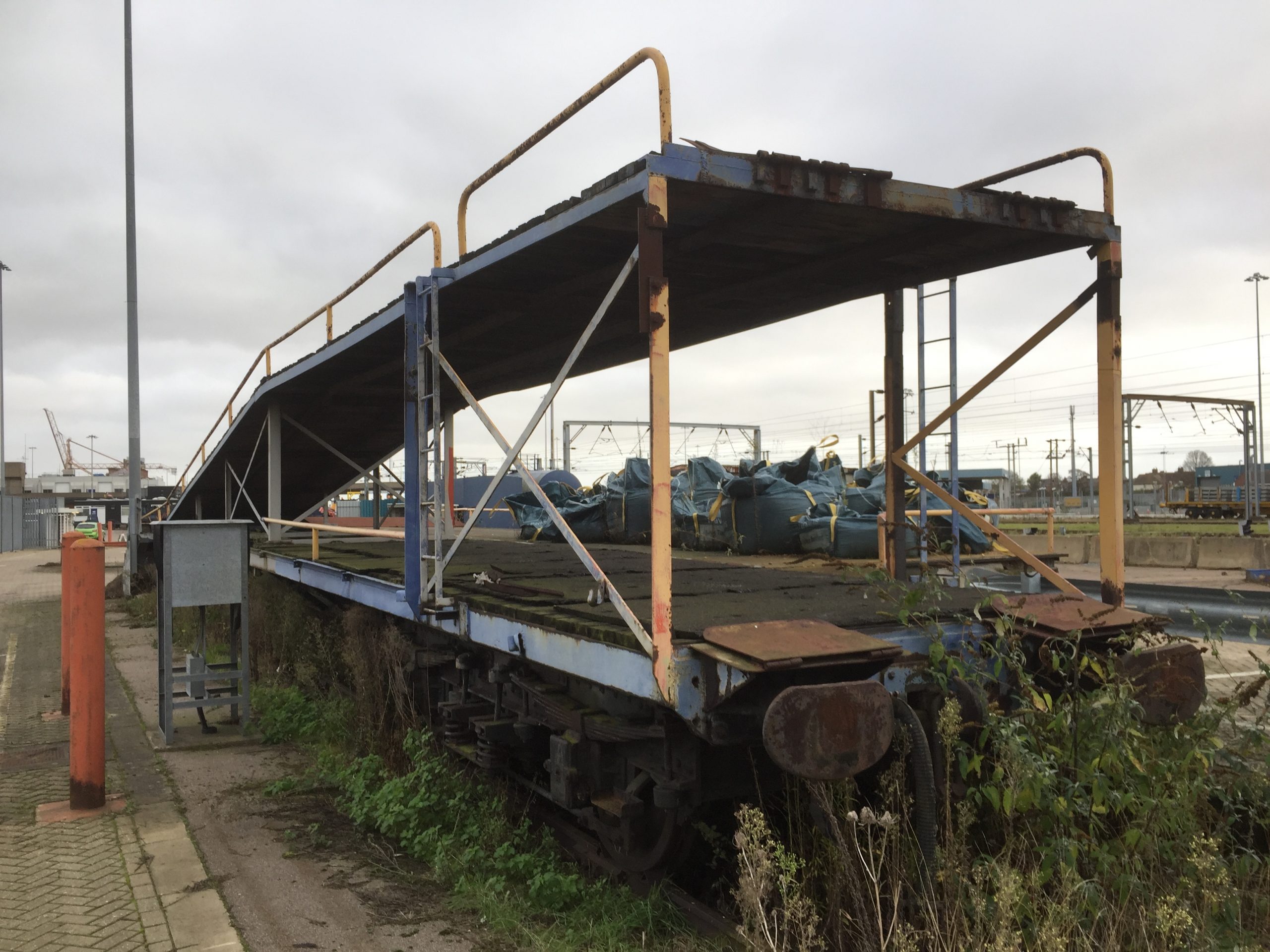 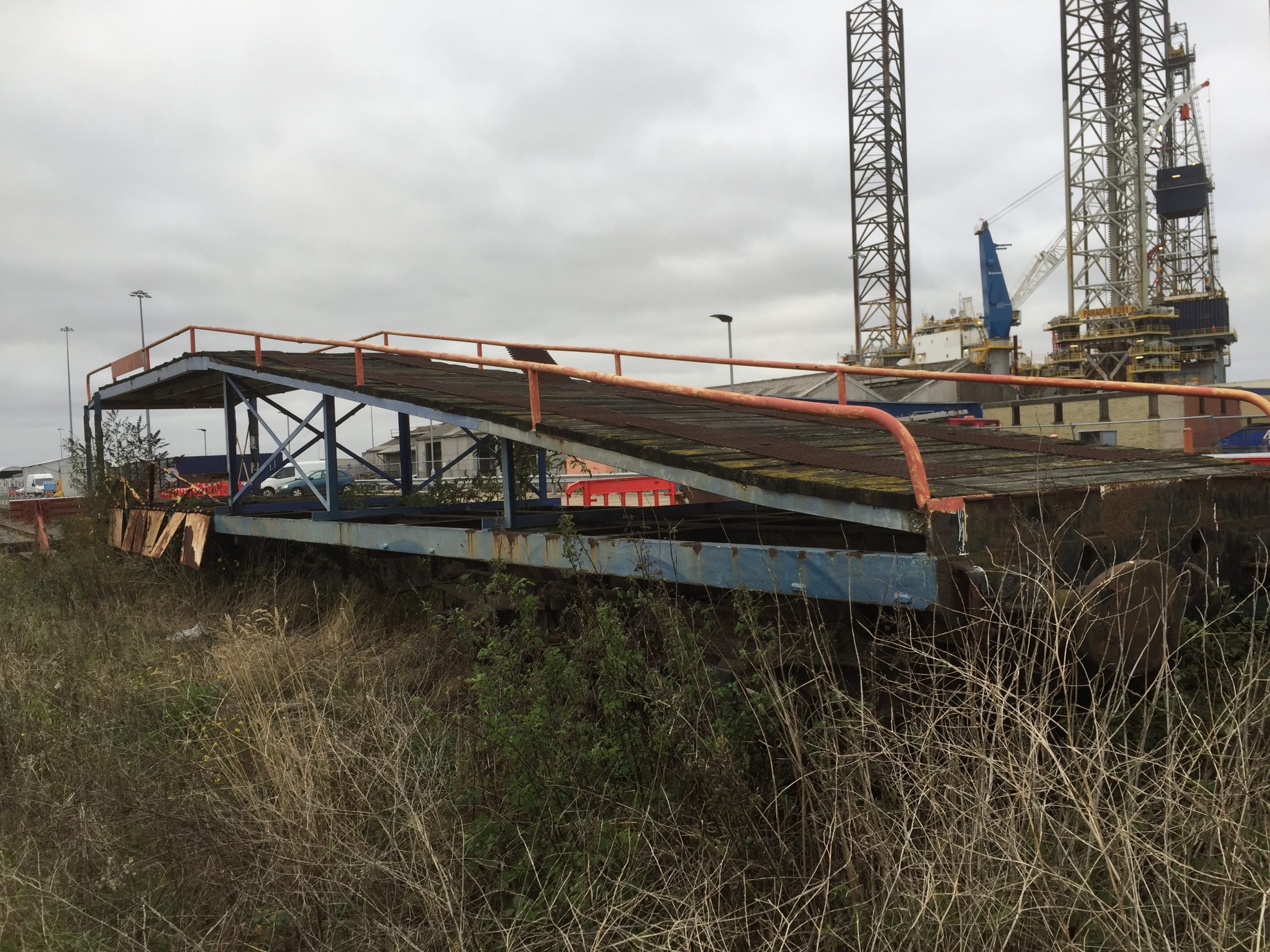 For many years, the two Cartic Ramps pictured above, have lain out of use on roads two and three of Harwich Parkeston yard. Both have been located there for at least thirty years, probably much longer. Neither carry any identifying numbers, however both appear to have been constructed on BR Mark I carriage underframes.

The one on road three is almost certainly 060773. This was observed in Parkeston yard on several occasions in the 1980's, then carrying a cast 060773 plate.

The possibility of the other being 060772 has now been eliminated. This was located at Dover Town Yard in the 1980's, before moving to Dagenham Dock Down Yard, where it was observed to still be present in August 1995. It was reportedly scrapped on site the following year.  Its design, with side access ladders was though completely different to the one on road two at Harwich Parkeston yard.

These are not the only Cartic Ramps to have been located at Parkeston yard. A visitor to the yard in February 1986 noted 060773 and 041363. The later is though to a completely different design with an adjustable ramp and based on Carflat B889139 which had an underframe of LMSR origin. Roger Butcher visited that July and noted 060773 and another unidentifiable Cartic Ramp. On the same day he visited Town yard noting 041363, B748164 based on an underframe of GWR origin, and another unidentifiable Cartic Ramp.

It is quite possible that the Cartic Ramps Roger saw in Parkeston yard in 1986 are the same pair that were photographed there in 2016.

The identity of the two that Roger was unable to identify remains a mystery to this day.

Observations made, or photographs taken, of the ramps in the last half century at Harwich Town, Parkeston yard or elswhere in the area could prove invaluable. Anyone who has any, or can otherwise help unravel the mysteries of the Harwich Cartic Ramps, is asked to make contact with Peter Hall.

Details of BR Cartic Ramps on BR Mark I underframes can be found here or by clicking on the link on the left.

Details of MAT Transauto Cartic Ramps on SR underframes can be found here or by clicking on the link on the left.

Details of Cartic Ramps mounted on Carflat wagons can be found here or by clicking on the link on the left.

Details of a similar mystery regarding the identity of a Cartic Ramp once located at Dover can be found here.