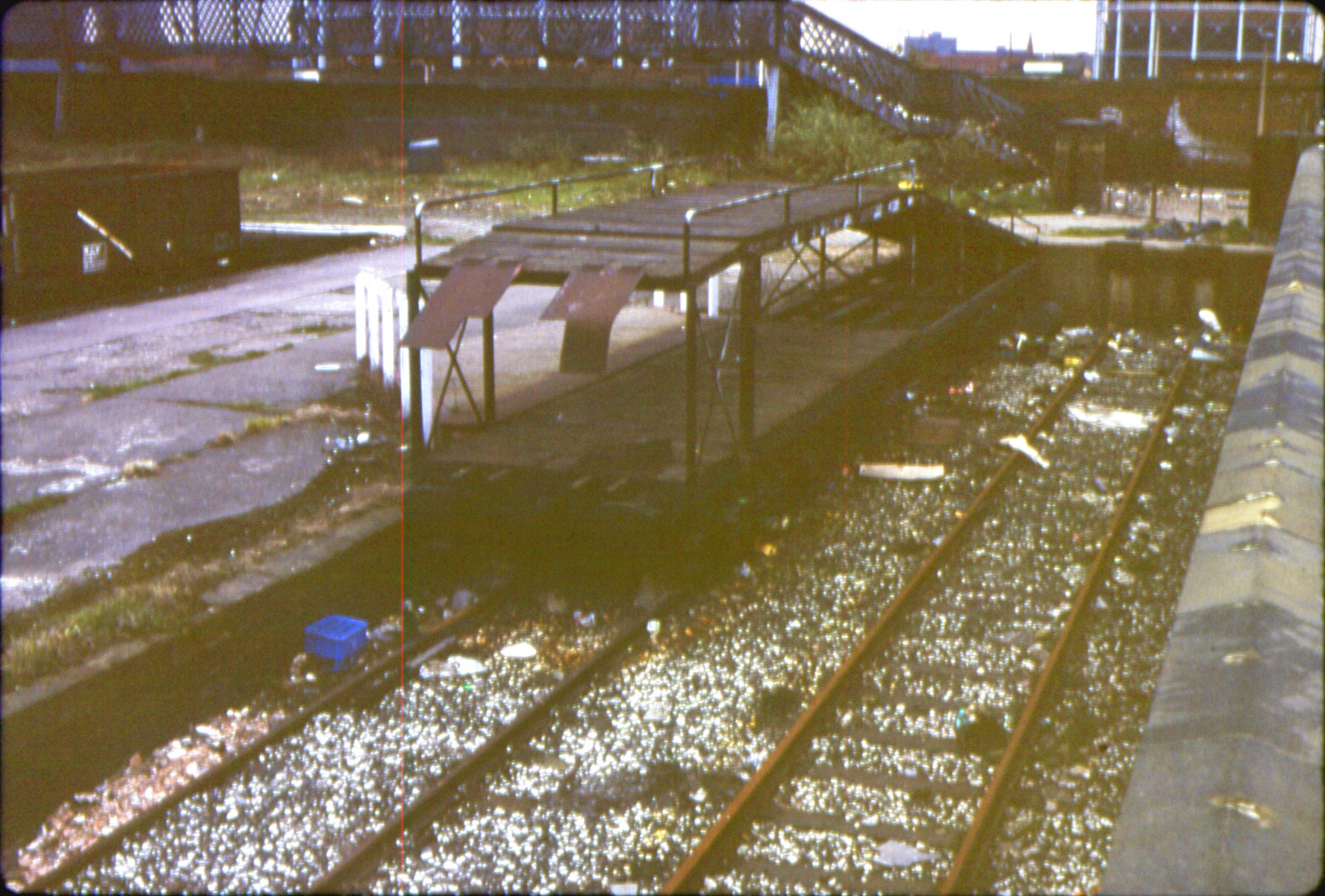 Utilised the underframe from Brake Corridor Second S34246. It was first observed at Windsor Bridge, Salford in September 1978, having it is believed been located there since being converted in the early 1970's. It was probably scrapped at Windsor Bridge in the mid 1980's.

Utilised the underframe from Brake Corridor Second S34239. By the mid 1970's it was located at Crescent Road Yard, Luton where it was scrapped in 1985.

Utilised the underframe from Second [non-gangwayed] W46061. By the mid 1980's it was located at Town Yard, Dover. It moved to Down Yard, Dagenham Dock c1988 where it was recorded as scrapped in 1996. It had been suggested that it was not scrapped, but instead moved to Parkeston Yard, Harwich. This though has been dismissed as the two have detail design differences (see below).

Utilised the underframe from Second [non-gangwayed] W46041. A gentleman who was involved with car imports through Harwich says that the general layout of this ramp along with certain physical features, including side ladders, leads him to think that it may have originally been used by Toleman Car Deliveries who entrained imported Fords from Parkeston yard, this starting in the early 1970's.  Certainly, by the mid 1980's it was located at Parkeston Yard, Harwich where it was still located on 15th July 2021.

In July 1986 Roger Butcher visited Harwich and observed un-numbered Cartic Ramps at Parkeston Yard and Town Yard. Photographs of what is presumed were the same Cartic Ramps taken later suggest these utilised BR Mark I underframes.  They look to be of an identical design without side ladders and a board attached to the upper safety raiI.  As such both were probably converted at the same time.

The one at Town Yard was probably scrapped in the early 1990's when the yard was cleared. The other is probably the one still located at Parkeston Yard on 15th July 2021. An alternative identity suggested for this is 060772 (see above) but this has now been dismissed as the two have detail design differences.

It was thought possible the unidentified pair utilised the underframes from Tourist Open Seconds SC4098 and SC4147. Although reported in the RO as being purchased by a catering firm (p.292 8/74. p.435 12/74) these are recorded as being at the Central Wagon Company, Wigan in early 1975. This company being associated with preparing underframes for further use.  However, this has now been ruled out.

A gentleman who was involved with car imports through Harwich in the 1970s when the operation was worked by R.T.V. Colbourne is  sure that the one at Harwich Town Yard had been present since the late 1960's.  Later usage was associated with MAT Transauto car movements who he understands were then its custodians and whose company name was carried on the board attached to the upper safety rail.

Additional information about these Cartic Ramps, particularly the unidentified pair would be welcomed by Peter Hall.