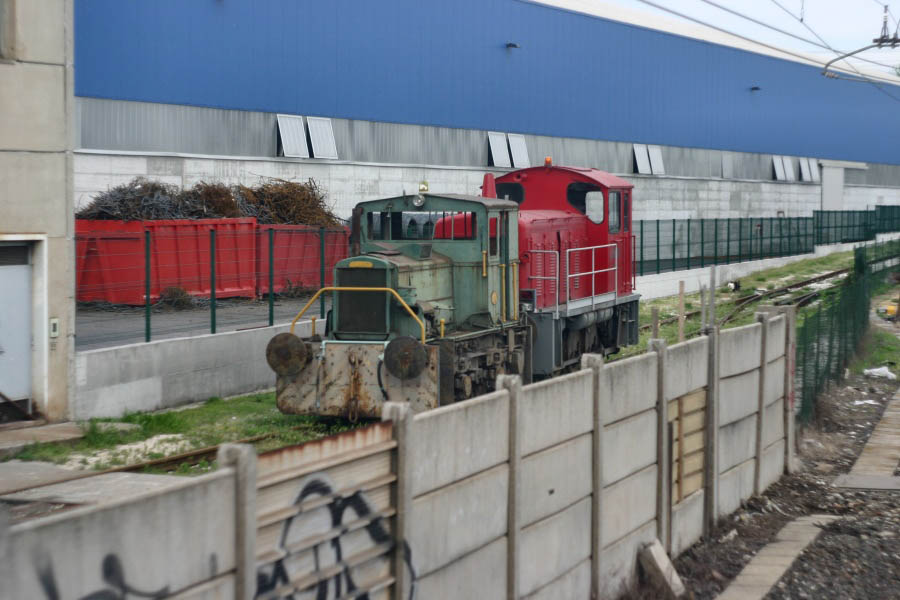 In addition to the Ex BR locomotives, several Ex industrial locomotives have also been exported to Italy. Those we are aware of are:-

Originally sold to Settle Speakman, Queenborough, later Shipbreaking (Queenborough), being despatched by F. C. Hibberd on 8/8/1960. Exported to Italy in late 1971/early 1972. Used at Acciaierie di Lonato SpA, Lonato steel works , Brescia (company now known as Lonato SpA) and is still believed to be located there, the steelworks having become a sugar warehouse. Ex BR Class 04 D2289 was also located here until being repatriated in 2018.

Little is known about this locomotive which could well have been the first industrial diesel locomotive exported to Italy where it was known to be working in the 1960s. Firstly at Cooperative Ortofrutticolo, Lavezzola; then to Societa Longo, Ponte Ronca, Bologna. It was last seen in 1986 plinthed at the long closed works at Via Umberti Zerneri at the town of San Felice del Benaco on the coast of Lake Guarda. It has not been seen for years and may have been disposed of. 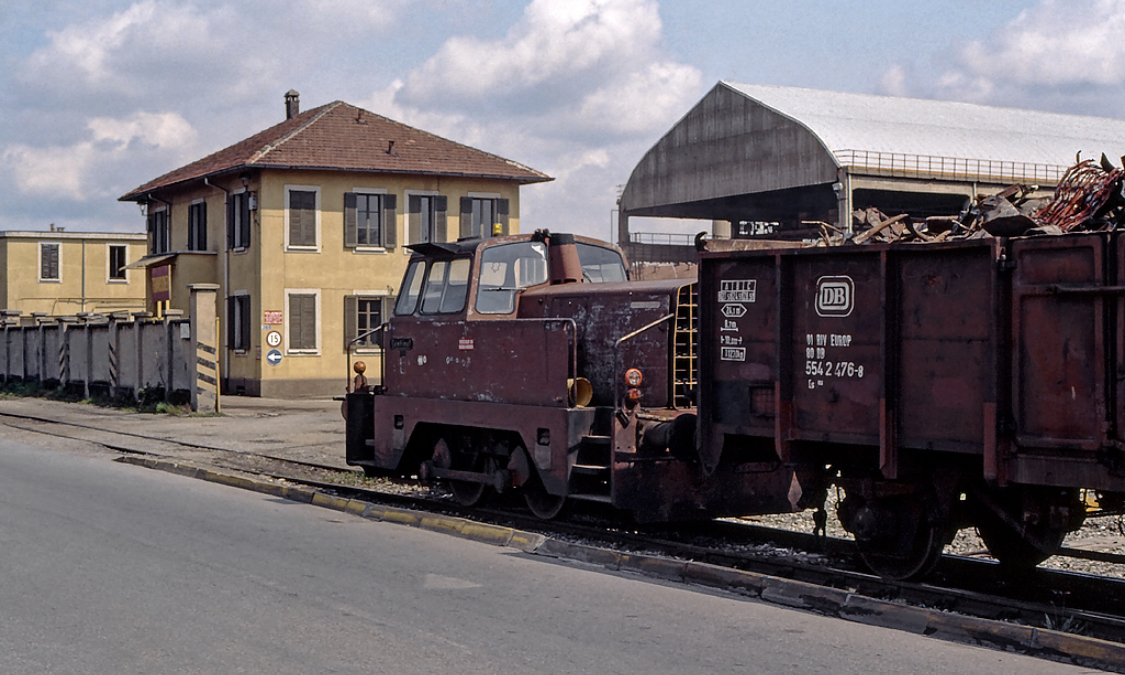 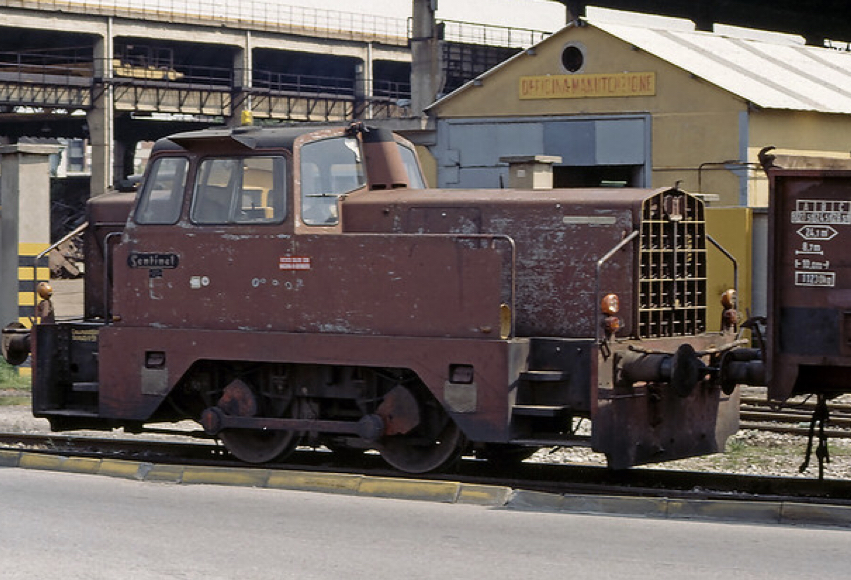 "Frank" RR 10209 1965 is seen working for Celestri in the once major industrial area of Sesto San Giovanni in Northern Milan on 19th April 1990. Maurizio Messa. 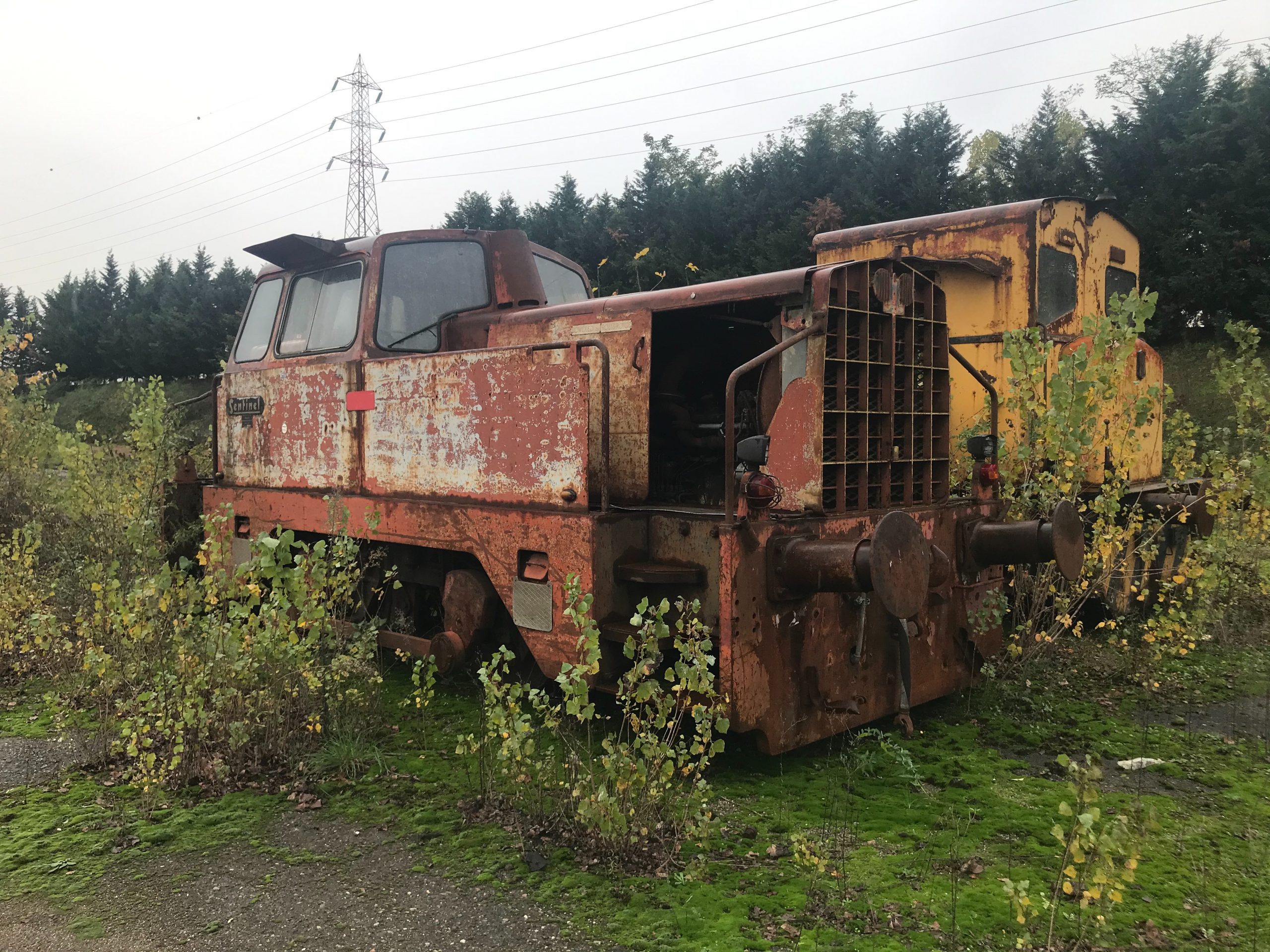 Used at Buckminster Quarries, Lincolnshire until May 1972, then at Harlaxton Quarries, Lincolnshire. Exported to Italy via R. E. Trem, Finningley July 1974. Overhauled in December 1980 at a firm called RALFO at Olignate - Province of Lecco. In 1990 it was in use with Celestri, Sesto San Giovanni, Milan. By 2007 it was in use with Rottami Metali Italia S.p.A., who were using part of the former Alfa Romeo Aresa Plant at Lainate, Milan. The spur into the complex had been severed by 2019 and the area is now a business and retail park. However, a few hundred yards away is another of the yards belonging to Rottami Metali Italia S.p.A. and on 11th November 2019 it was found sat in that yard rusting away along with Italian Badoni 7154 of 1967 which had also once been used by Celestri at Sesto San Giovanni.

Used at Harlaxton Quarries, Northamptonshire. Exported to Italy via R. E. Trem, Finningley 7/1974. Now fitted with a Cummings engine. Used at Feralpi, Lonato as No.3 “Phoenix” and is still present. Ex BR Class 04 D2242 was also used at this location. 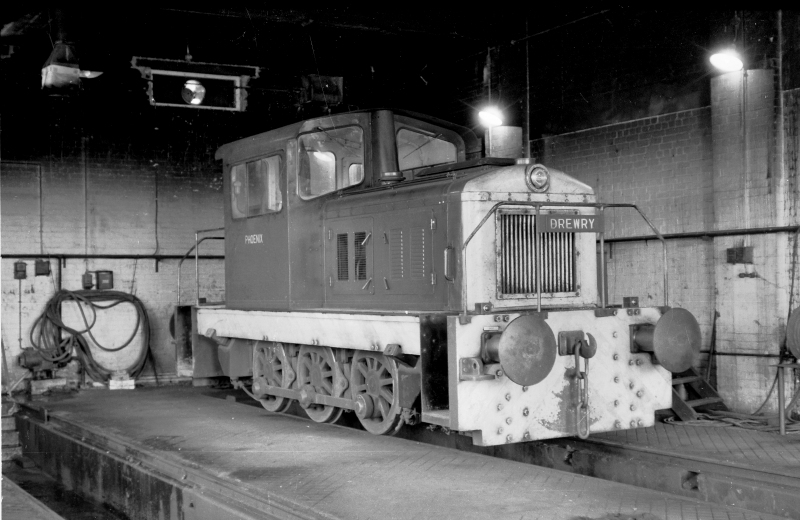 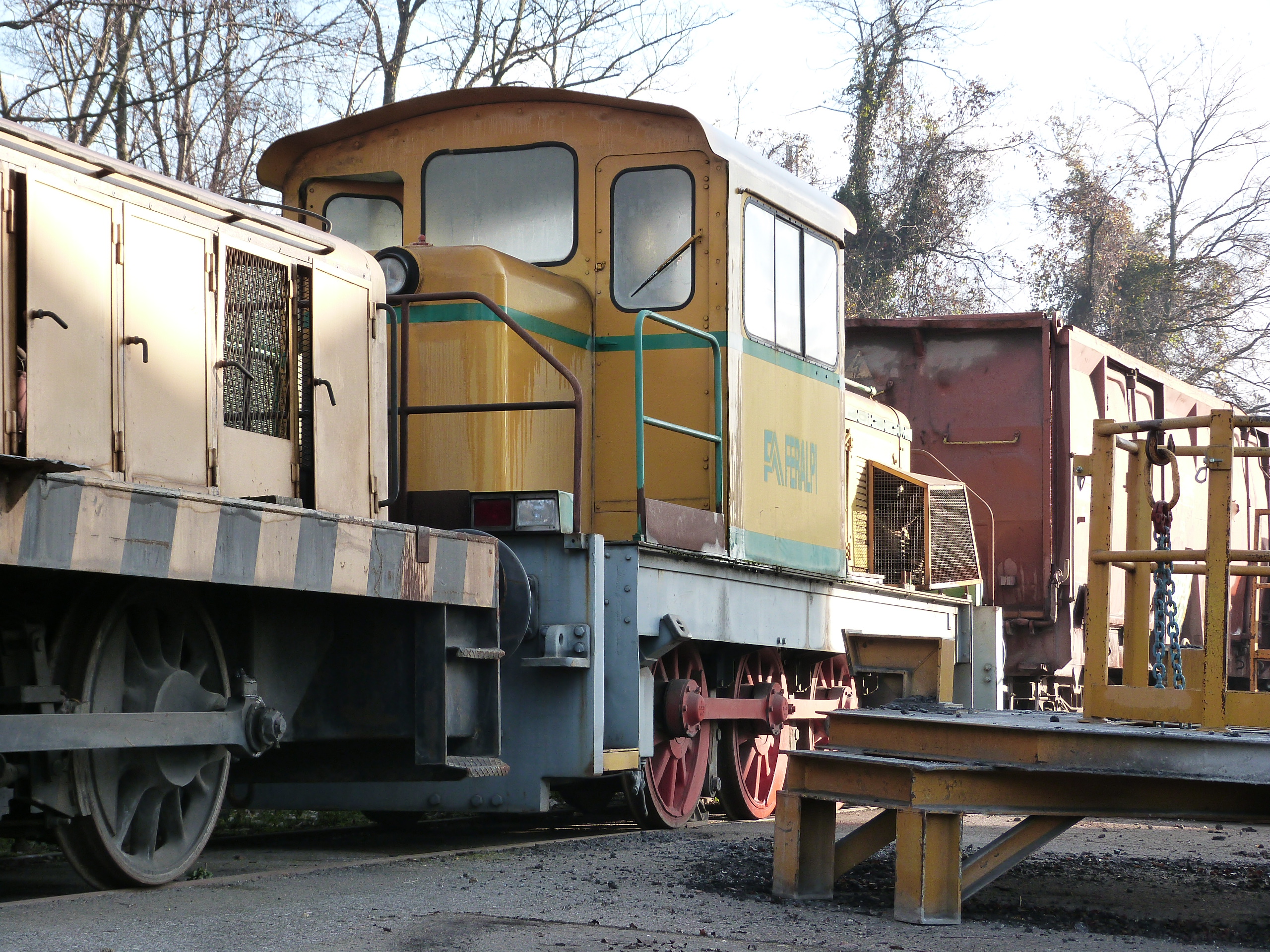 PHOENIX Bg3601 / DC2726 1964 has now been located at the Feralpi steelworks at Lonato, Italy for over 45 years. This picture of it there was taken on 28th December 2018. Ermanno Barazzoni

Also, two locomotives were built in Great Britain for use in Italian industry. These being:

One of these is believed to be located at Tenaris Dalmine, Via Pio, Costa Volpino, Province of Bergamo, north of Brescia having been observed there in November 2019 painted yellow.