Two batches of ten of these very distinctive vans were built in 1938/49. These followed on from an earlier batch of ten built in 1928 that had used second hand London, Brighton and South Coast Railway carriage under-frames, all of these had though been condemned by the early 1960’s. Several had adaptations so as to be able to convey elephants in circus train formations. Consequently these very distinctive vans acquired the nickname of ‘elephant vans’ amongst enthusiasts.

4589 adapted for the conveyance of elephants 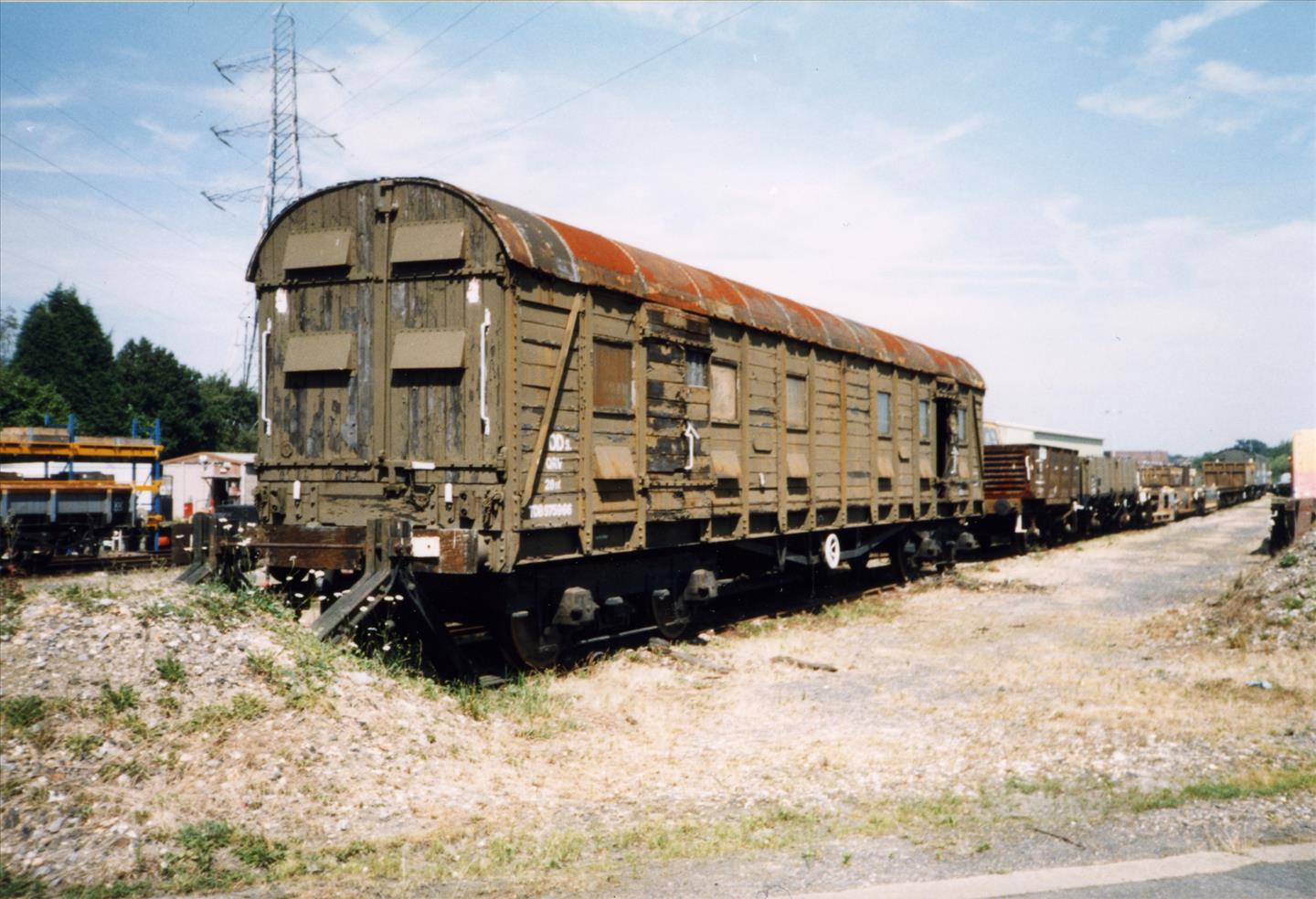 SR GUV 4604 converted for use in the Chipmans Weedkilling Train and re-numbered DB975966 is pictured at Three Bridges in 1998.   Brian Loughlin