This is intended to be a brief overview of the locomotives used on the Harwich – Sheffield / Manchester / Scotland (via Manchester) trains commonly referred to as the ‘Harwich Boat Train’. Monday September 9th 1963 was when the northern destination of the train was switched to Manchester Piccadilly, having previously been Liverpool Central and use of steam locomotives ceased. The train did not run on Sundays until 1980 and then only on Summer Sundays. 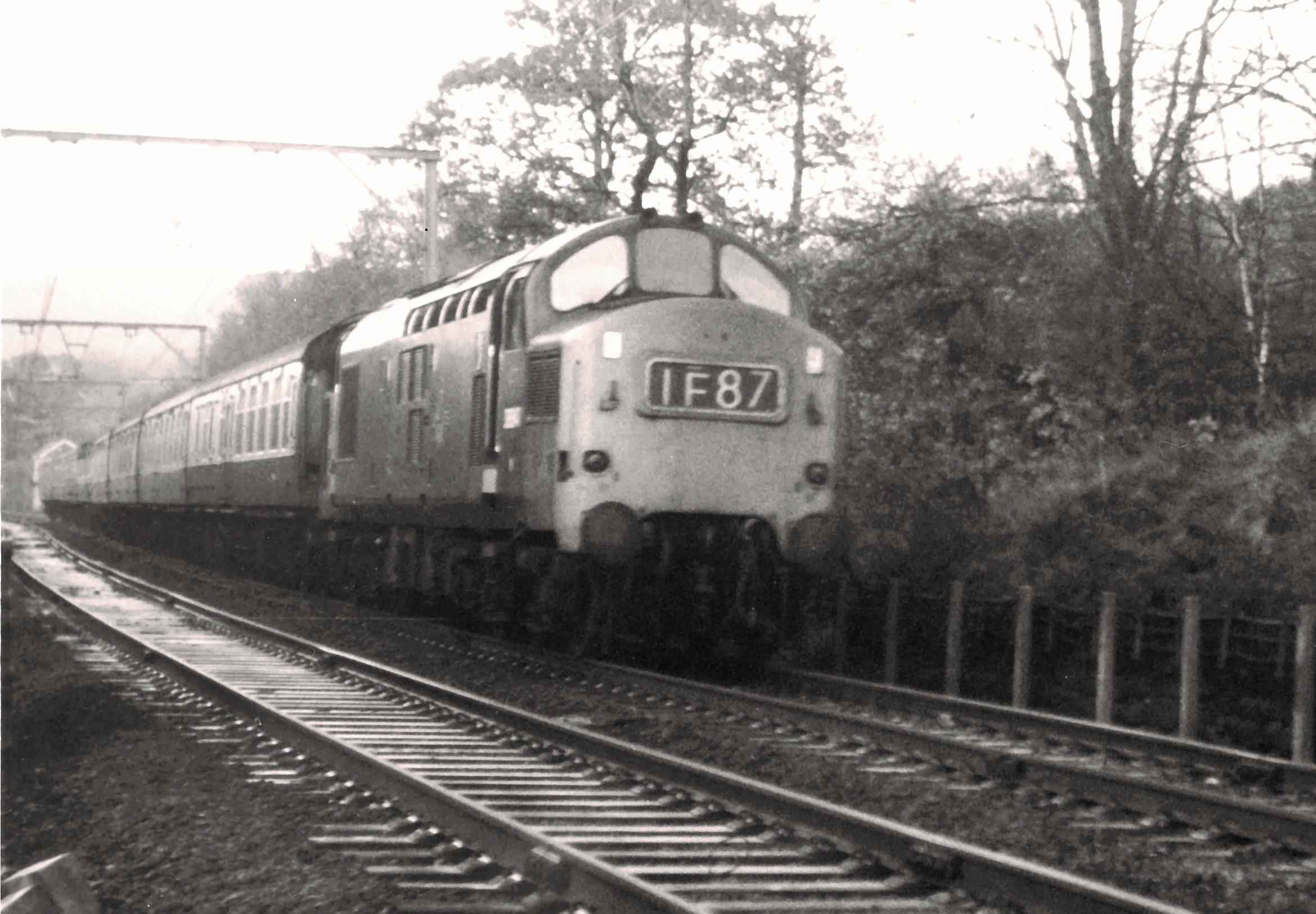 The routing from March was via the GN & GE Jnt, Retford, Sheffield Victoria and Woodhead. Great Eastern allocated Class 37’s were used throughout including through Woodhead Tunnel, with the same locomotive being used in both directions.

On Summer Saturdays a timetabled relief ran originating and returning to Cambridge. During the Summers of 1964 & 1965 the return train originated at Liverpool Central otherwise Manchester Piccadilly was the northern destination / origin. Few sightings of this train have been traced but it is understood to have also used a Great Eastern allocatted Class 37 to and from Sheffield Victoria with a Class 76 being used for the Woodhead leg.

During the winter of 1967/68 Class 37’s D6947, D6960-D6968 started to be used regularly on the train. This coinciding with their transfer to Stratford and fitting with steam heat generators. 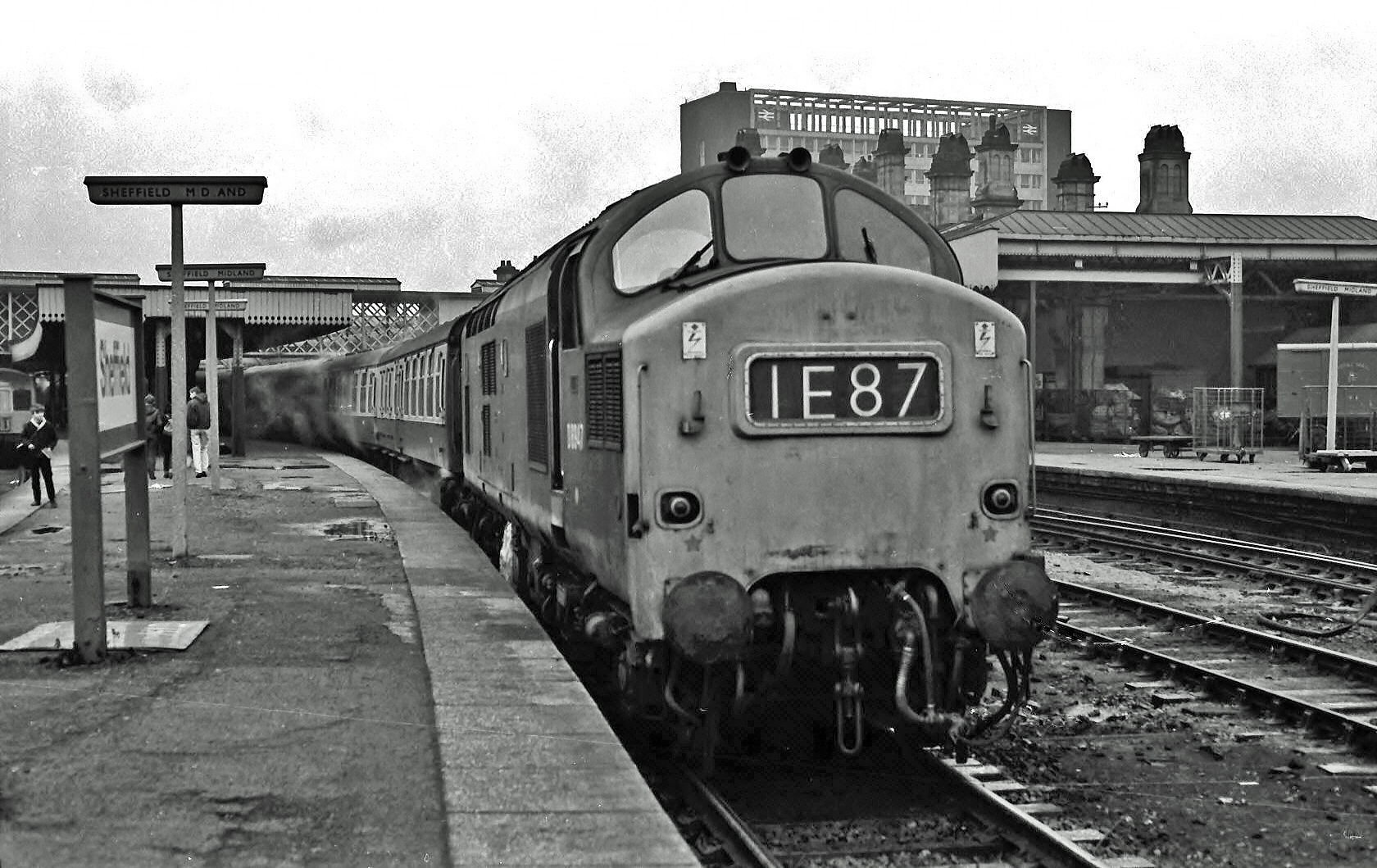 D6947 again pictured on the Manchester – Harwich Boat Train, this time in the early 1970s at Sheffield (Midland). Paul Braybrook

Closure of the Woodhead route to passenger trains in January 1970 saw the train diverted into Sheffield Midland and it was then routed via the Hope Valley and Romiley to Manchester Piccadilly. Great Eastern allocatted Class 37’s continued to be used throughout with the same locomotive being used in both directions.

Through working of Class 37’s ceased in October 1972. From then until May 1973 the outward train changed locomotives at Spalding and the return at March. Great Eastern allocatted Class 37’s continued to be used, there are though reports of occasional substitutions by Class 47’s on the Manchester leg.

From May 1973 the train was diverted away from the GN & GE Jnt to run from March via Peterborough, Grantham, Nottingham, Chesterfield and Dronfield to Sheffield where a reversal took place before continuing via the Hope Valley to Manchester. 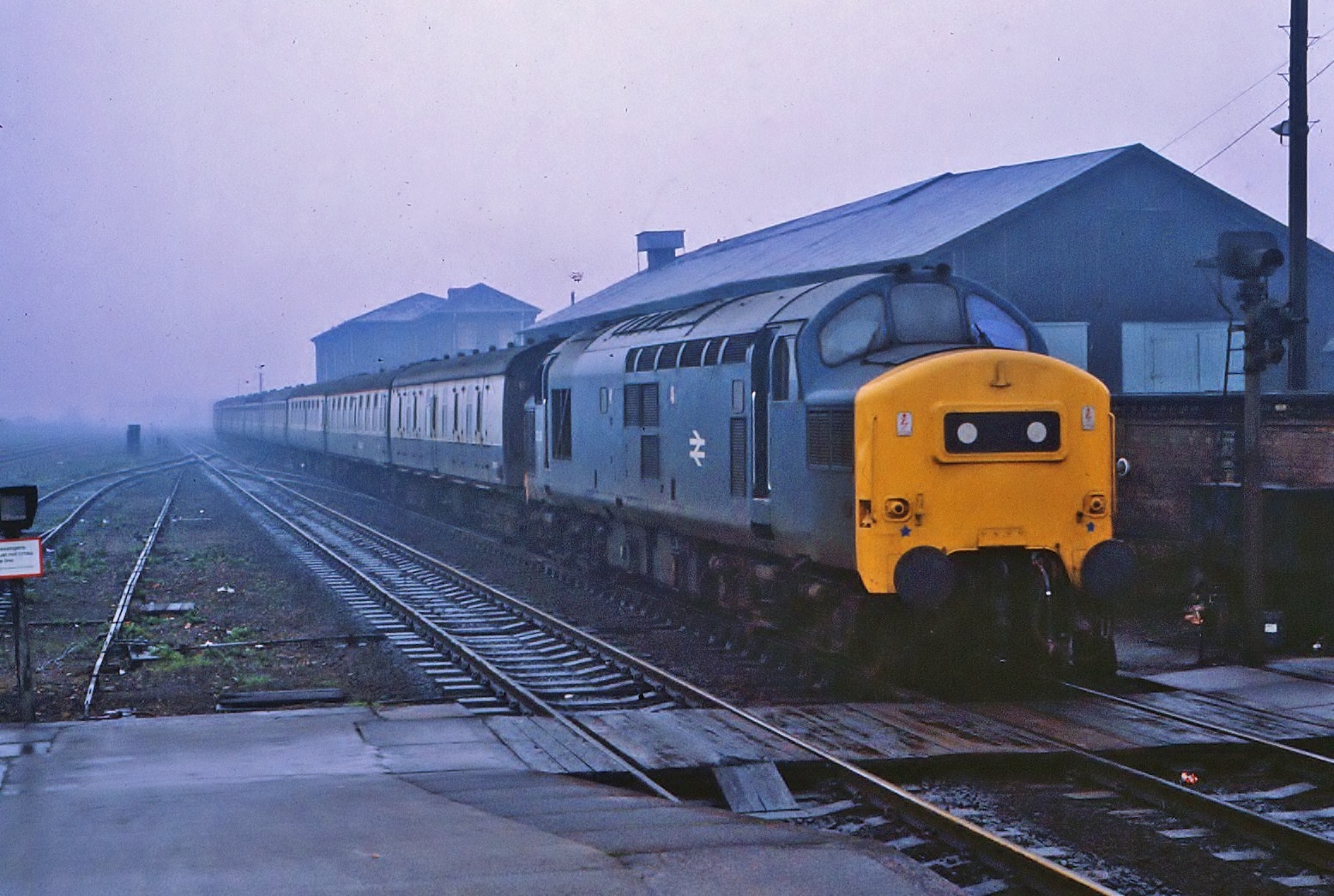 Regular use of Class 37’s ceased in May 1973, with a Class 47 working from Harwich to Sheffield and return. A variety of different Classes of locomotive being used on the Sheffield – Manchester leg. Predominently these were drawn from Classes 45, 46 & 47 with members of Classes 37 & 40 also being used and occasionally Class 31’s. Initially a Stratford based Class 47 was used for the Harwich-Sheffield leg. However, from October 1973 until the Spring of 1975, the duty was entrusted to Tinsley based Class 47’s. In reality, although Tinsley allocatted Class 47’s were used quite regularly in this period, those allocatted to other Eastern Region depots frequently appeared, as well as there being occasional appearances by those from other regions. From the Spring of 1975 Stratford allocatted Class 47’s again took over the leg.

Class 37’s did still occasionally appear on the Harwich – Sheffield – Harwich leg, most notably in the late Summer and Autumn of 1979. During that period Great Eastern Class 37’s dominated with only a few Class 47’s being used.

In 1980 a Summer Sunday train was introduced between Harwich and Sheffield. This was usually hauled by a Stratford allocatted Class 47. See Summer Sunday Harwich Boat Train 1980-1986 for further details.

In May 1982 the weekday train was diverted between Chesterfield and Sheffield to run via Beighton and consequently no longer reversed at Sheffield. The Class 47 then working throughout in both directions, with no Sheffield locomotive change. Class 47/4’s then and subsequently being the norm on weekdays.

Manchester Piccadilly ceased to be the northern destination in May 1983. The train being diverted so as to run into Manchester Victoria, via the Ashburys – St. Philips link, rather than Manchester Piccadilly. It was then extended via Bolton, Preston and the WCML to Carstairs. At Carstairs it divided, portions going forward to Edinburgh and Glasgow Central. Class 47/4’s, were used to/from Preston, a Class 86 then being used for the WCML leg. The Edinburgh portion using a Class 47/4 between Carstairs and Edinburgh. From May 1984 the train reverted to running via Dronfield in both directions, the locomotive running round in Sheffield.

The Summer Sunday train continued running as before in 1983. From the Summer of 1984 it was extended to Manchester Victoria. A reversal and locomotive change took place at Sheffield.

The weekday Harwich – Peterborough and balancing Peterborough – Harwich trains, often referred to as the ‘Little Boat Train’, were extended to/from Blackpool North. These trains used Class 31/4’s for the Harwich-Sheffield leg and Class 47/4’s for the Sheffield-Blackpool legs. Locomotive changes were re-introduced at Sheffield in May 1986 on the main trains with Class 47/4’s being used for both legs.

Following the opening of the Hazel Grove chord in May 1986, the main trains were diverted to run between New Mills South Junction and Phillips Park via Stockport, were they called, and the Denton – Ashton Moss link in both directions. The Sunday train was also diverted to run via Stockport and then via Heaton Chapel to terminate at Manchester Piccadilly rather than Manchester Victoria.

For the trains final year the main weekday train reverted to Manchester Piccadilly as the northern destination. A locomotive change taking place at Sheffield on the outward leg.