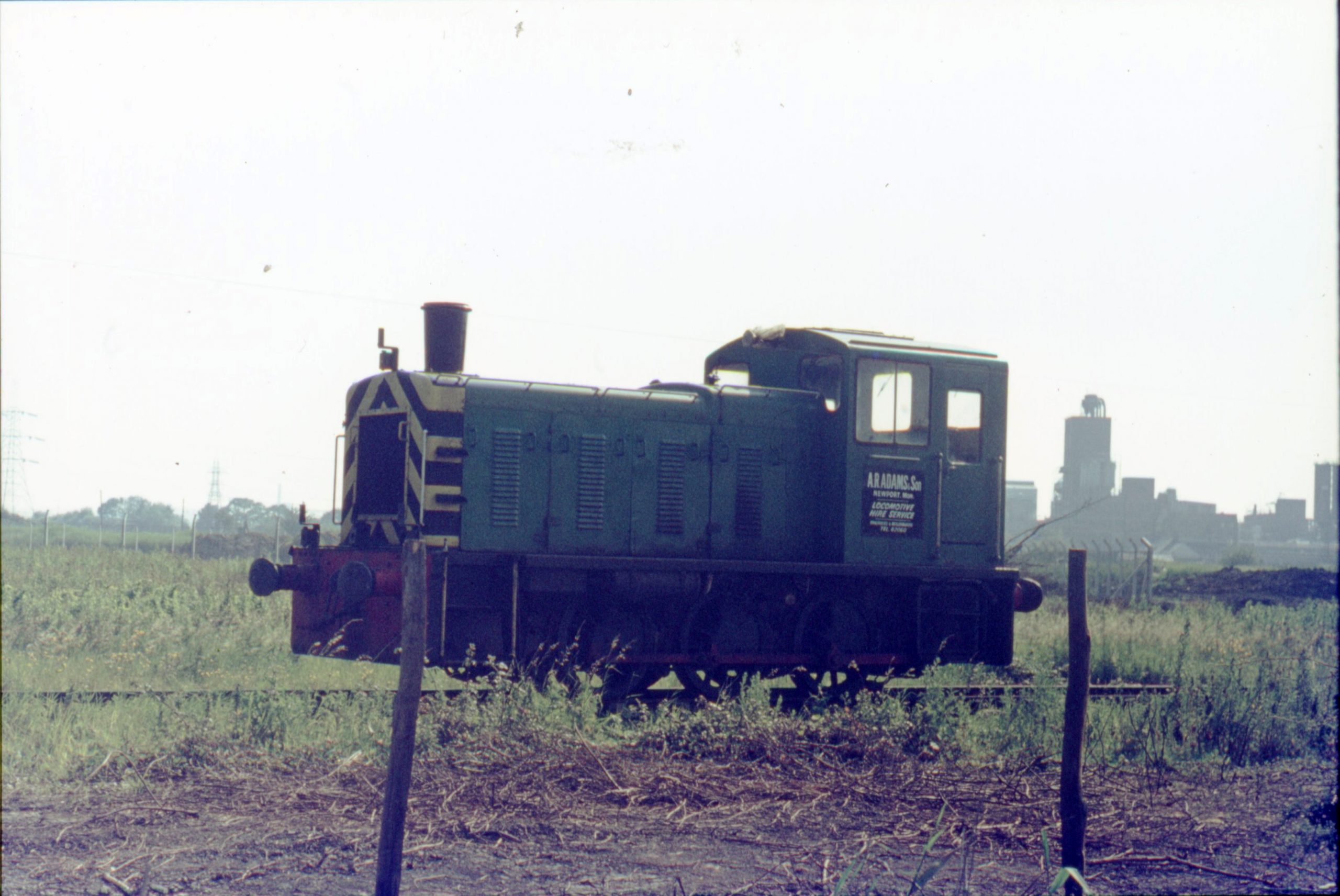 Delivered direct to Aberaman Colliery Washery,  8th February 1970. (see the additional notes below regarding its earlier industrial use and references to it being a Birds Group Locomotive). Subsequently used at Tower Colliery still in BR livery. It was reported on 19 August 1971 that D2186 was awaiting collection by A. R. Adams & Son and it is presumed it was soon after then that it was painted into Adams light-mid green livery with predominently white handrails.

Although carrying an identical livery to D2178, D2186 carried a 1962 builders plate rather than a 1961 one as on D2178. It is though possible that sightings for these two between 1971 and 1974 might have inadvertently wrongly reported if a detailed examination hadn’t been possible.

Further sightings of this locomotive whilst with A. R. Adams & Son would be welcomed by Peter Hall

A closer look at the history of D2186 supports further that this was a hire locomotive and had no connection with Birds Group as some published references imply. Roger Harris records it as being “….to store about 3/69, reinstated 5/69 on hire to private firm for track lifting and noted on this duty 6/7/69. Withdrawn 13/9/69. The track lifting being referred to was that between Thame and Morris Cowley. Further detail of this has been supplied by Peter Alexander who says “D2186 was used in connection with track lifting between Thame and Morris Cowley during the summer of 1969. Also, D2178 was also in use and they were exchanged at Morris Cowley every few weeks. D2186 was the last ever “train” from the west when it arrived on 19 August 1969 and D2178 formed the last departure eastbound on the same day. Track lifting, already completed east of Wheatley then started at the Morris Cowley end. On 12 September basically all track was lifted and D2178 was taken away by road from Wheatley to Oxford Rewley Road (former LMS) station for re-railing. As I recall, the locos were on hire to the Cohen 600 Group, the company which did the demolition.” Could it be that D2178 and D2186 were by the summer of 1969 already owned by A. R. Adams & Son and this was an example of a much earlier hire. Possible but thought highly unlikely.