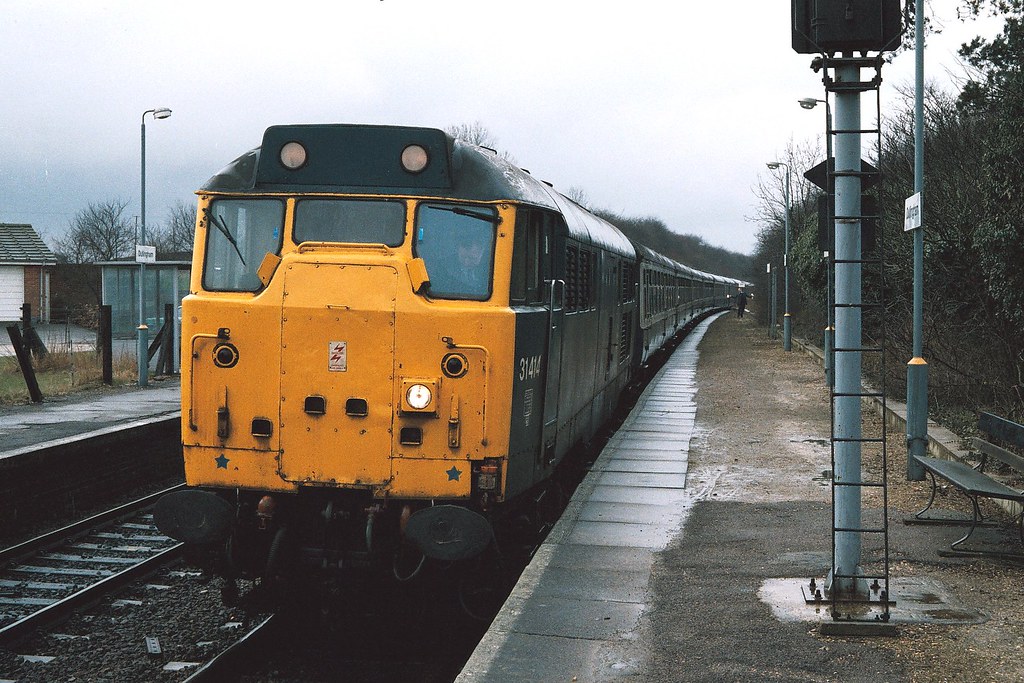 31414 waits at Dullingham with 11:55 Cambridge to Ipswich footex on 12 April 1986. This was the last loco hauled footex; for the final Ipswich Town home game of the season two weeks later a dmu was provided. Mister C

The footex continued into the 1985/86 season, and it still gave opportunities to cover the Coldham Lane to Chippenham Junction section on a loco hauled train, even if the motive power was of less interest for the enthusiast.

1 February was the only time the footex ran between 4 January and 8 March. As in 1984/85, this was mainly due to bad weather leading to matches being postponed.