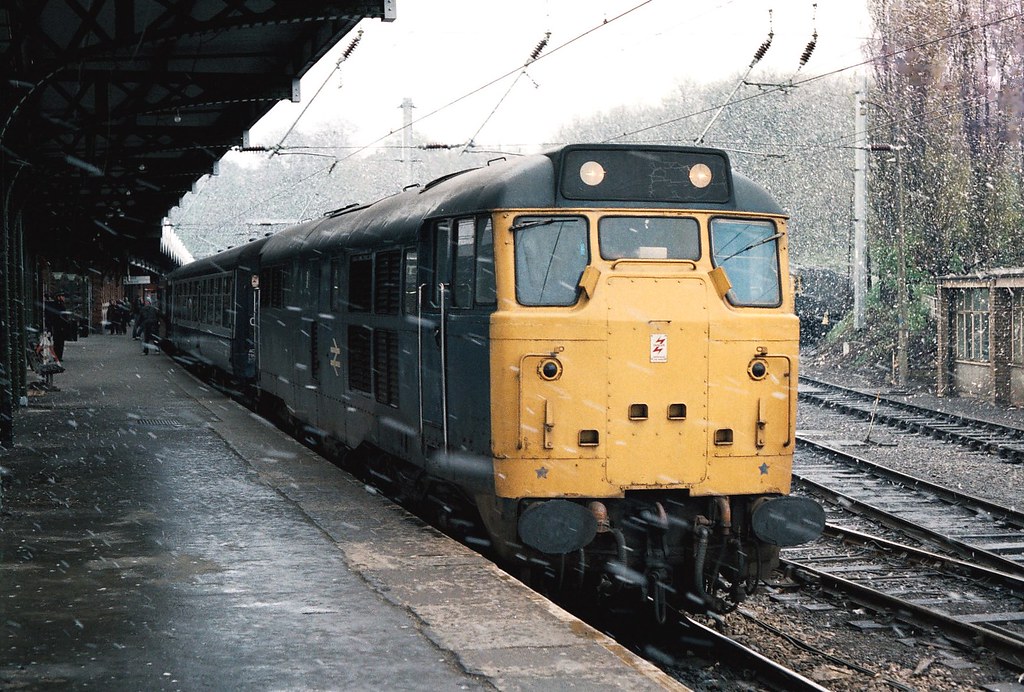 31160 waiting departure at Ipswich with 17:16 footex to Cambridge on 27 April 1985. Possibly East Anglias last proper steam heat train, and it snowed for the occasion! Mister C

The 1984/85 winter was the last in East Anglia with any steam heat, although there were no booked workings in the advertised passenger service. The Cambridge-Ipswich footex became the most accessible train with a good chance of steam heat.

January and February again produced few performances of the footex, but in 1984/85 this was due to bad weather causing a number of matches to be postponed, this being the days when it was rare for pitches to have undersoil heating. Ipswich Town had actually made good progress in both domestic cup competitions, resulting in a fixture pile up, and when 37263 hauled the footex on 23 February it was for a League Cup Semi Final First Leg match against Town’s “Old Farm” rivals Norwich City, probably the only time that the footex ran for a League Cup tie.