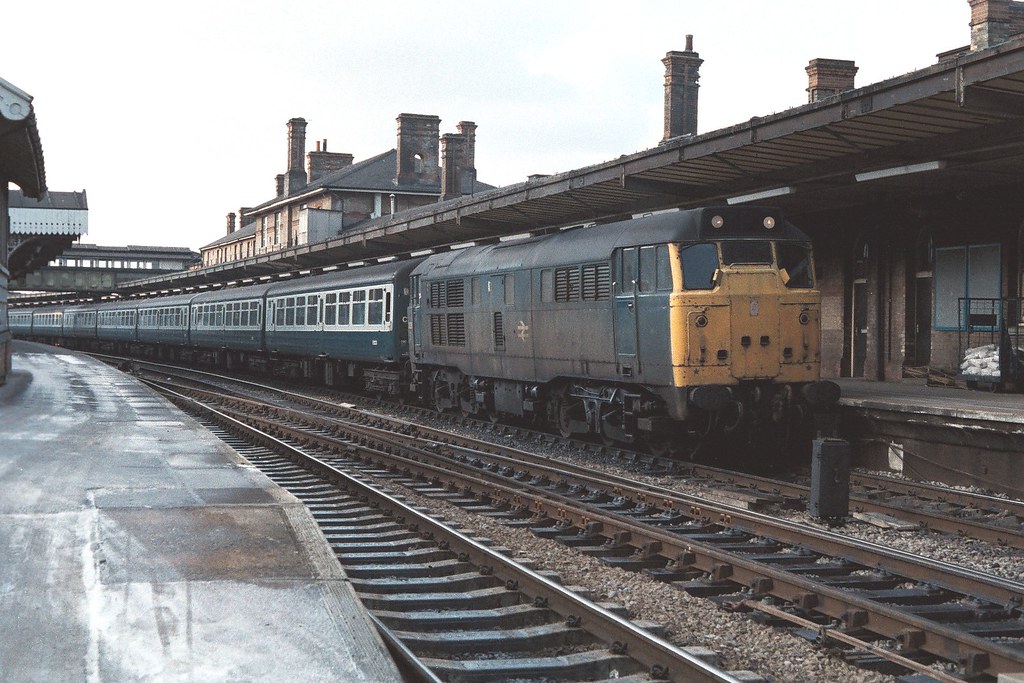 By the start of the 1983/84 season, class 47s had almost completely taken over all trains into and out of Liverpool Street, so opportunities for class 37 and steam heat class 31 haulage in East Anglia were becoming limited. With Stratford’s class 47 fleet stretched to cover their normal duties, the footex became a little oasis where steam heat was virtually guaranteed.

The footex only ran once in January and once in February, because of the FA Cup’s impact on the fixture list. Ipswich Town played away in both the third round and the fourth round, and then did not have a league game on the day of the fifth round, because their scheduled opponents were still in the FA Cup.