Every winter, starting in 1974/75 and continuing until 1980/81, the Hope Valley line was closed on Sundays between 03:15 and 16:00 to allow engineering works to take place. On a few occasions the period of closure was longer. Consequently passenger trains between Sheffield and Manchester were diverted to run via Penistone and the Woodhead route. The normal routing from Sheffield to Penistone was via Woodburn run/round and Deepcar but on a few occasions trains were routed via Barnsley and Silkstone.

Two locomotive hauled passenger trains were diverted to run via the Woodhead route rather than the Hope Valley as a consequence. These were the morning Manchester Piccadilly – St.Pancras and St.Pancras – Manchester Piccadilly trains. These were usually headed by Class 45’s or occasionally Class 47’s. Class 47’s became the norm on the train from Manchester from the winter of 1975/76. Occurences when other Classes of locomotive are known to have been used are listed below. Please contact Peter Hall if you are aware of any others.

(Further details would be welcomed)

(At Woodburn a Class 45 was attached to the rear of the train. This then hauled the train into Sheffield (with 25074 on the rear) where the Class 45 was detached. 25074 then continued onward from Sheffield via Woodburn and Beighton.) 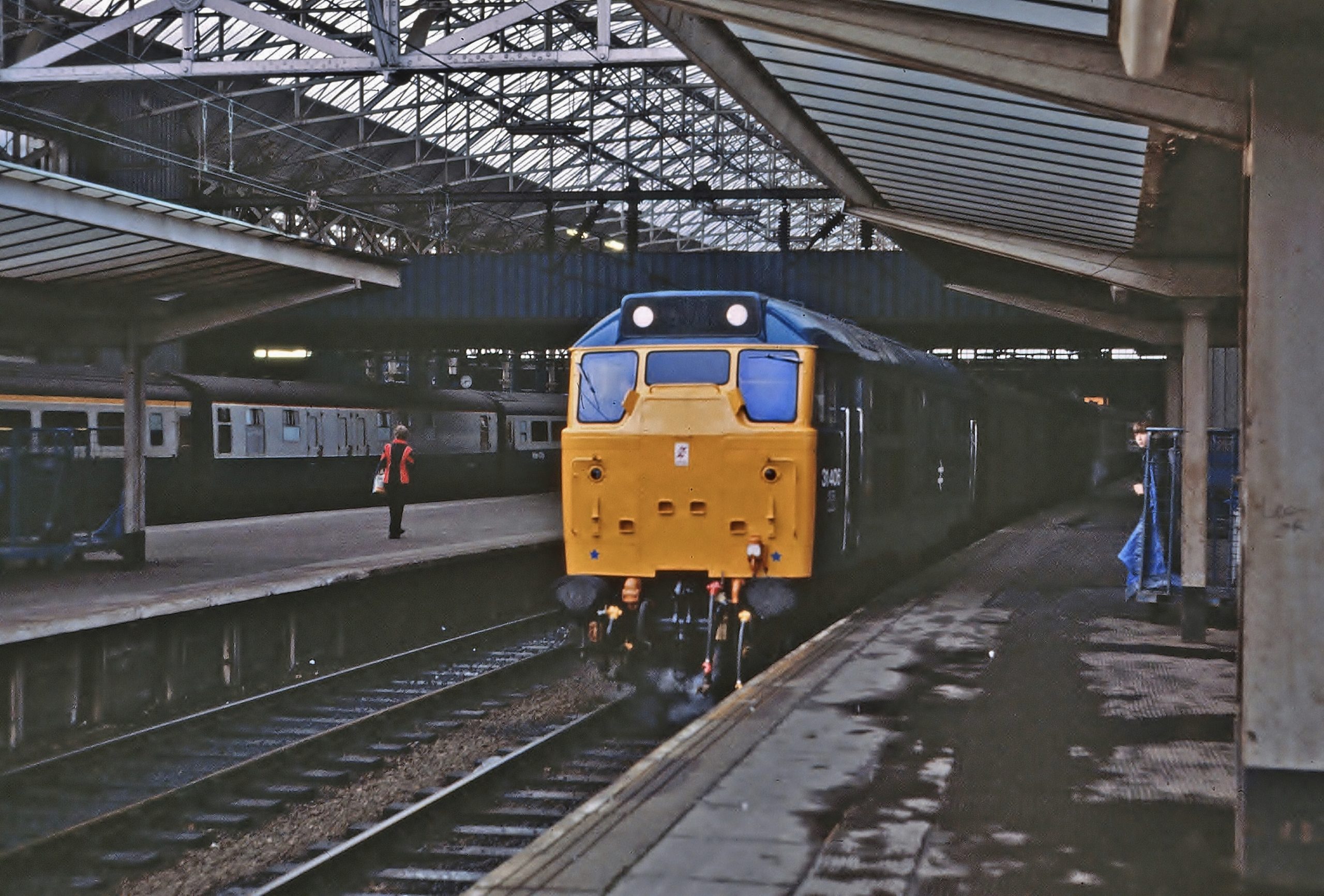 (On the weekend of 8th/9th December 1979 the Hope Valley was closed from early in the afternoon on the Saturday. This resulted in the only known use of a Class 31/4 on a passenger train on the Woodhead route. 31406 ran/round at Woodburn. On the Sunday 1E23 02:02 Manchester Piccadilly – Retford Low Level is also understood to have been diverted via Woodhead but it is not known which locomotive hauled that train.)

(40081 ran/round at Woodburn and continued on the train beyond Sheffield via Dore.)