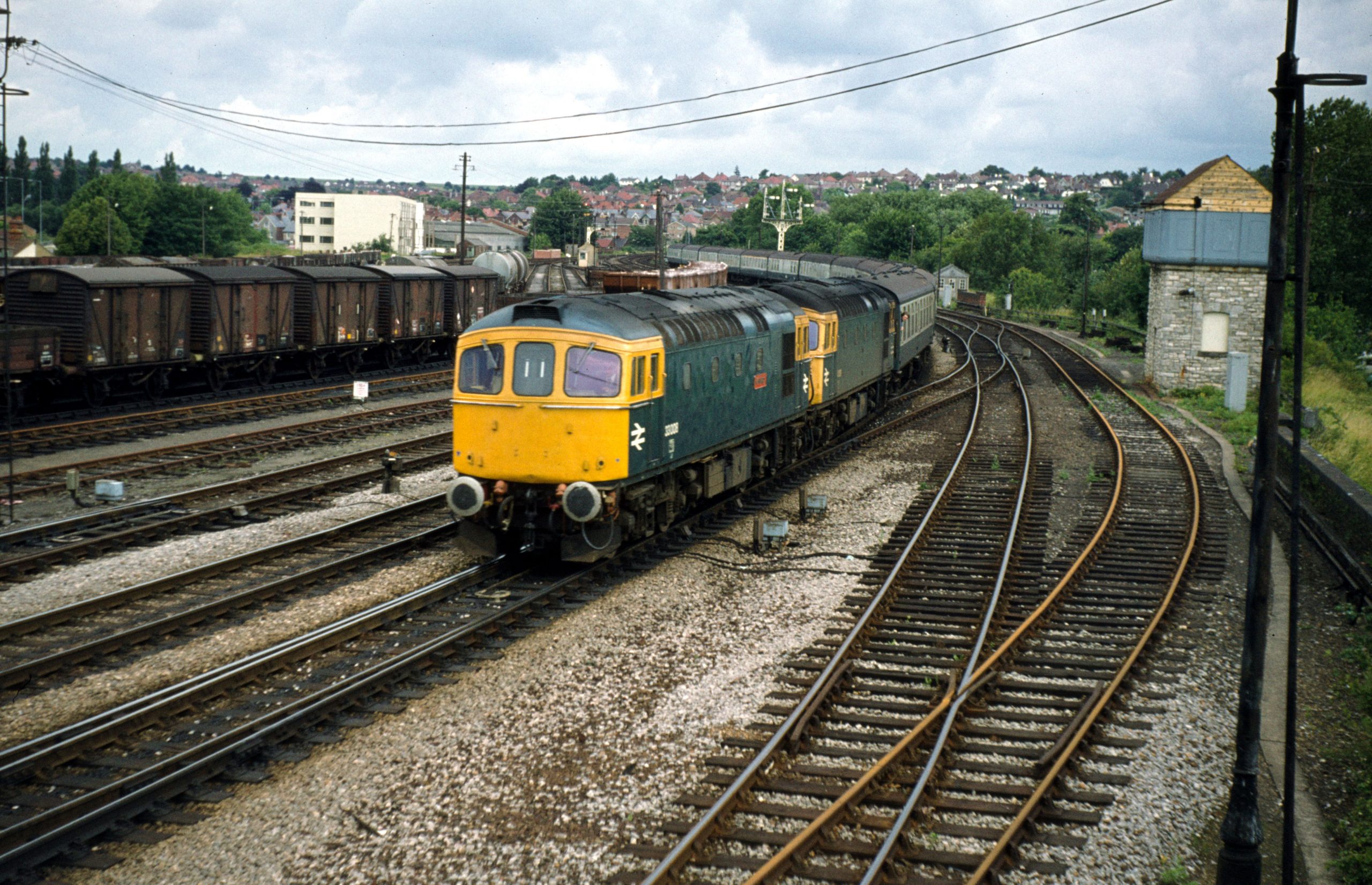 Prior to October 1971 there had been a weekdays Brighton – Exeter St. Davids – Brighton train head by a Class 33, double headed on Saturdays.  From October 1971 the train only ran on Saturdays and gained notoriety as it was formed of ‘Hastings’ DEMU stock. However, commencing with the May 1977 timetable it again became locomotive hauled, this arrangement continuing until May 1987 when the train ceased to run in its traditional paths.  It is this latter locomotive hauled era which is the subject of this highlight.

The train was normally headed by Class 33 locomotives, a single one in winter and a pair in summer (from 1978) when the train had extra carriages. Pairs also appeared on Saturdays around Christmas and Easter if extra carriages were added.

During the Summer of 1982 the train was extended to Paignton with locomotive changes usually taking place at Exeter St. Davids.  These extensions became year round from May 1983 until September 1986 with Plymouth / Penzance being the destination and origin.

Until the May 1980 timetable change Class 33 locomotives were also used on Waterloo – Exeter St. Davids trains. However, whilst these were allocated to Eastleigh those used on the Brighton train were usually those allocated to Hither Green although mixed pairs were common.  The trains continued to utilise Class 33’s when Class 50’s took over on Waterloo – Exeter St. Davids trains in May 1980.

Details of the locomotives known to have been used can be found here. Only locomotives used east of Exeter are listed.