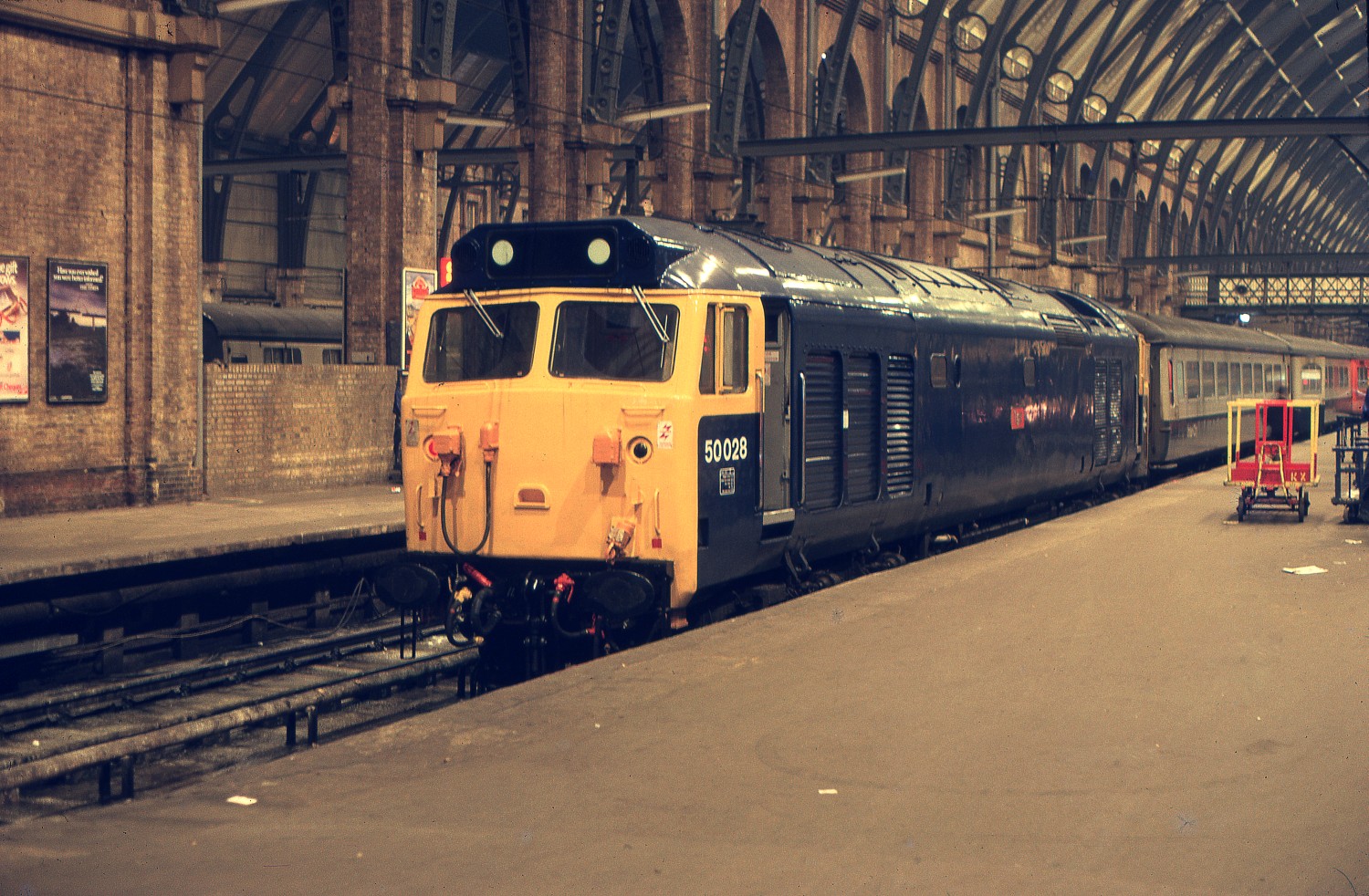 50028 is pictured at Kings Cross on Thursday 28th December 1978 after arrival on 1A21 13:18 Cleethorpes – Kings Cross. which it had hauled from Newark Northgate. Tony Willmore

Between 1977 and 1987, Class Fifty diesel locomotives visited Doncaster Works for overhauls. During this era they were also very occasionally used to haul timetabled ECML passenger trains. All known occurrences are listed below but is is possible there were others. Please contact Peter Hall if you know of any others.

Most mainline testing of locomotives after overhaul was undertaken using the dedicated works test train or a set of spare carriages. However, in 1978 there were several instances when Fifties piloted 1N02 09:30 Kings Cross – Newcastle-upon-Tyne from Doncaster returning L/D to Doncaster from Newcastle-upon-Tyne. Otherwise usage seems to have been either in connection with returning locomotives to the Western Region or making use of them whilst they awaited return. Until August 1979 the norm was for locomotives to return to the Western Region L/D via the ECML to London. During this period they do seem to have been commandeered to rescue failed trains on several occasions during that journey.

(A) – possibly in connection with training Doncaster drivers on the Class