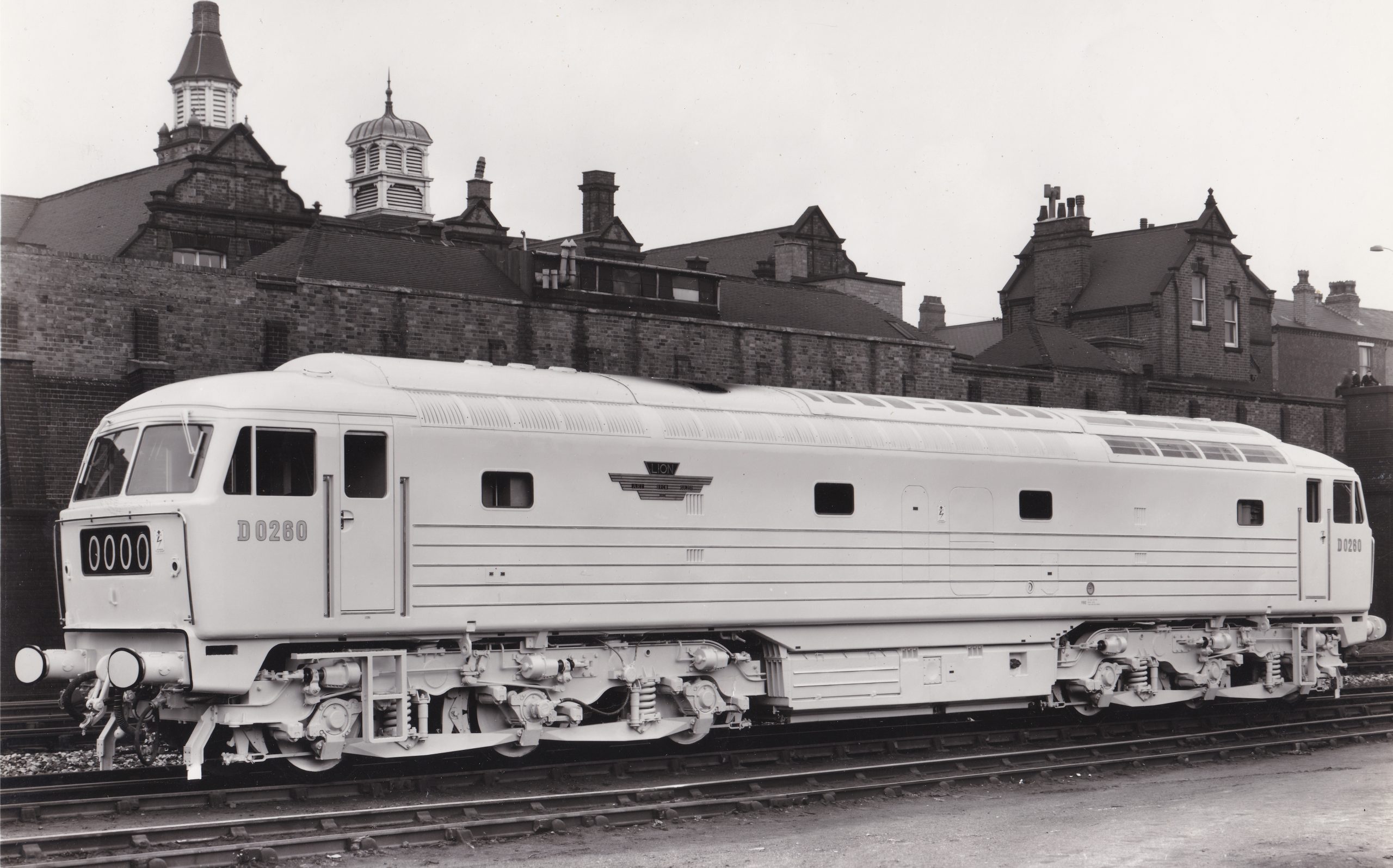 Although prototype diesel-electric locomotive D0260 ‘LION’ has had much written about it and had many pictures published of it, these tend to concentrate on the periods when it saw use on the British Railways Network, or was very new, and are often contradictory. Little though has appeared covering the periods when it was not in use and after it ceased to be used on the British Railways Network. Most of the published references suggest that these periods were spent at the Smethwick premises of the Birmingham Railway Carriage & Wagon Company where it is recorded as meeting its fate. Although ‘LION’ did return to Smethwick it departed from there for the last time in March 1963 and it is clear despite what has been published that it never returned and was definitely not scrapped there. The truth is that ‘LION’ spent its final days at the Sheffield premises of AEI and it was scrapped in that city.

There has never been any doubt amongst many Sheffield area enthusiasts that ‘LION’ spent its final months in the local AEI works in the Attercliffe district of the City. Its final scrapping taking place either on site or at the adjacent T. W. Ward scrapyard is subject to some conjecture, although most likely a combination of the two. This of course contradicts what has generally been published which has the locomotive as being scrapped at either Smethwick or in more recent publications, the Beighton scrapyard of T. W. Ward.

This dilemma has two aims. Firstly, to draw together as much evidence as possible to prove that ‘LION’ was scrapped in the Attercliffe area of Sheffield. Secondly, through observations made at the time and other references establish exactly were ‘LION’ was located between the Spring of 1962 when it first emerged from Smethwick until the Spring of 1964 when it was scrapped.

Briefly, this is the history of ‘LION’ highlighting times when little is known about its precise whereabouts. 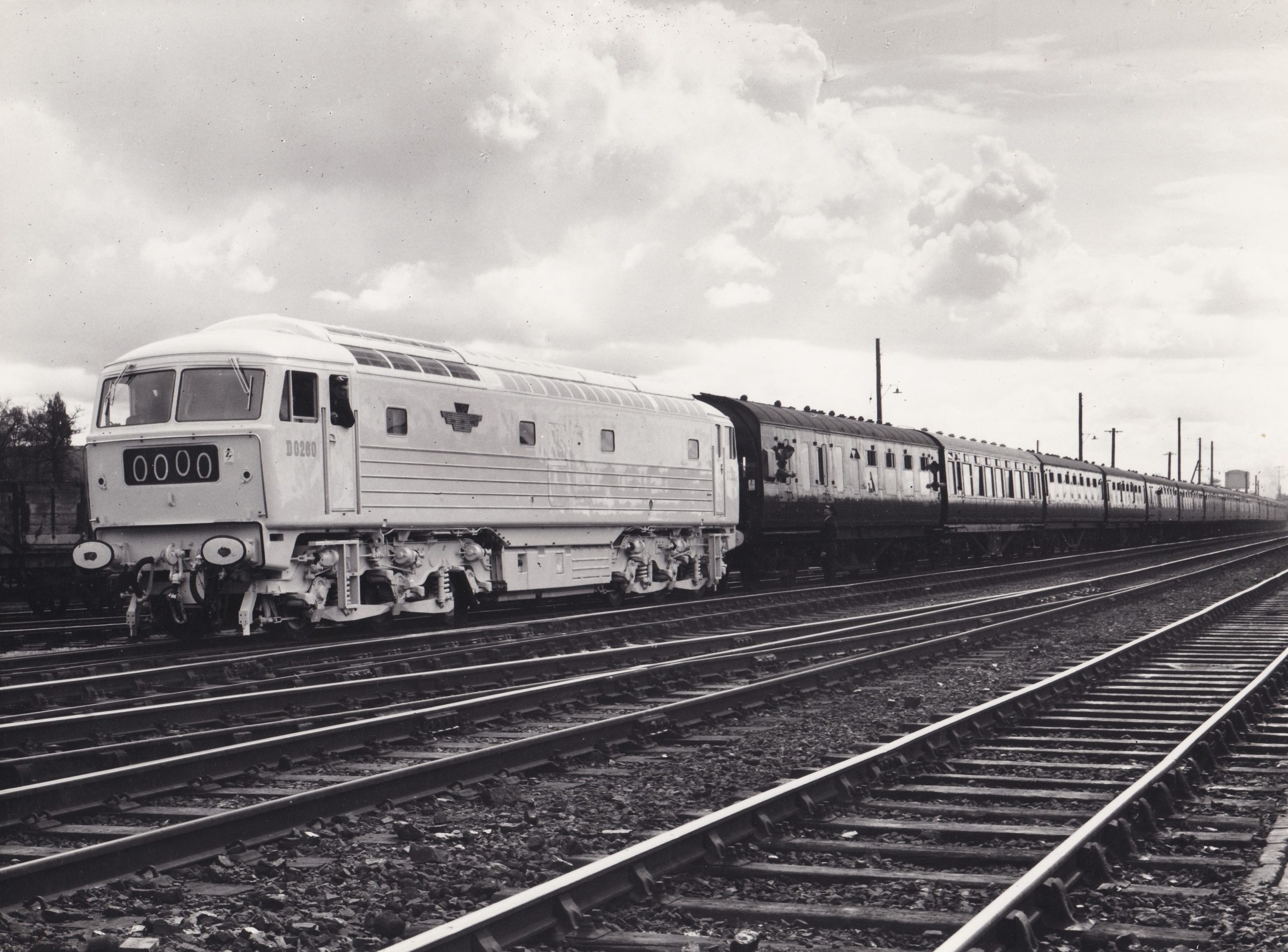 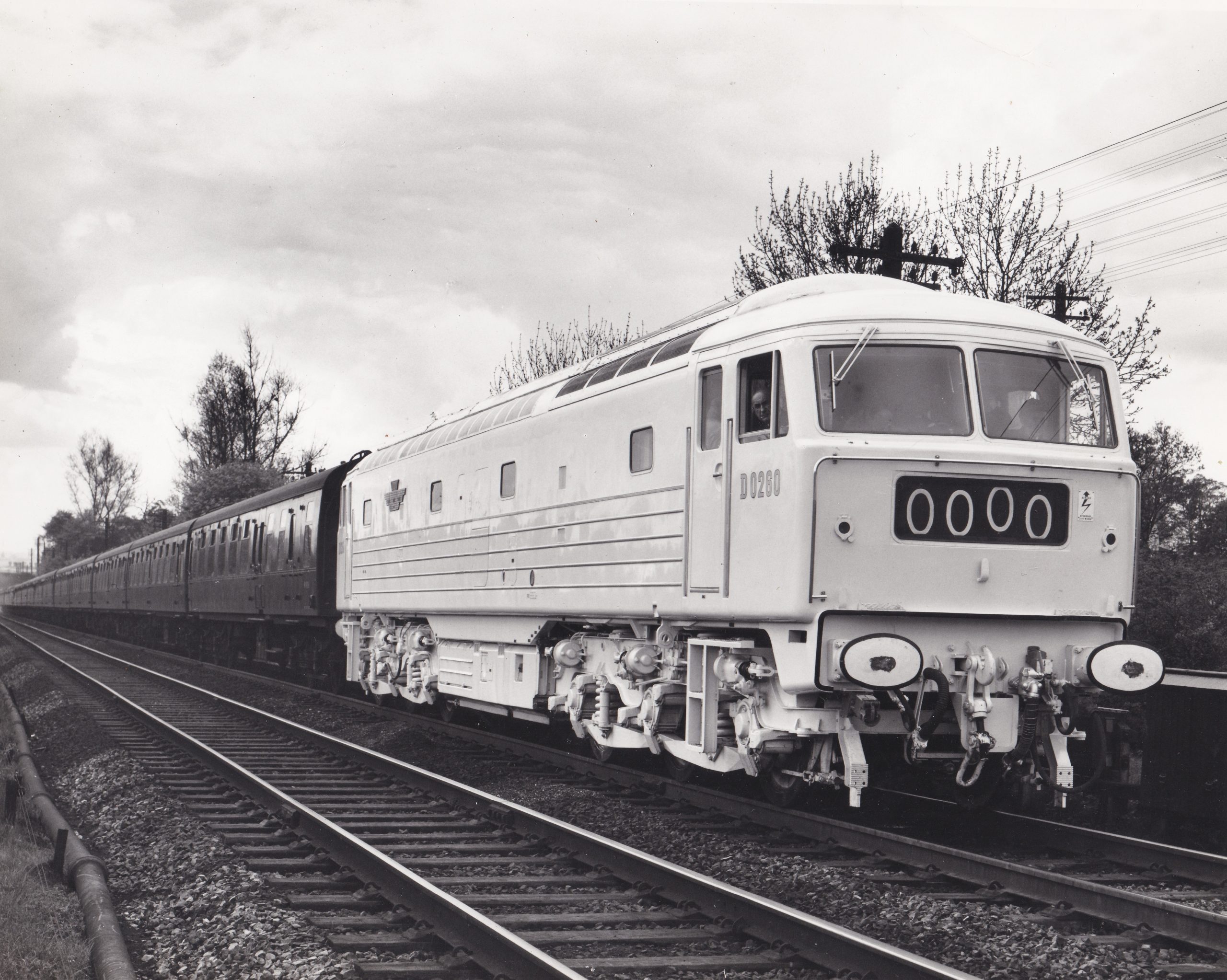 ‘LION’ with a trailing load of 648 tons , 20 coaches, about to ascend the 1 in 38 Lickey Bank near Bromsgrove. Ian Davis – The Davis Family Album

‘LION’ was completed at the Smethwick Works of the Birmingham Railway Carriage & Wagon Company in April 1962. Trials followed, seemingly between Smethwick and Banbury, Kidderminster and Shrewsbury. Actual observations are though sort to confirm this.  The above pictures are evidence though of trials taking place on Lickey Bank, these were released on 23rd May 1962. ‘LION’ was released on 25th May 1962 and the commerative picture below was presented to those involved with the project. 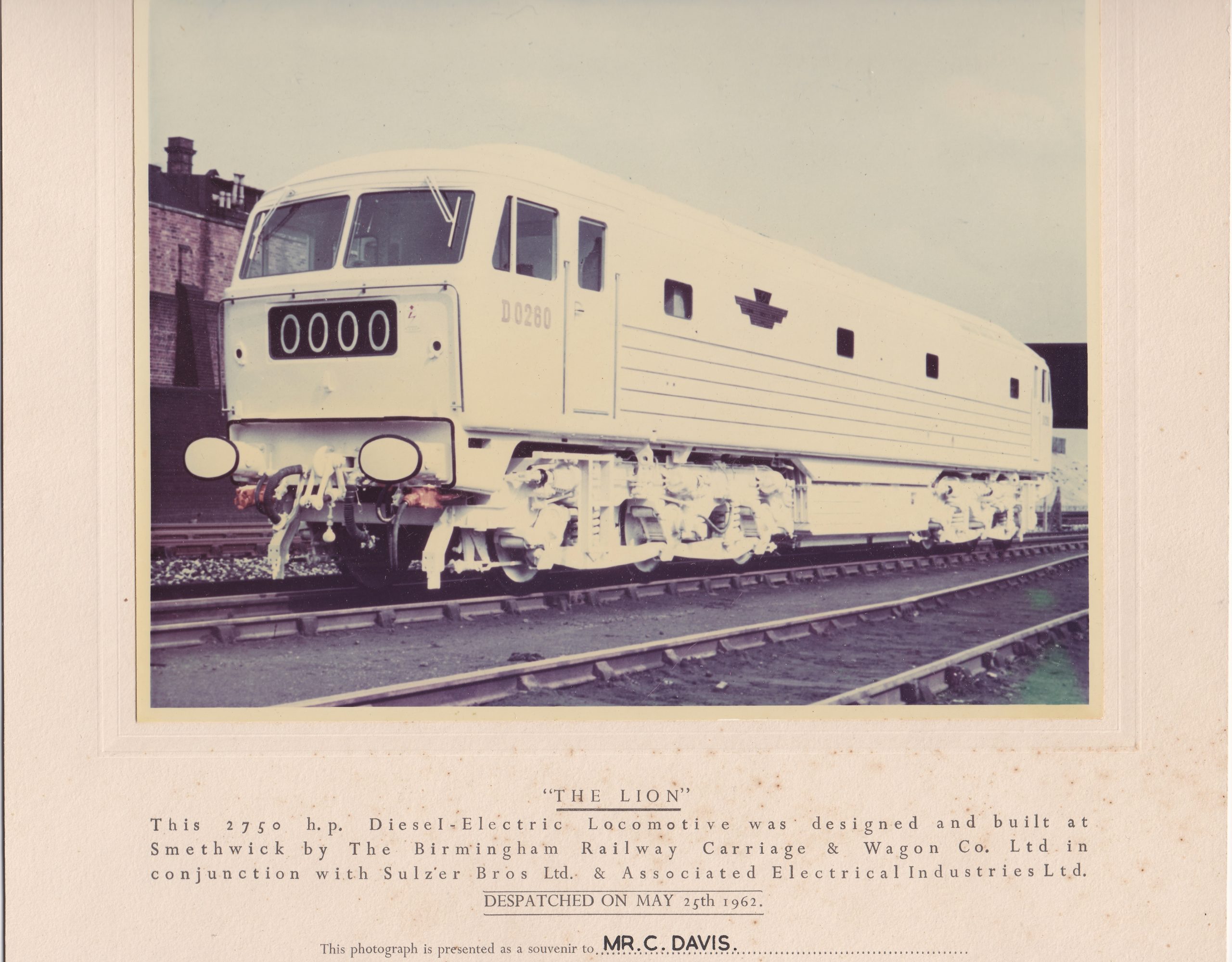 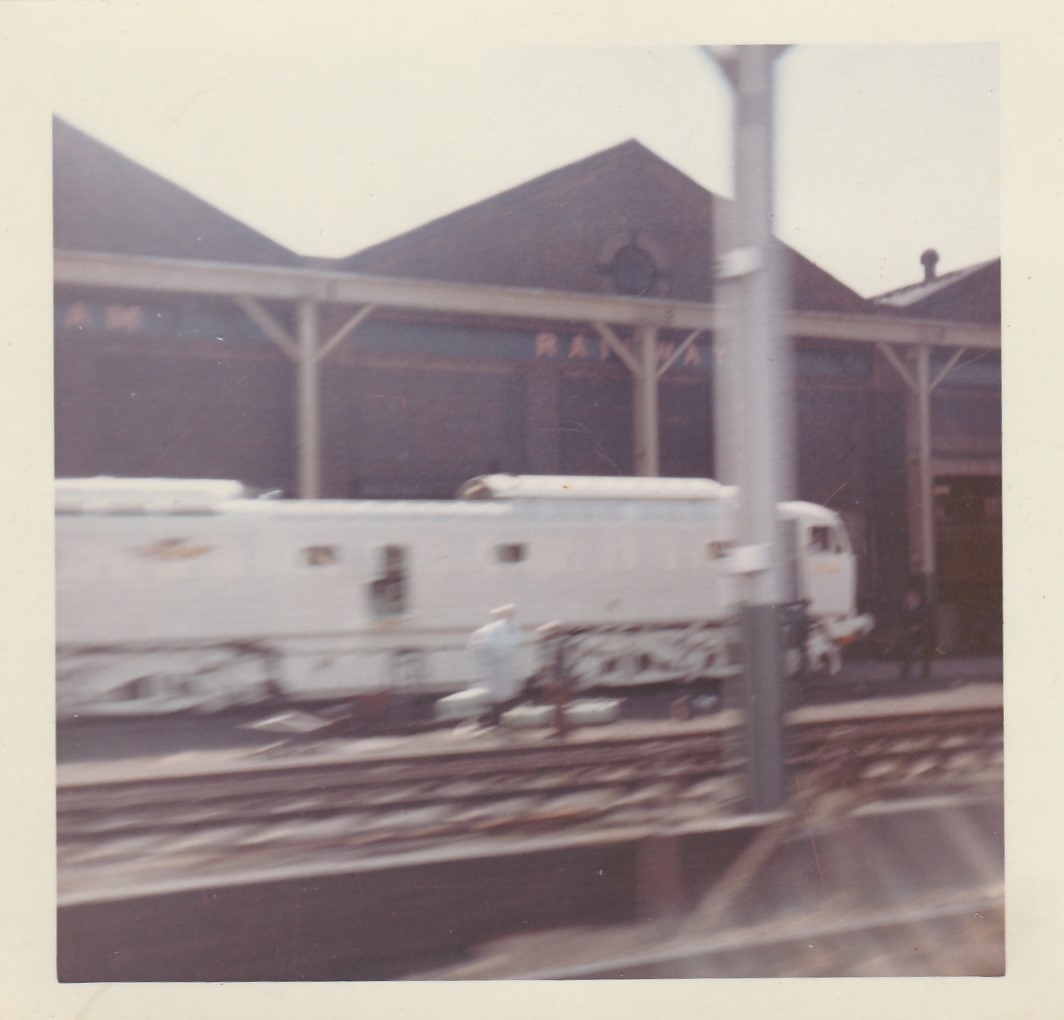 Despite the photographer being caught unawares and not sure of the date, other than 1962/63, this picture taken from a train passing the Birmingham Railway Carriage & Wagon Company, Smethwick works is of particular note. Clearly it was receiving significant attention at the time. Is it possible recollections of seeing it in this condition at the time are the reason why it has been recorded in some texts as being scrapped here.   Charlie Sadler

The locomotive was then trialled with British Rail on the Western Region based at Stafford Road, Wolverhampton for over a year. ‘LION’ did though make frequent visits back to Smethwick and appears to have spent a long period from September 1962 until March 1963 there. Observations made in this period would be particularly useful so as to build up a clearer understanding of when and where the locomotive was used. In September 1963 ‘LION’ left the Western Region and was trialled on the Eastern Region, based at Finsbury Park, London. It did though suffer a number of problems during these trials. Published information differs as to when the trials came to an end with various dates in the winter of 1963/1964 quoted. Although no sightings of ‘LION’ in use during 1964 have yet been submitted to us, published elsewhere is a report of a failure occurring on January 20th 1964 near Huntingdon, whilst hauling the down “Sheffield Pullman”. It is reported that ‘LION’ managed to complete the journey, but was subsequently moved to BR’s Doncaster Works for inspection. Subsequently, on February 13th 1964 ‘LION’ was observed being hauled by D9008 running as “0D01” which was a Finsbury Park to Doncaster Works working. Four days later it was sighted in Doncaster Works. This being the last known sighting prior to it appearing at AEI’s works at Attercliffe Common in Sheffield some months later.

A much more detailed history of ‘LION’ can be found at Class47.co.uk – LION which is continually being updated as information emerges and well worth a look. 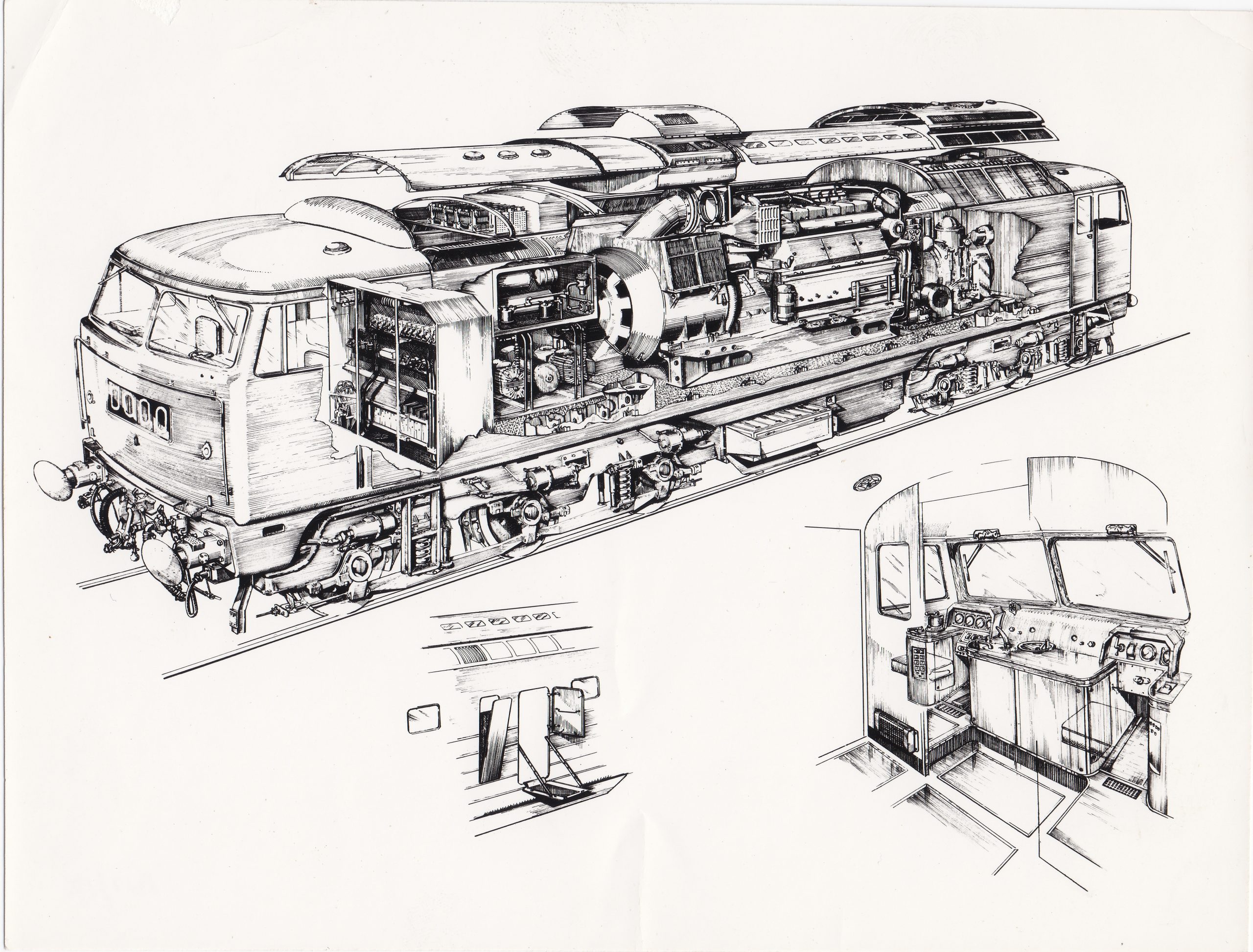 In recent years there has been much debate as to where ‘LION’ was actually located from February 1964 onwards. What is now certain though is that sometime in the Spring of 1964 ‘LION’ was moved to the AEI works in Sheffield, something that appears not to have been reported at the time. Did it actually go direct from Doncaster Works to Sheffield though? 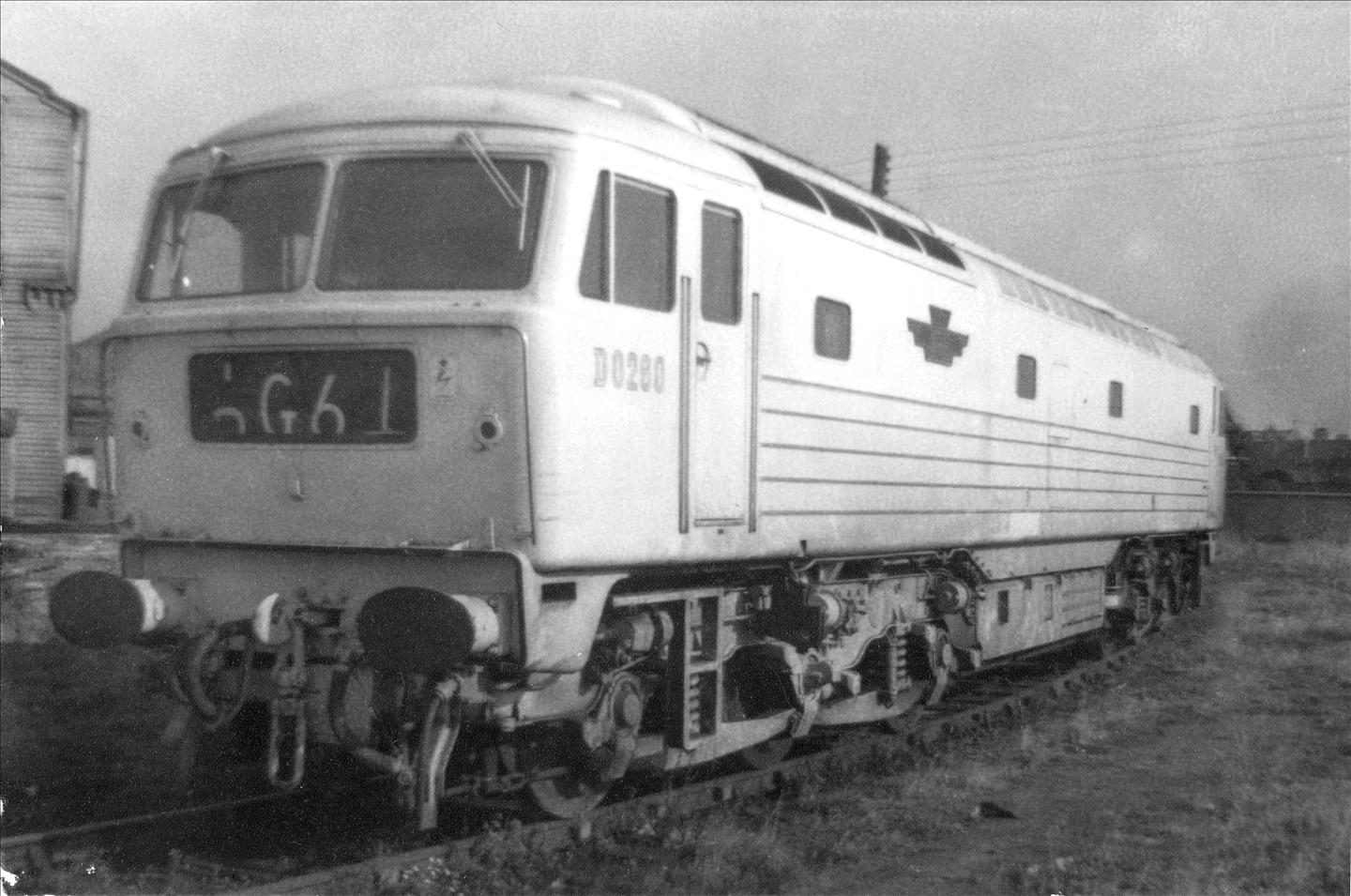 D0260 LION in work stained condition outside the Crimpsall end of Doncaster Works, but when was the picture taken? Â  Peter Hall Collection 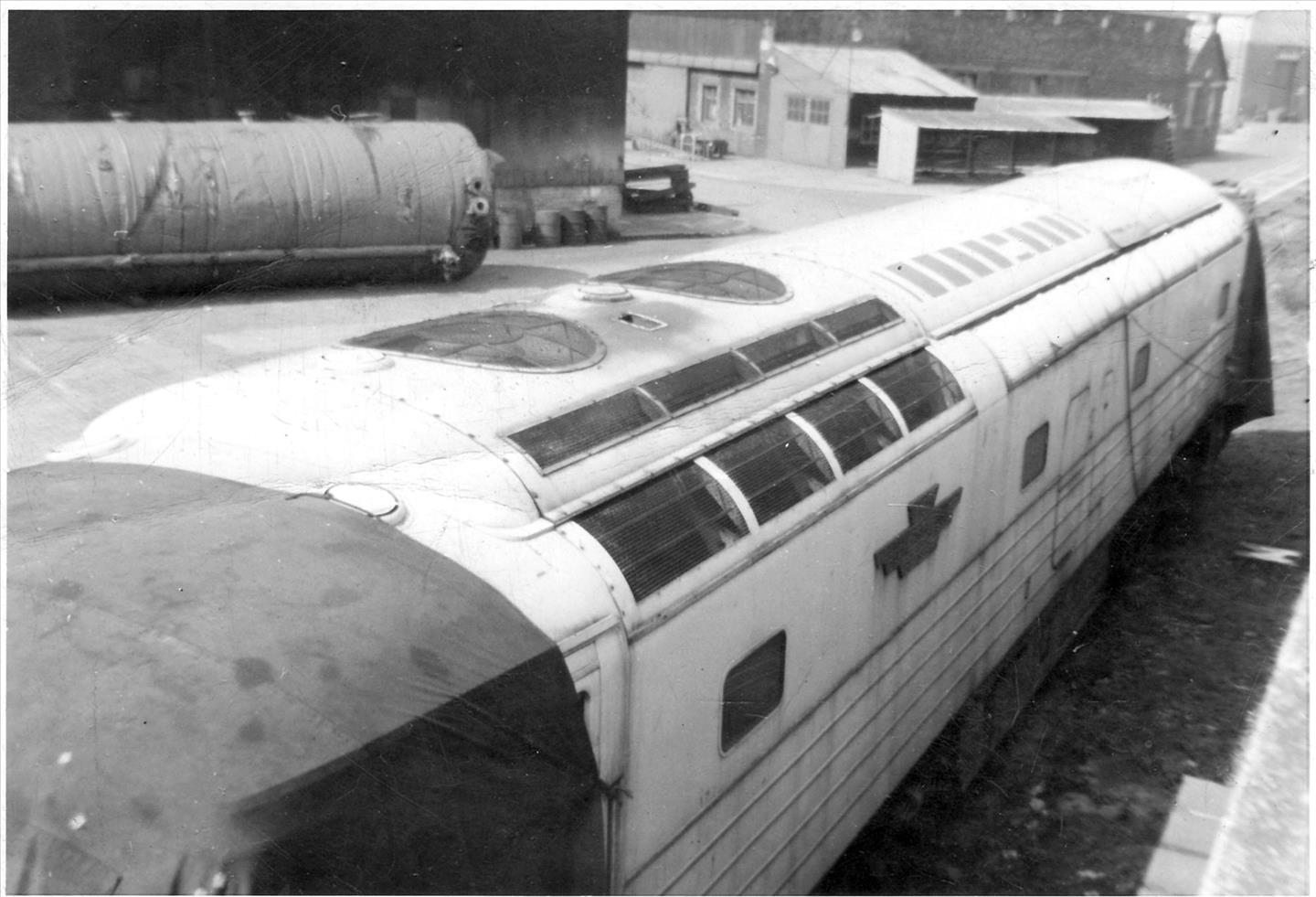 Evidence that D0260 LION spent its final months in Sheffield! This picture was taken in the Attercliffe, Sheffield works of AEI after the locomotive was taken out of use. The date the photograph was taken is not known but was probably in the Spring of 1964. Â  John Wade

Sheffield area enthusiasts who took an interest in diesel locomotives in the mid 1960’s often report seeing D0260 ‘LION’ at the AEI works in Attercliffe during the Spring of 1964. No photographs were though known to exist to confirm this. That was until well known local enthusiast John Wade produced the above picture which he had taken himself. John has not yet been able to trace the date he took the picture but is certain it was in 1964. Comparison with other pictures confirms that it is indeed the AEI works. Those enthusiasts who saw ‘LION’ at Attercliffe are all of the opinion that it was scrapped either in the AEI works or at the adjacent yard of T. W. Ward, although no claims to having ever seen it being cut up have been made. However, recently a chap (pseudonym Hilldweller) who was an apprentice at the AEI works has made available his recollections regarding the demise of ‘LION’. Hilldweller says in his own words “I served an apprenticeship at Associated Electrical Industries’ Attercliffe Common, Traction Division Works. Around 1964/1965 a large diesel-electric locomotive was brought down the single track siding from Broughton Lane Station. It’s name was White Lion and it was a prototype locomotive made by AEI. The story was that it had undergone trials on the rail network and had been dogged by technical problems. It was painted in what appeared to be white primer and was very striking. The loco was backed up to a point at the end of the main service road and all the major components (engine, generator & motors) were removed over a period of time. I was allowed to scrounge some of the instruments from the cab which I kept for some years. It would appear that a bit too much equipment was removed (the brake system) because one day the locomotive started rolling back down the line, demolished a set of small level crossing gates and ran the length of the back of the works, making a horrible groaning noise as it went. When it reached the end of the line it ran through the buffers and finished up partly through a sectional concrete wall/fence into the scrapyard of Tommy Wards which ran around the end of our works. There was a bit of a cover-up as I remember and the crash site was out of bounds, but I understand that the loco was pulled the rest of the way through the fence and scrapped … When I eventually managed to have a look, the concrete fence was repaired with no sign of White Lion.” Further observations and comments on this aspect of the ‘LION’ story would be very much appreciated but is conclusive evidence as to where it met its end.

In order to build up a better understanding of where ‘LION’ was located anyone who observed the locomotive is asked to submit their observations to Peter Hall giving details of date and location observed.  Please also give any additional information such as train details.

A member has been in contact saying he distinctly remembers seeing ‘LION’ at Liverpool Lime Street.  Does anyone know when ‘LION’ visited Liverpool and have any other details of the visit. 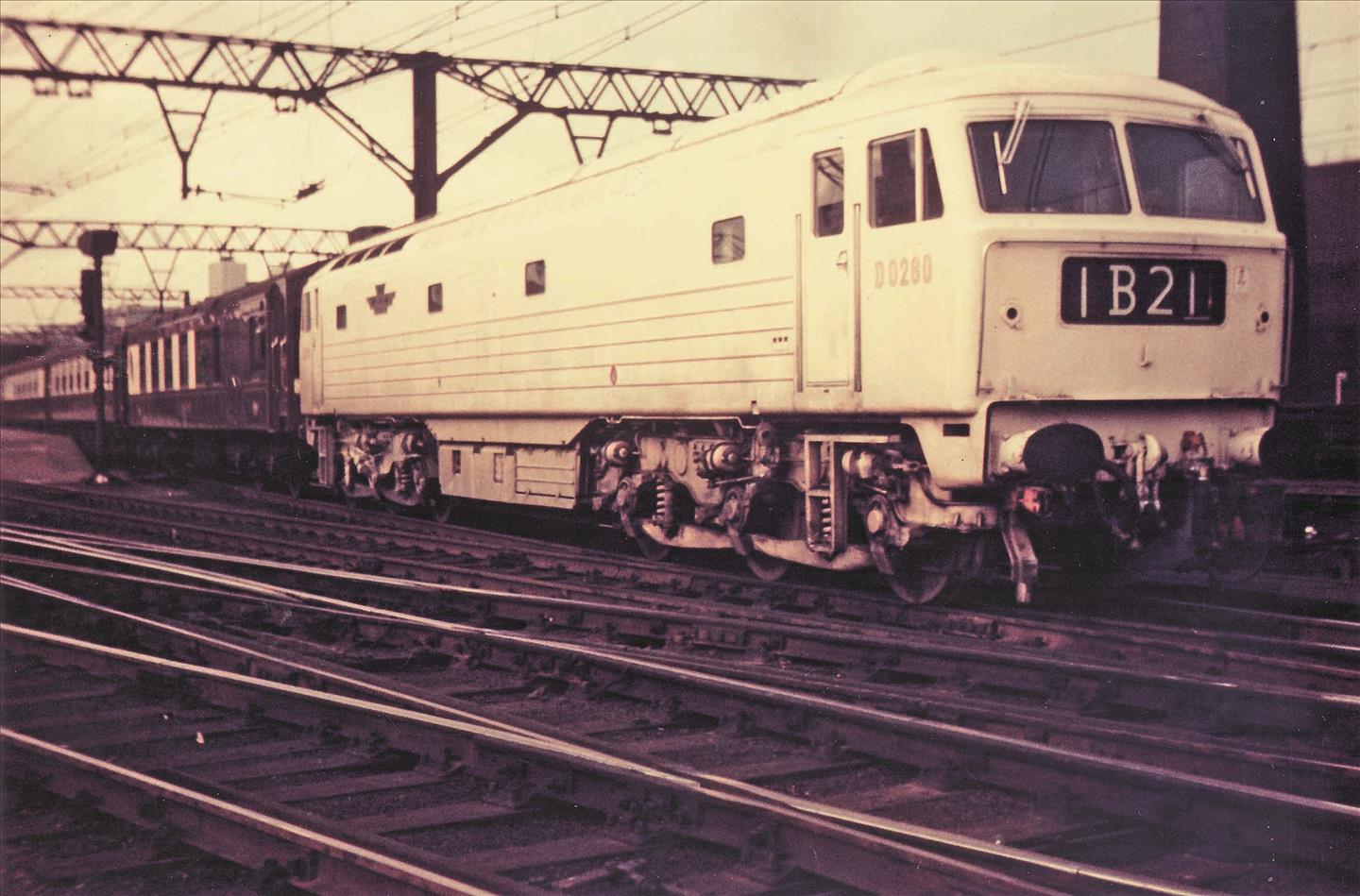