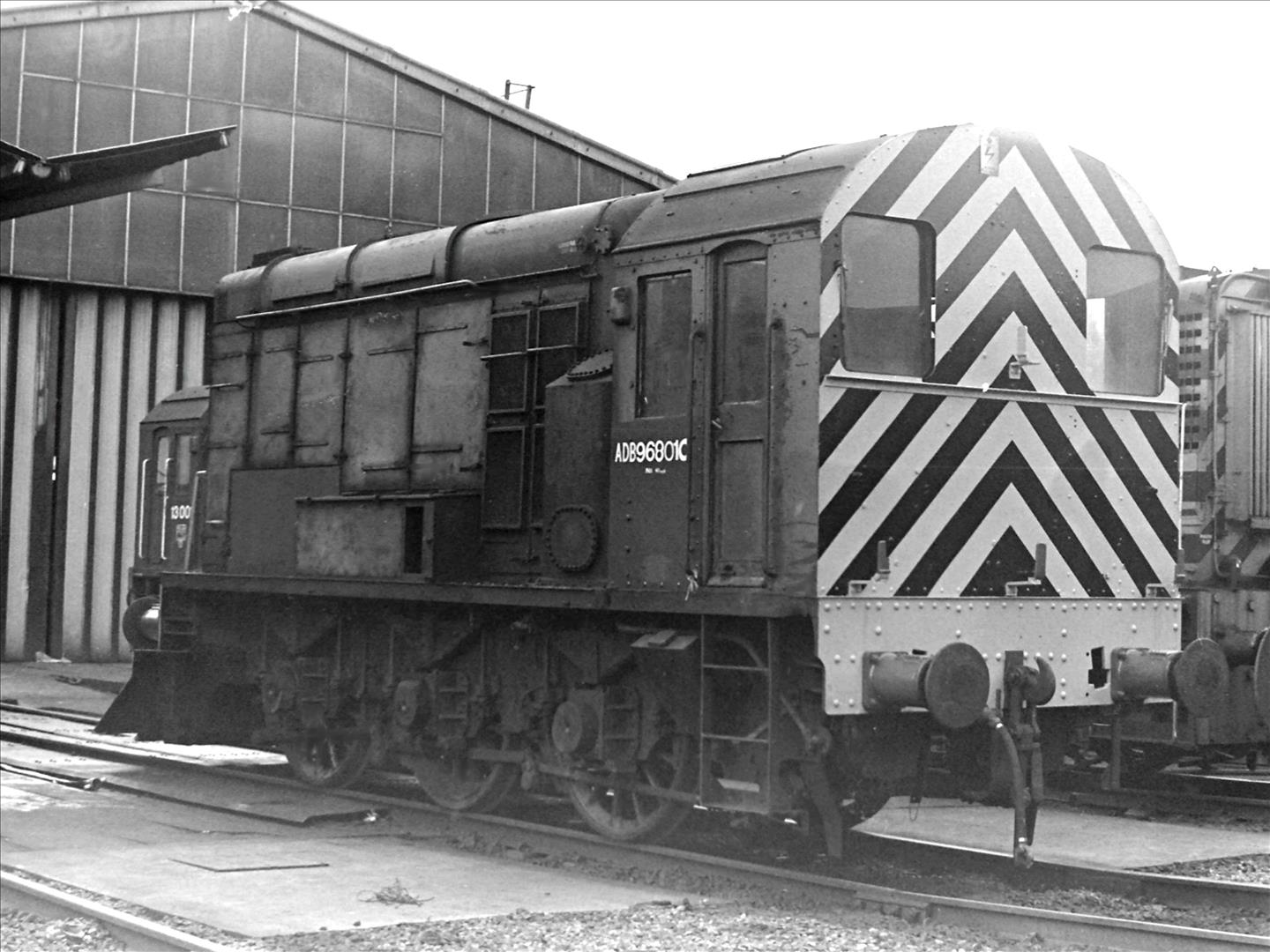 An undated picture of ADB968010 at Tinsley Depot   John Wade 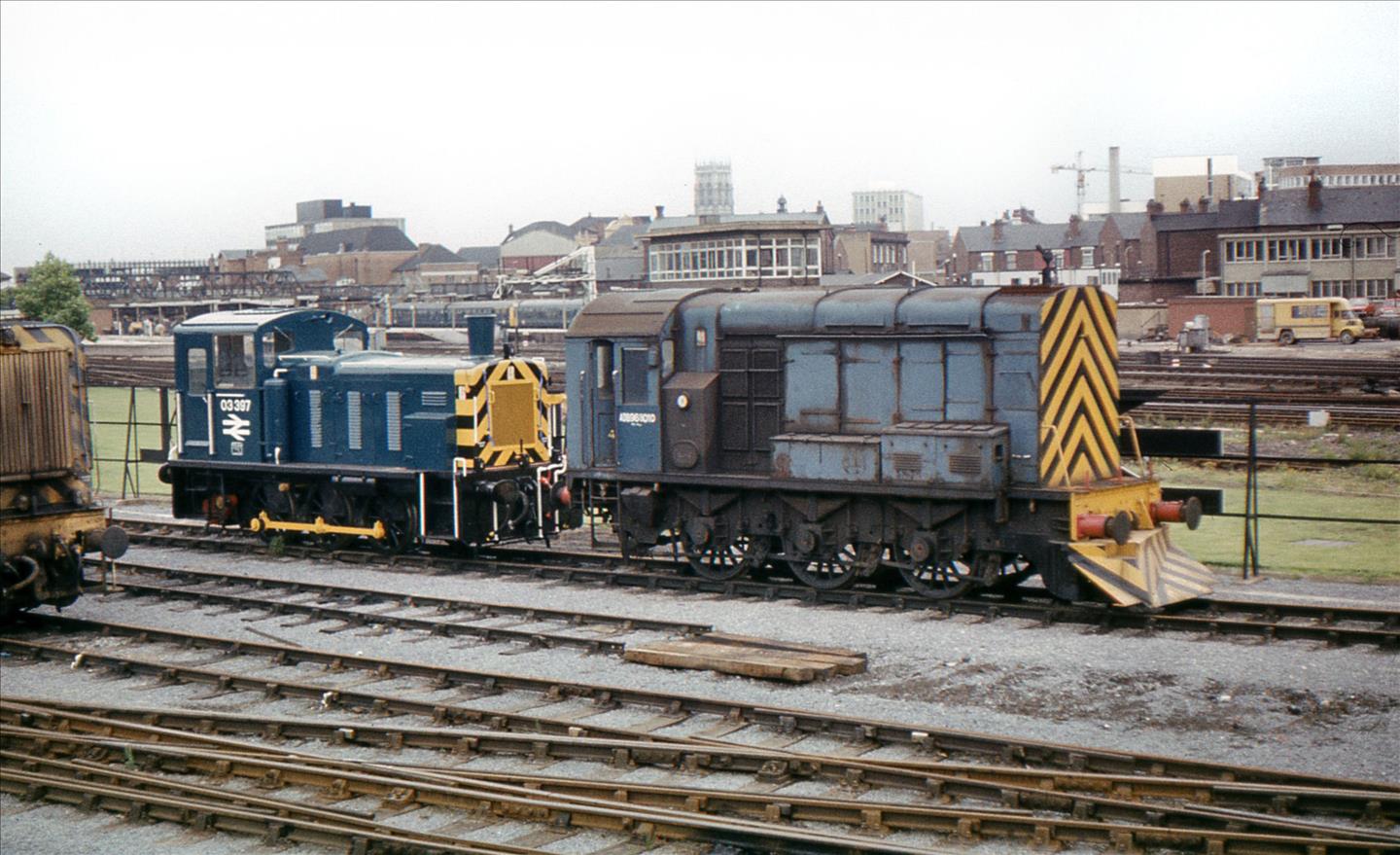 Converted at Doncaster Depot in 1977. Initially numbered ADB966513, this was soon changed to ADB968013 in error whilst at Doncaster Depot. Once the error was realised the final digit was painted over but the correct digit ‘0’ was not applied until a couple of months later. The number DB966513 was actually also carried by a sludge tender based at Watford whilst the number ADB968013 was intended for a Class 31/0 conversion to a Carriage Heating Unit. ADB968010 subsequently moved to Tinsley Depot. Scrapped at Doncaster Works in 1979.