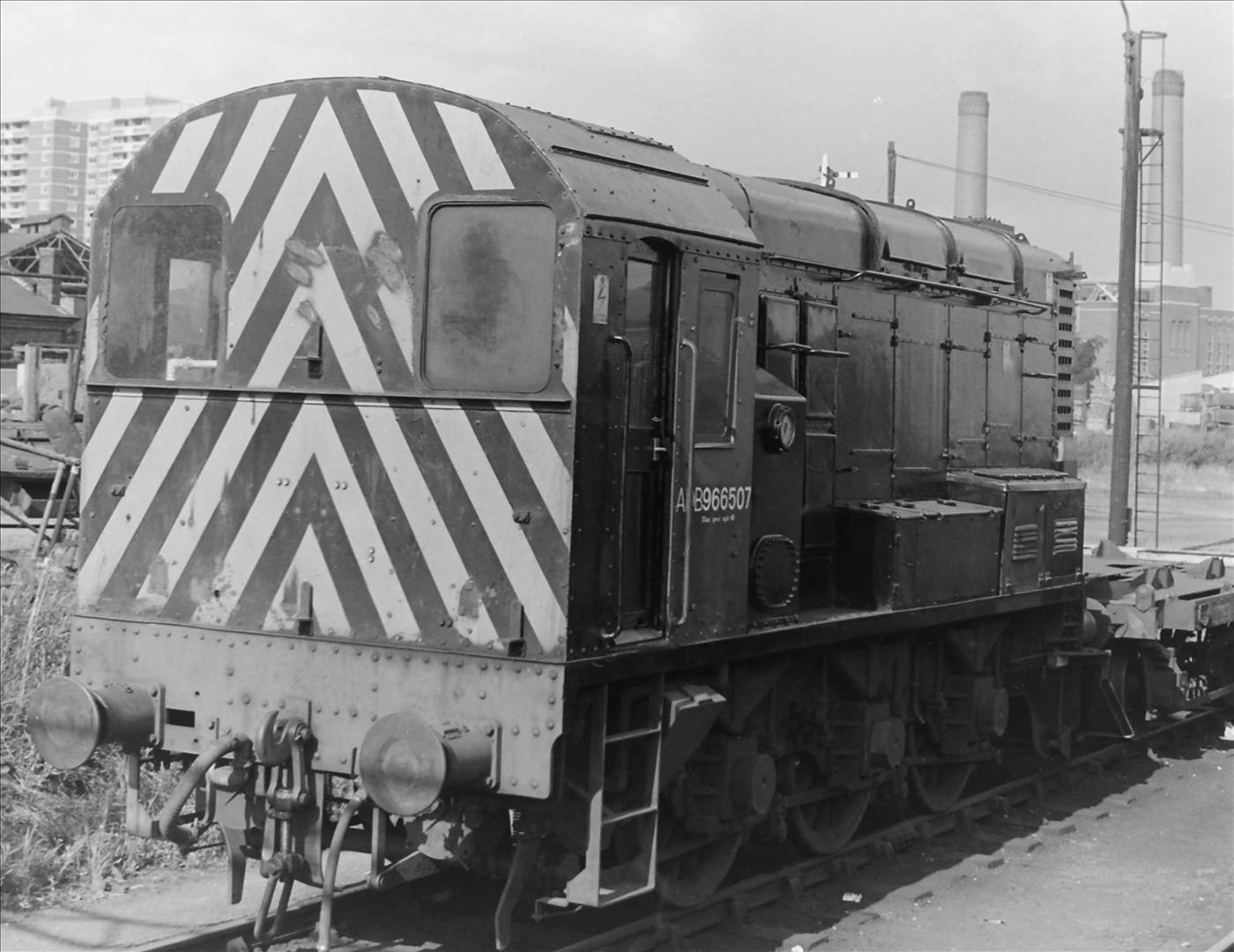 This picture of ADB966507 was taken at Lincoln Depot in 1974. Normally those based at Lincoln were to be found at the former steam depot site at East Holmes.   John Wade 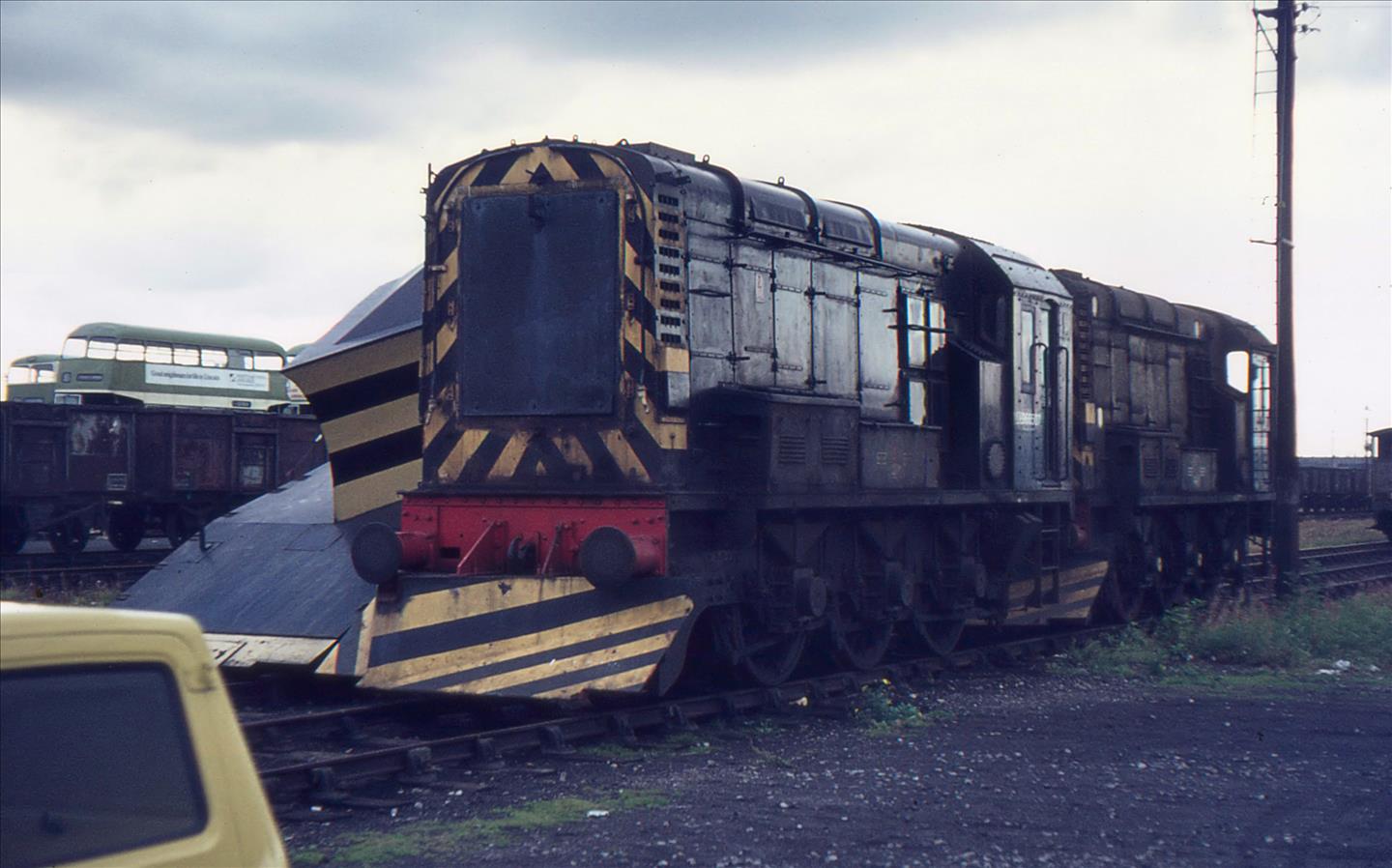 Converted at Doncaster Depot in 1973/1974. Actual re-numbering probably took place in December 1973 as it still carried the number 3006 on 25th November 1973. It was initially located at Doncaster Depot but after a short time it moved to Lincoln were it is recorded as arriving on 11th February 1974 (p.130 3/74 RO). Sightings of this at Lincoln are particularly sought in order to establish exactly where at Lincoln this was berthed during its period there. In early 1976 it moved to March Depot and around that time both it and ADB966508 also located at Lincoln lost their ‘A’ prefix. Although ADB966508 subsequently gained a ‘T’ prefix this does not appear to have subsequently been prefixed. Scrapped at Doncaster Works in 1979. 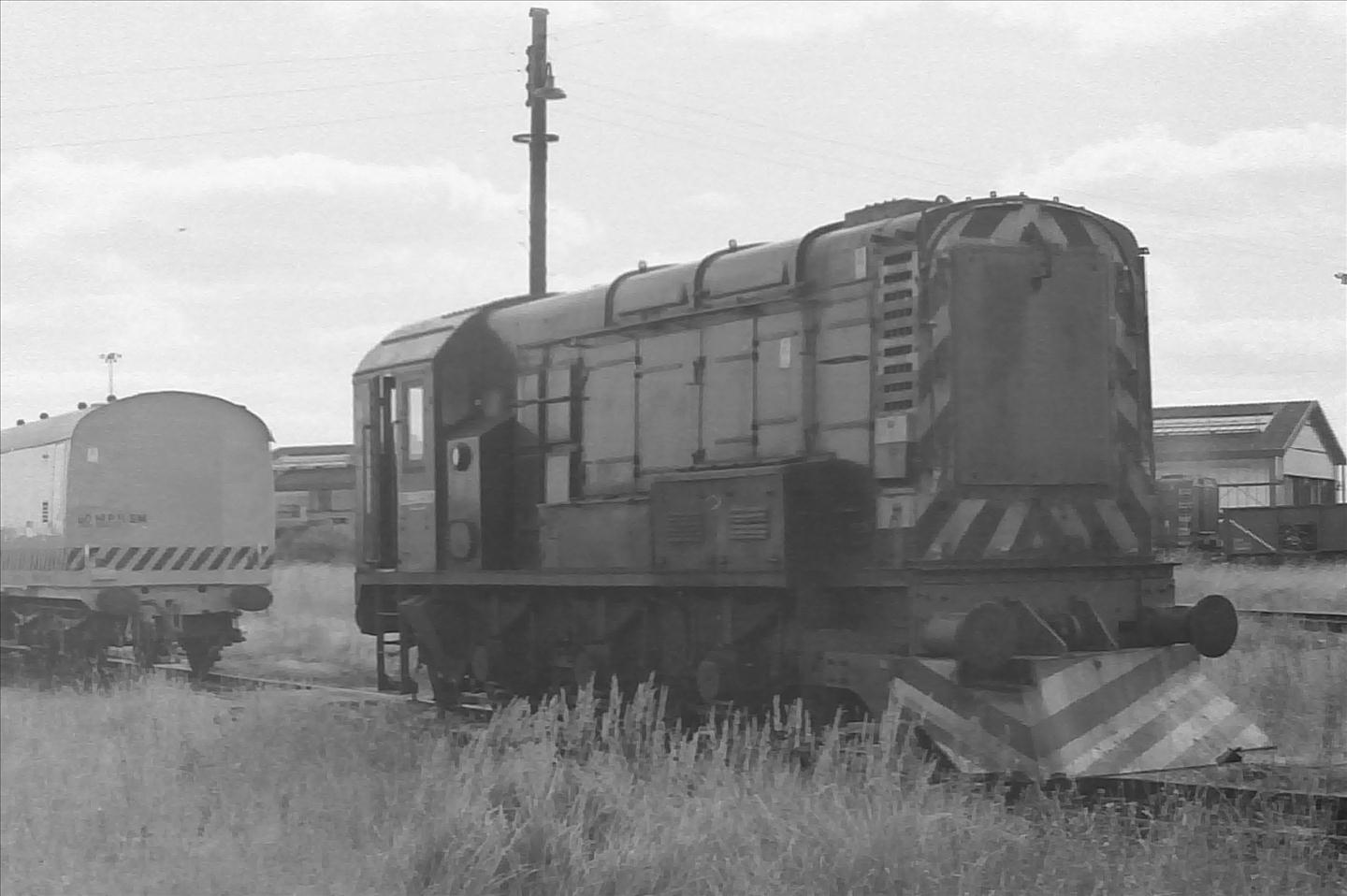 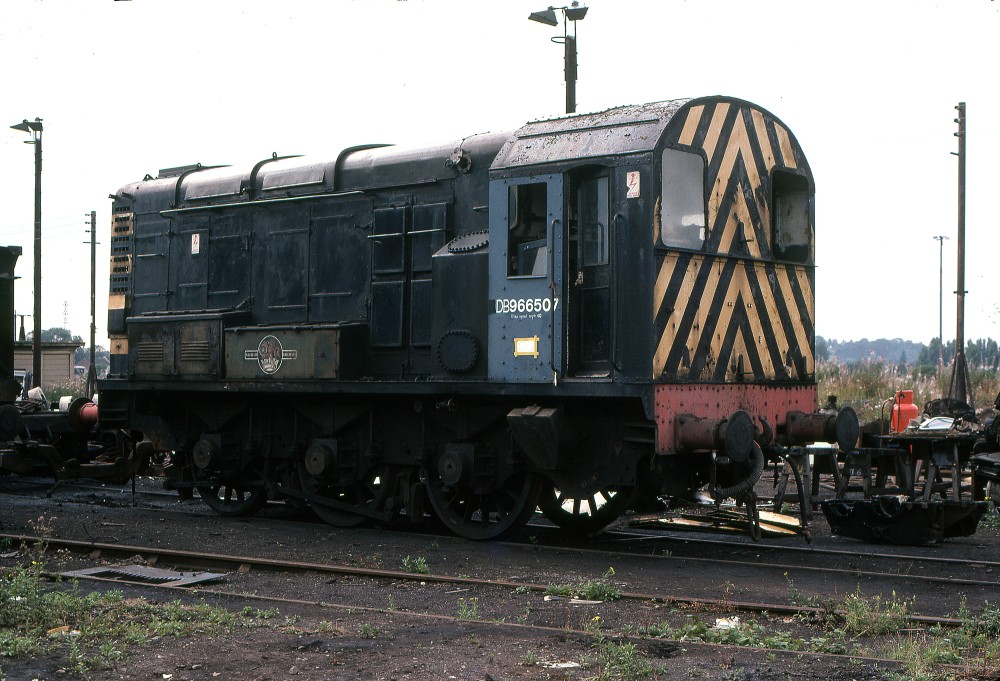 Possibly the last picture taken of ADB966507, by then numbered DB966507, located in the scrapping area of Doncaster Works on 19th August 1979. Dismantling having started.

Tony Willmore who took the above picture of ADB966507 in its final days notes that it shows the leading A had been removed by this time. Also that the axle-end cranks had been removed or chopped around, this presumably as a result of the rough riding mentioned elsewhere in relation to these devices.