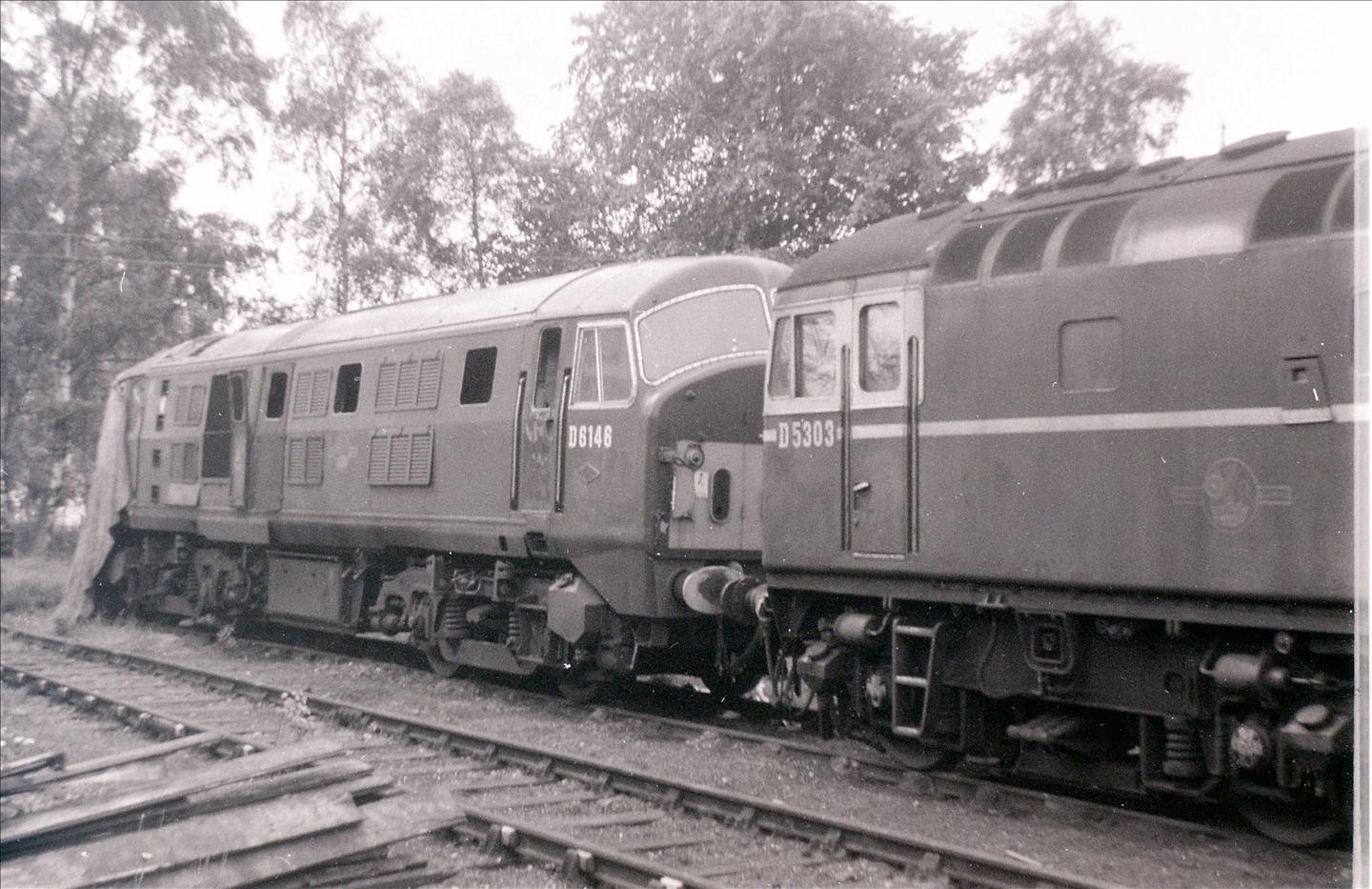 D6146 was photographed at Inverurie Works on 10th August 1965 a few months after it had arrived with accident damage. Even by this date it looks unfit for movement by rail suggesting that this may well have been where it was scrapped in 1968   David Bromley

Inverurie Works was not normally associated with diesel locomotive scrapping in the 1960s, but it now appears certain that two locomotives were scrapped there in the autumn of 1968, these being Class 24 D5051 and Class 21 D6146. Interestingly though there appears to have never been a reference to their final demise in the RO. The RO does record both still present on 28th August 1968 (p.403 11/68 RO) but nothing after that. It should also be noted that the October 1968 issue of Railway Locomotives published by the British Locomotive Society also reports D6146 being present on 28th August with the additional note “awaiting breakers yard”.

Details of their disposal actually appeared in Railway Magazine (p.180 3/69) where they are recorded as having been scrapped at Inverurie Works by January 1969. D5051 has always been recorded as such in the various disposal books although the quoted date for scrapping of 8/68 given in many appears slightly premature in light of the above RO reference , additionally Roger Harris records it still intact on 21/9/68 (p.7 The Allocation History of BR Diesels & Electrics – Part Two). 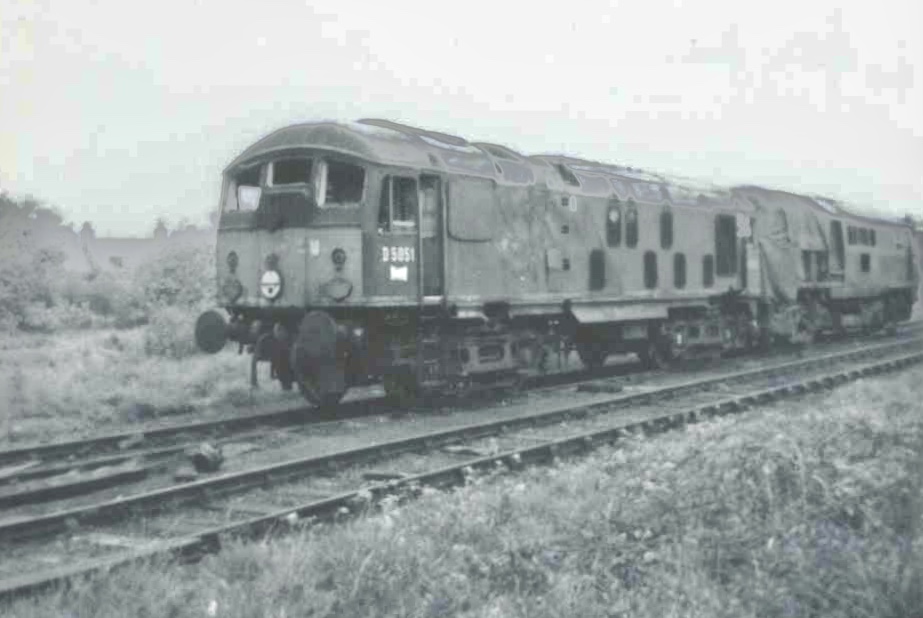 Interestingly almost every diesel disposal book lists D6146 as scrapped at J. MacWilliam & Sons, Shettleston – in either June or August 1968 where a date is given. It is only David Strickland (p.75 Locomotive Directory) and Roger Harris (p.67 The Allocation History of BR Diesels & Electrics – Part Five) who actually give the scrapping as taking place at Inverurie Works. The latter book gives September 1968 as the month of scrapping which appears more likely to be correct than the former which gives August 1968. It is true to say that the RO gave D6146 as sold to J. MacWilliam (p.246 7/68 RO) along with 22 others but notably it was the only one of those listed at Inverurie Works at the time. As this appears to be the only traced reference to a J. MacWilliam & Sons connection with this locomotive, is it possibly an error never corrected? Alternatively, was the sale cancelled as a result of a realisation that the locomotive was not fit for rail movement from Inverurie to Shettleston. No reference to D6146 being anywhere other than Inverurie Works since it arrived with collision damage in April 1965 has ever been traced which further supports this being where it met its fate.

One possibility is that D6146 and possibly also D5051 were sold to J. MacWilliam & Sons whom actually then scrapped them on site at Inverurie Works although this would appear unlikely. At the time Inverurie Works was being run down prior to closure and as such the scrapping of a couple of locomotives would have been an obvious way of keeping a few men busy.

It has to be concluded that the reason why so many disposal books list D6146 as being scrapped at J. MacWilliam & Sons, Shettleston is that they have repeated what had already been published in earlier books. The author of the first of these, Pronounced Life Extinct, obviously based his entry, in error, on the July 1968 RO reference.

Should anyone have further information regarding the accidents involving D5051 and D6146 and their subsequent histories at Inverurie please make contact. Also, any pictures of the locomotives at Inverurie would be very much welcomed.