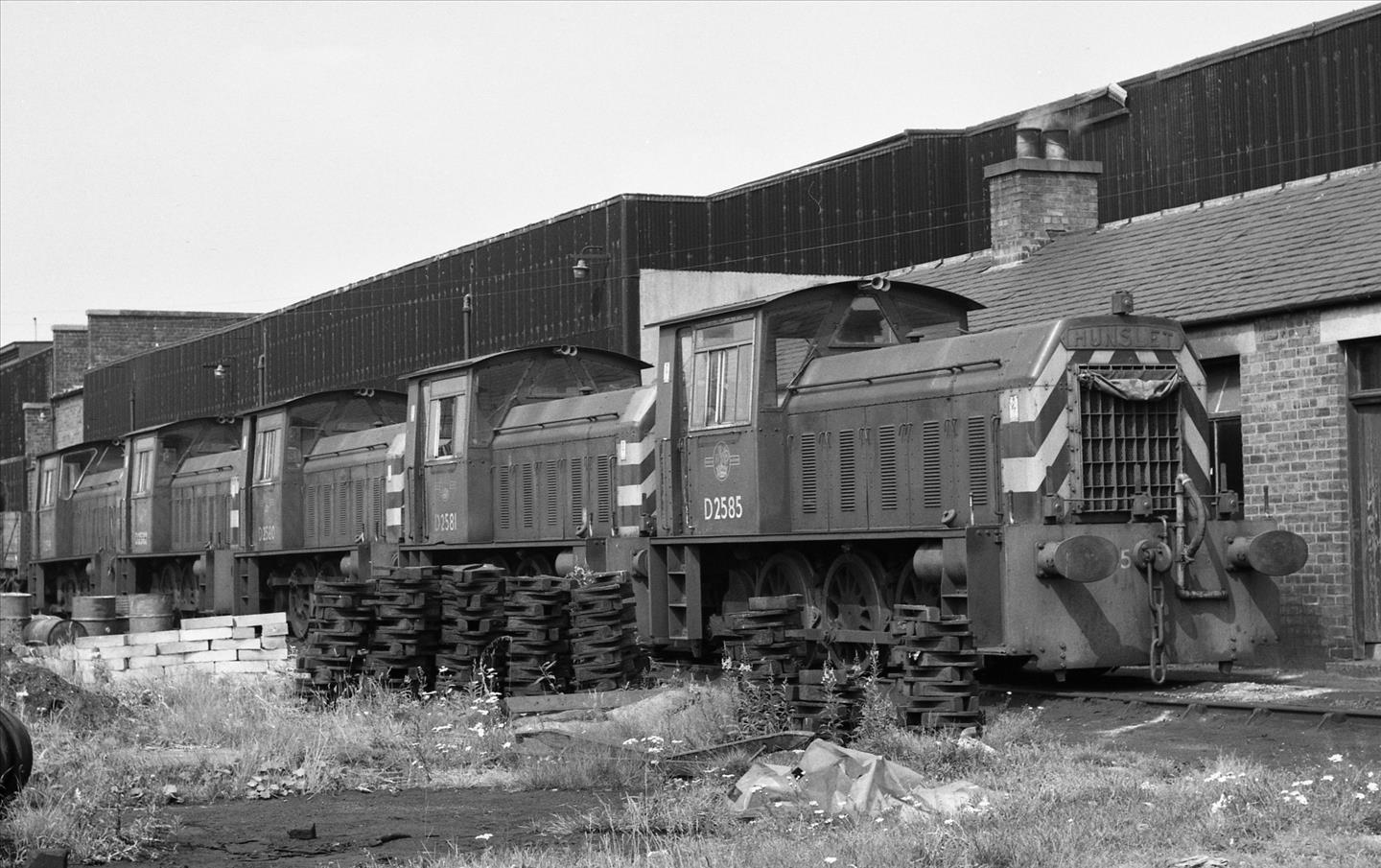 Twelve shunting locomotives built by the Hunslet Engine Company, numbered D2574-D2585, were delivered to the Scottish Region in 1958 and 1959. They saw less than ten years service with British Rail before being withdrawn in 1967 & 1968.

A particular reason for the associated Class 06 observations in the 1950s, 1960s, 1970s and 1980s query was to get a better understanding of where such locomotives based in Fife could be observed in the late 1960s and 1970s. As the Hunslets were withdrawn from Thornton the Class 06s arrived and took over many of their duties, it is therefore sensible to also consider them. Thus in order to also get a better understanding of where the Hunslets could be observed, observations of the various locomotives in the late 1950s and 1960s are sought.

Listed below are the various locomotives. By clicking on a particular locomotive you will be taken to a page giving brief historical details and any observations so far submitted. Further observations should be submitted to Peter Hall including date and location.