Arrived at the Railway Technical Centre (RTC), Derby in the Spring of 1972 as a replacement for D8512. Although based at the RTC it does appear to have spent a considerable amount of time on the southern half of the West Coast Main Line. Like D8512 it was regularly to be found at Wilmslow, where it is understood the RTC had an outstation, in the company of Test Coach “Hermes”(RDB975081) and also at Willesden, Crewe Electric and Longsight Depots. It would also appear to have also been used regularly with Test Coach “Mentor” (ADB975091) and Test Coach “Mercury” (RDB975280). Use elsewhere appears to have been extremely limited although in August 1972 it visited Swindon Works to collect an overhauled “Hermes”. The RO (p.135 4/73) also records that on 13th February 1973 it was was worked north from Kingmoor to Slochd summit along with “Hermes” to enable A.P.T. transponders to be tested under snow conditions. The report does not make it clear whether this move was made under its own power or not. Subsequent to this it appears to have spent a prolonged period in Derby Works from where it was not relaesed until late 1974. It appears to have been taken out of use at the RTC during 1978 and left that Autumn for Glasgow Works where it was scrapped. 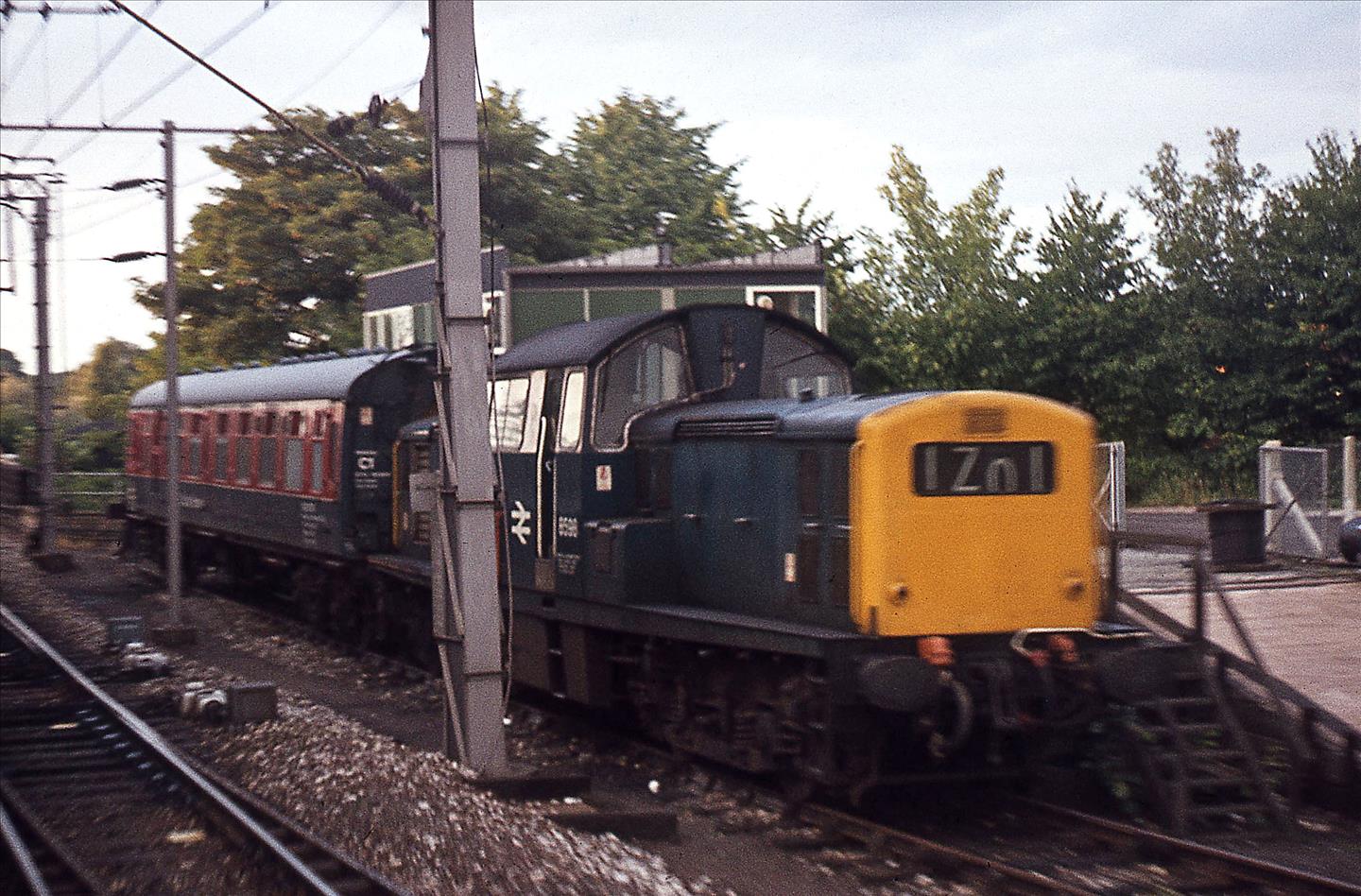 8598 is pictured at Wilmslow were the Derby boffins had an outstation on 14th July 1975 coupled to Test Coach 'Hermes'. 8598 and 8512 before it were regularly seen at this location.   Richard Clayton 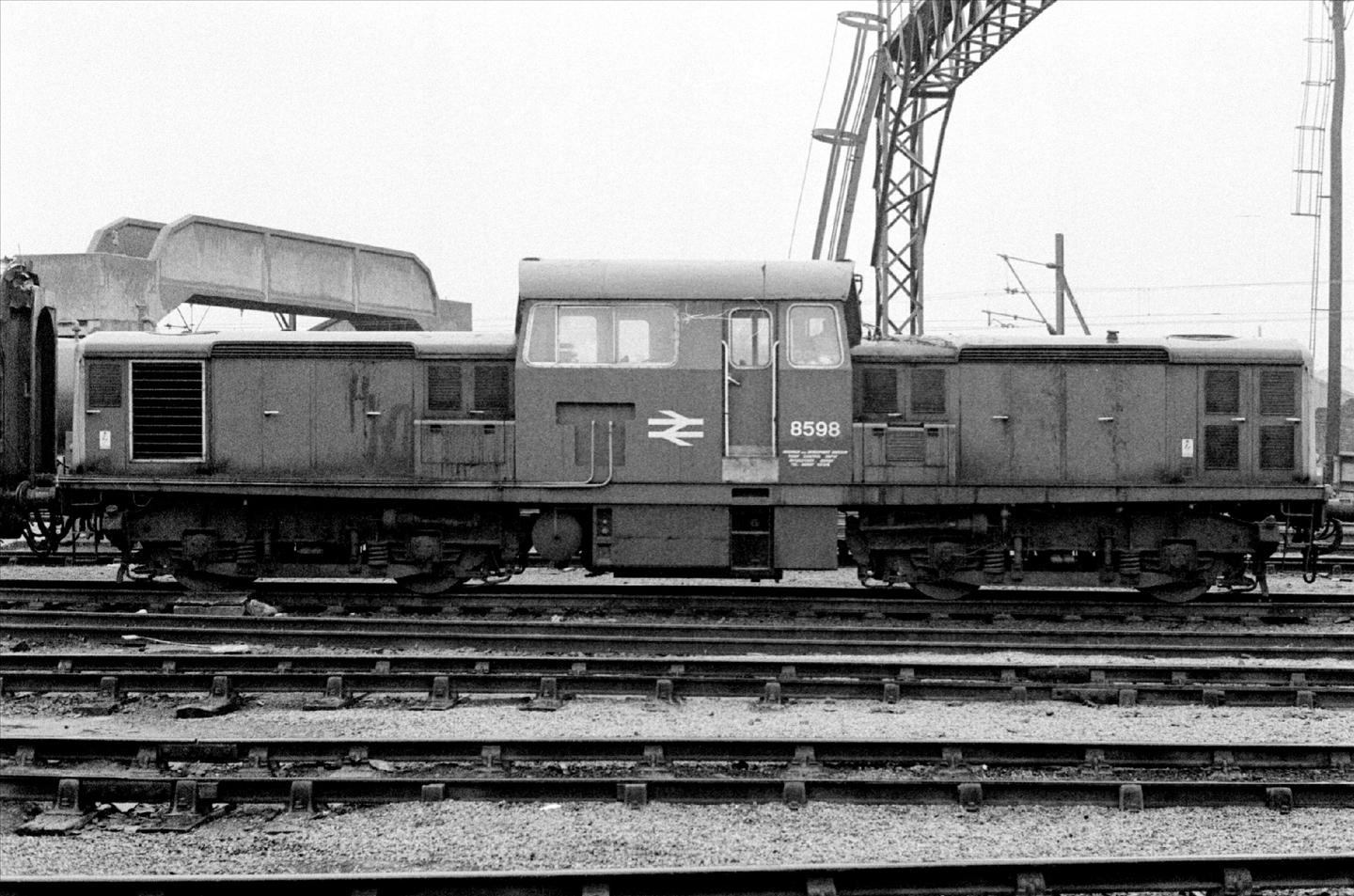 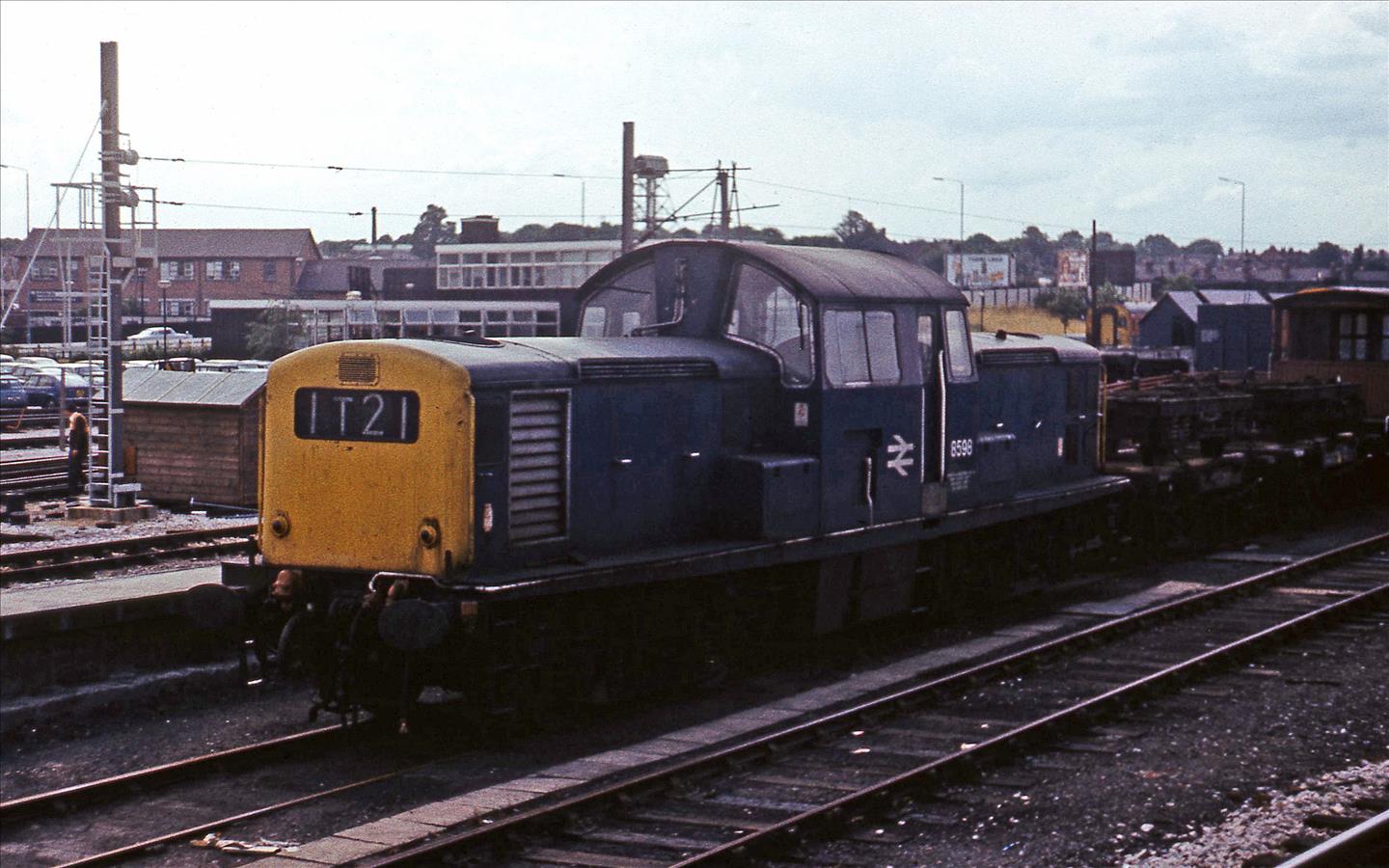 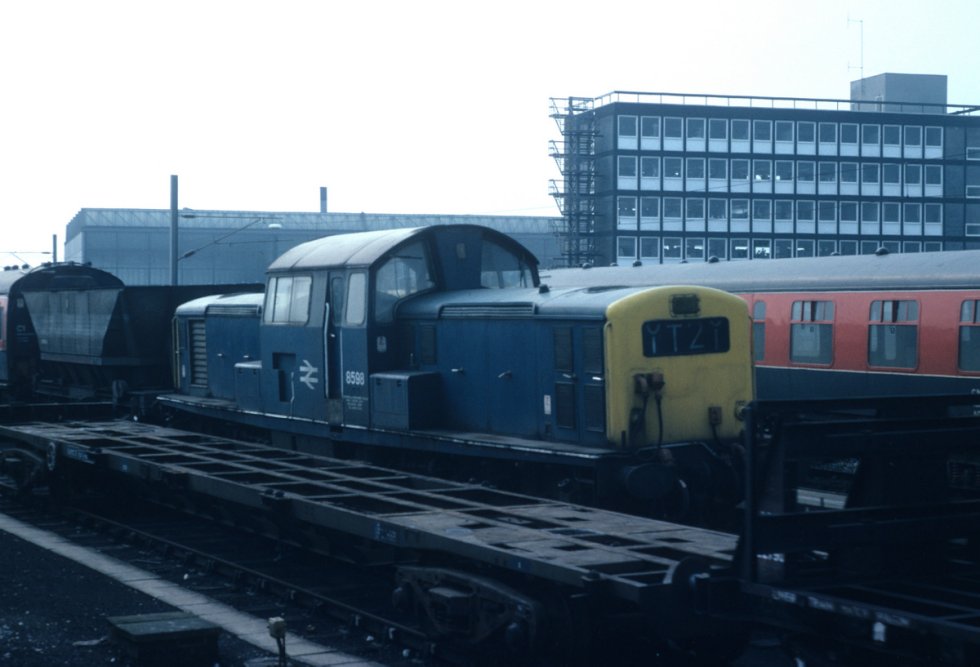 Please submit any sightings you may have made of D8598 from 1972 until 1978 to Peter Hall. Those of it at locations on the West Coast Main Line will be of particularly help in better understanding how much of its time was spent there. Observations made elsewhere might reveal that it saw use away from the overhead electrified lines of the London Midland Region. .