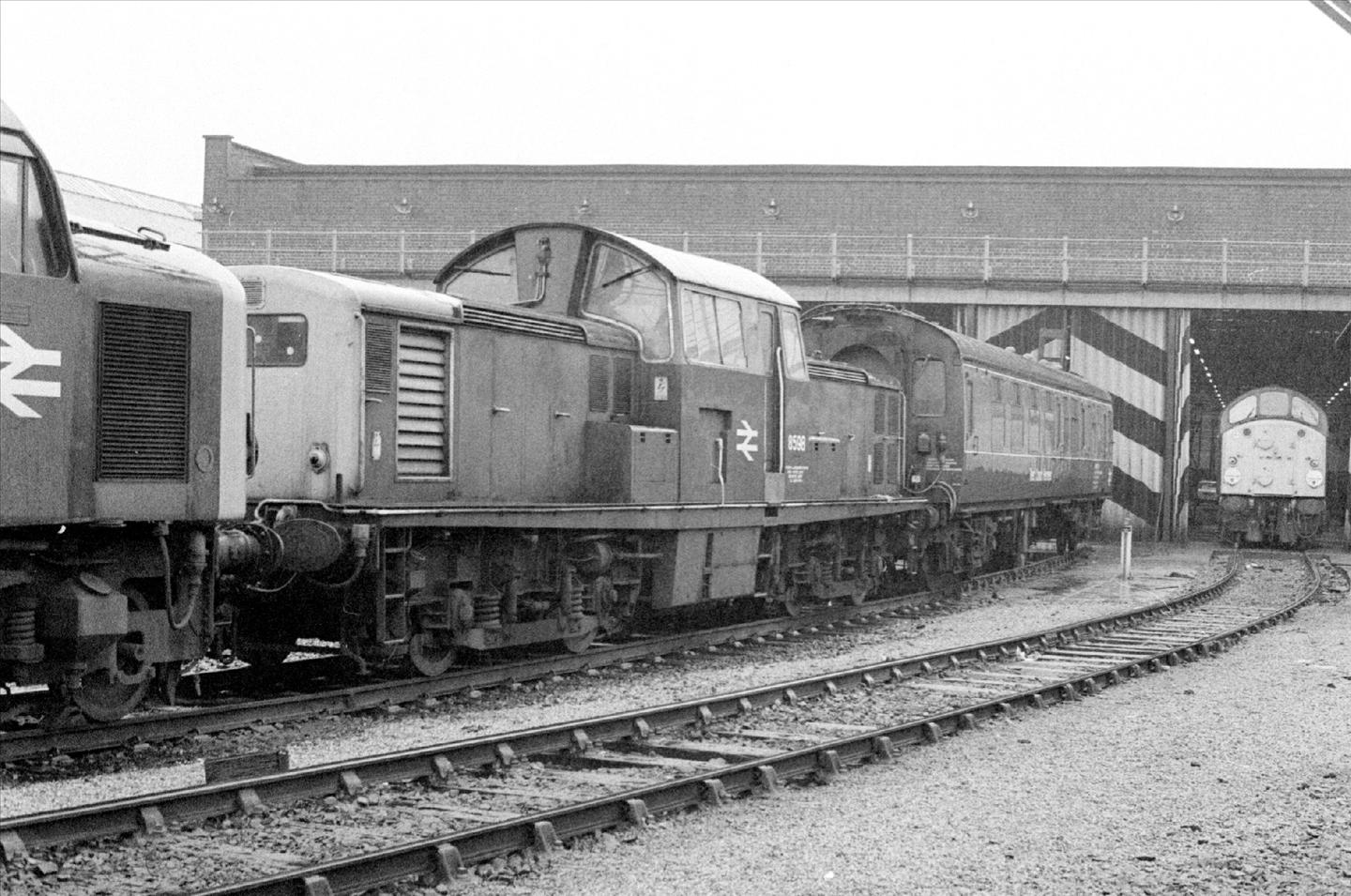 In 1968 and 1969 the Railway Technical Centre (RTC) at Derby acquired three ex Main Line Diesel Locomotives as motive power for their various test trains. The locomotives concerned were Class 28 ‘Co-Bo’ D5705, Class 23 ‘Baby Deltic’ D5901 and Class 17 ‘Clayton’ D8512. D8512 apparently suffered a major mechanical failure in the Autumn of 1971 and was replaced with D8598. It would also appear that D5705 was taken out of use soon after that although it remained based at the RTC until moving to the Western Region in the Autumn of 1974. D5901 was particularly associated with the Tribometer Train which it regularly hauled and propelled until it was taken out of use in the Autumn of 1975, it being replaced by Class 24 24061 (ex D5061).

Although these locomotives were mostly to be found at Derby they did see use on test trains well away from the local Derby area. Little though has been published regarding where they got to and what they were doing there. In order to build up a better understanding of the places they got to sightings are sought of the five locomotives when based at Derby in the period 1968 -1978. Clicking on the individual locomotive number below will lead to further details about that locomotive whilst it was based at the RTC and any sightings of it submitted so far. Please submit any additional sightings you may have made to Peter Hall giving date and location of the observation. If possible please give details of what the locomotive was doing when observed. E.g. stabled / test train / tribometer train. If the sighting was made at Derby please, if possible, specify whether it was at the RTC, Etches Park Depot, Locomotive Works, Station or elsewhere.

In addition to these locomotives the RTC also acquired Class 42 D832, Class 35’s D7076 & D7096 and Class 17 D8521 for static use or use as dead loads at Derby and the associated test track facilities at Mickleover and Old Dalby. Sightings are not currently sought for these.