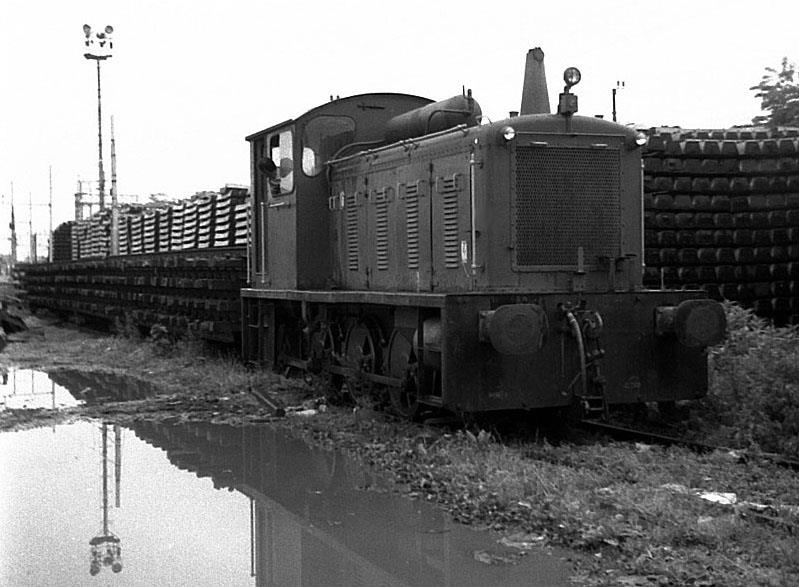 Former BR Class 04 D2231 at Lissone, Lombardy, Italy on 29th June 1973. It was then owned by Attilio Rossi and used for shunting track materials in connection with the relaying of the Milano to Como line.   Alberto Perego 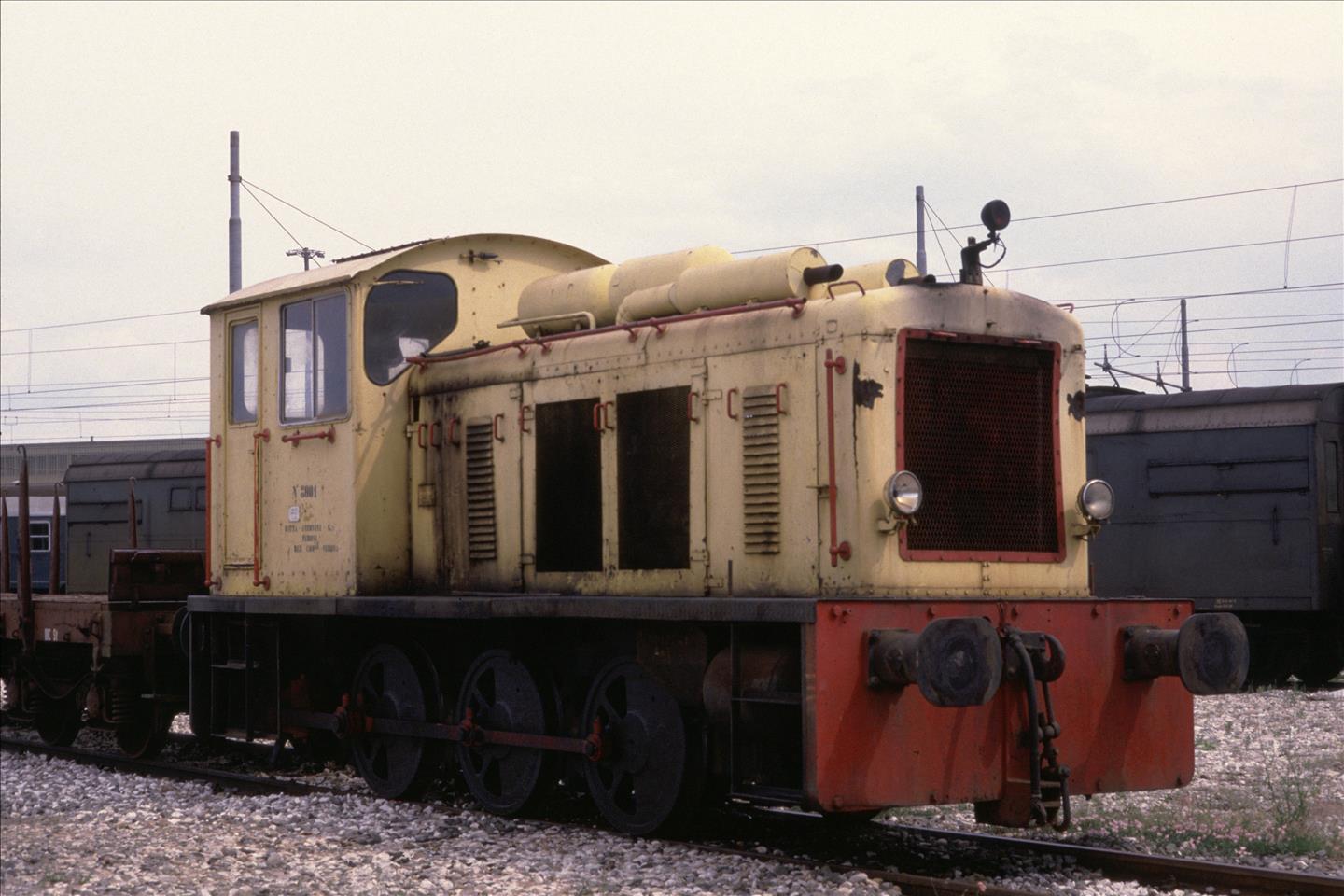 This locomotive has been persistently recorded as being D2232 but when observed in 1973 at Lissone it carried a works plate confirming it to be D2231.

Photographic evidence exists of D2232 awaiting entry into the scrap yard of G. Cohen, South Bank, Middlesbrough which is fairly conclusive as to its fate. This photograph was taken by Martin Brown on 1st March 1969. If anyone knows Martin could they please make contact, we would very much like to make contact with him. 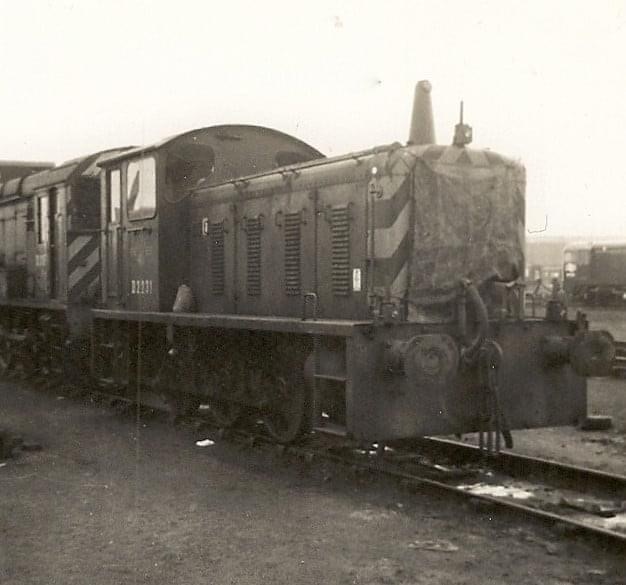 In early 2021 the photograph on the right emerged of D2231 at Derby in January 1969. Close examination of this photograph, the one of D2232 at Middlesborough and  that taken at Lissone in 1973 further support that the locomotive exported to Italy was D2231 and not D2232.  Unique distinguishing features are discernable on both the Derby and Lissone pictures which were both taken at a similar angle. In particular the position of the OHLE badges and a small deformation to the running plate below the cab-side window.

D2231 was sold to R. E Trem, Finningley in 1969 from Derby. It remained at Derby until March/April 1970 when it moved to the Chesterfield Yard of Steelbreaking & Dismantling. This being one of the companies contracted to break and store locomotives on behalf of R. E. Trem.

D2231 was last noted at Chesterfield on 14th June 1970 and was not present when the yard was visited a fortnight later. It is believed to have been exported to Attilio Rossi, Rome, Italy, sometime between then and the end of the following year. It is reported to have been disused by 1984, but the above photograph would suggest otherwise, and scrapped by May 1997. The exact date it moved to Italy is not known, thus any Great Britain observations after 14th June 1970 would be particular appreciated.

We can be sure D2231 was in use with Attilio Rossi by 1973 although its actual arrival date was prior to that. Enquiries made by Mark Jones in 2017 to GCF Generale Construzione Ferrovarrie Spa resulted in this response from Edoardo Rossi.

“First of all I would like to congratulate you on your long research; it seems you are passionately fond of old locomotives .
We went through our files and, although we are not fully sure, we should have bought this loco on 1977 and it appears that it has been sold in 1983 to IPE Locomotori. IPE is in Verona.
Good luck.”

Although 1977 is some years after D2231 was first seen in Italy this may be the date Attilio Rossi became GEFER – Rossi Group.

During a LCGB visit to Italy of 4th – 15th September 1981 this locomotive was observed. Apparently it was somewhere in the suburbs of Venice and the observation was made in failing light so it may not have been photographed by the party. If anyone can provide the precise location or a photograph that would be very much appreciated.

The picture of the locomotive in Verona in 1986 is after GCF had sold the locomotive to IPE. However, it may well have been sold on by IPE, possibly after overhaul, as careful examination of the photograph by David Gregory resulted in these comments. “Interesting to note that, in all probability, the locomotive appears to have been re-engined by 1986 (the work required appears to have necessitated rerouting of the exhaust on the bonnet-top and additional access/cooling openings to the body-side). Also of possible interest from this image, is the writing on the cab-side of the locomotive – “No. 8001” is clear enough; underneath, I decipher “DITTA ANTONINI … VERONA”. Antonini S.p.A was a firm (“ditta”) specialising in civil and industrial construction, based in Verona; it was taken over by “Atel Installationstechnik SA (AIT)” in 2008 who are now known as the “Alpiq InTec Group”.