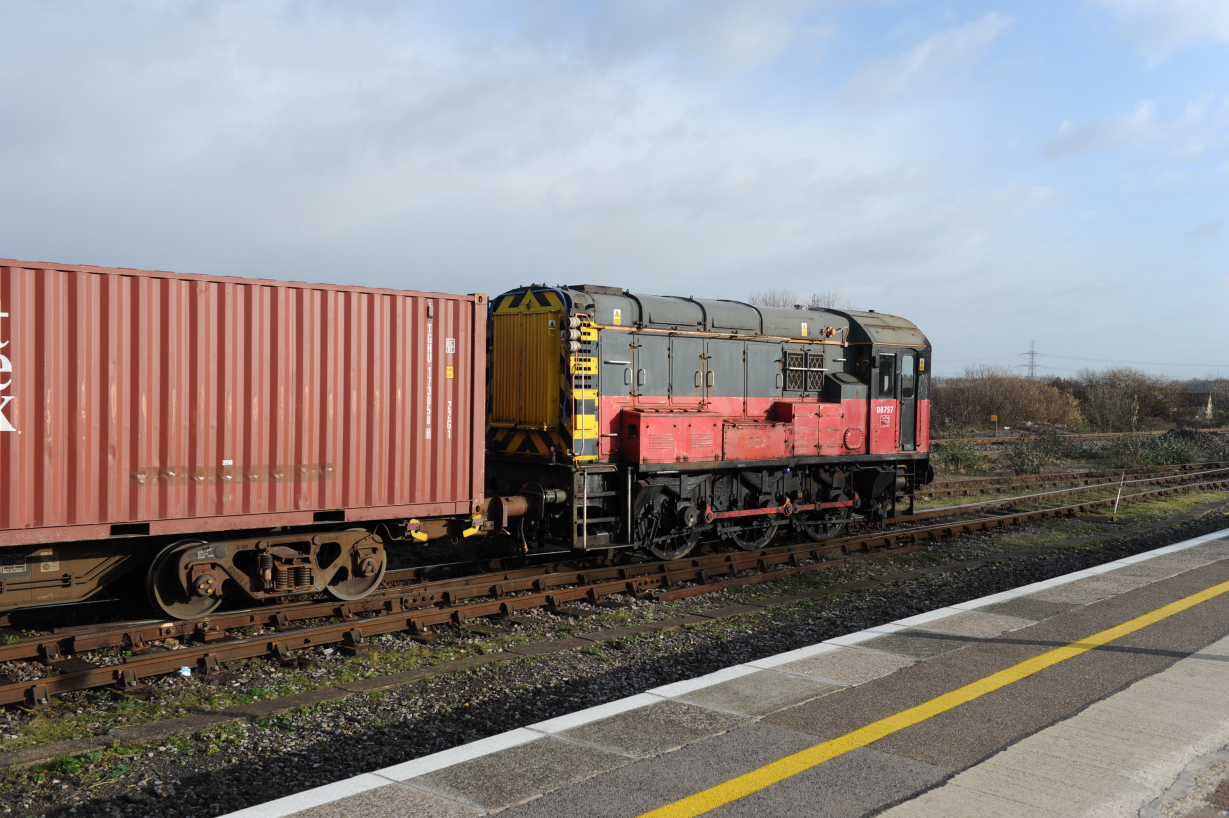 Although DB Schenker owned this locomotive was consistently used at locations associated with the Somerset Quarries from early 2004 until mid 2008. It is understood that during this period it was actually on hire to Mendip Rail and certainly saw use at Whatley Quarry, Merehead Stone Terminal and Acton Yard. Subsequently it was often been found at Westbury undertaking duties for DB Schenker. For this locomotive any sightings between January 2004 and December 2010 are welcomed even if it was observed at a location not connected with the Somerset Quarries.

Observations so far submitted of 08757 are shown below. Please submit any further observations you might have made of this locomotive to Peter Hall giving details of date and location.