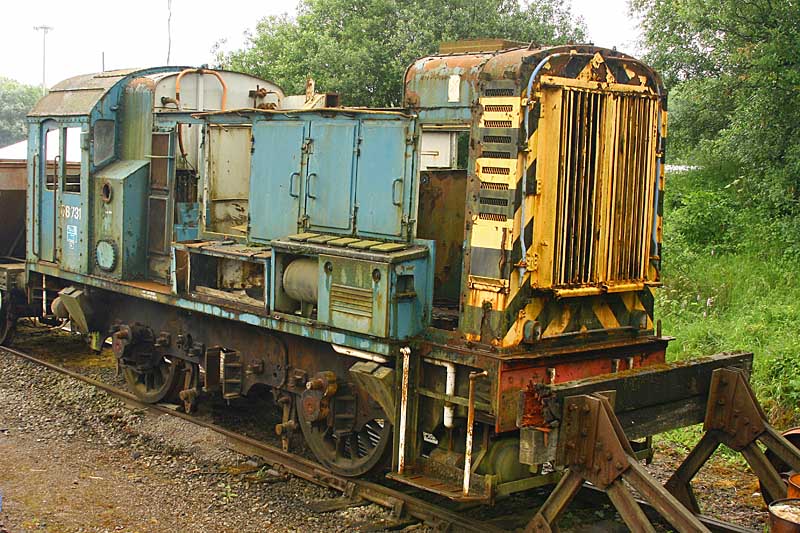 08572 by then numbered 08731 is pictured at Merehead Stone Terminal on 21st June 2008. Although having had various components removed by then it clear from the solebar that this locomotive was originally numbered below D3866-08699   Andrew Cameron

Arrived Merehead Stone Terminal in August 2003 as a source of spares. Had short periods at LH Group Services, Barton-under-Needwood and the Bodmin Steam Railway where various parts were removed. Remains despatched to J. W. Ransome, Frome for scrap in March 2009.