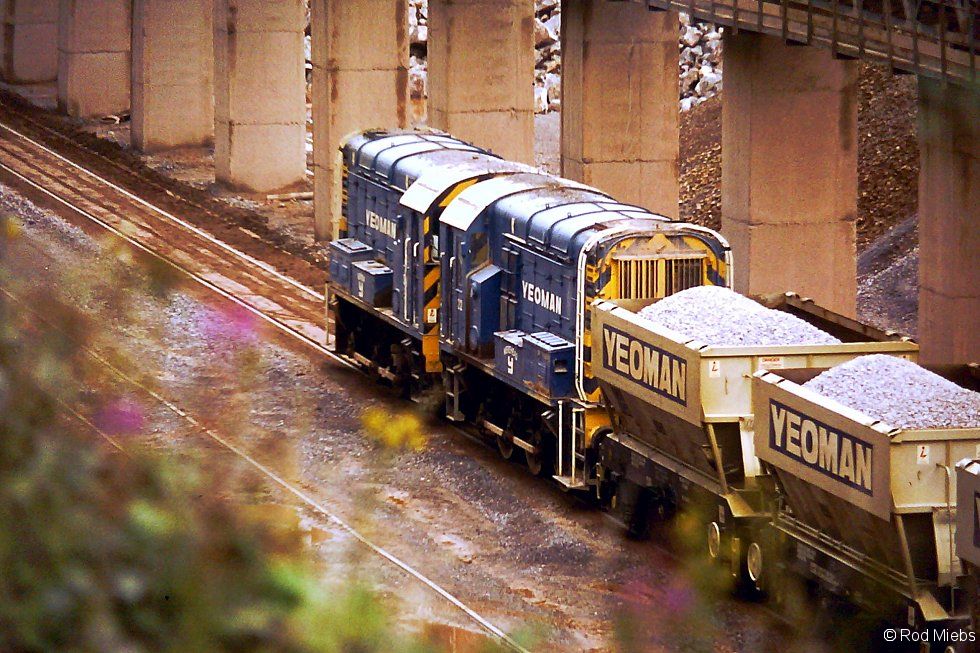 A number of Ex BR Class 08’s have seen use or have been located at the Somerset Stone Quarries and associated locations since the early 1970’s. Although initially these were only located at Merehead Stone Terminal (now referred to as Merehead Rail Terminal), in more recent times they have also been located at Whatley Quarry and other associated locations such as the East Somerset Railway, Isle of Grain Stone Terminal, Machen Quarry and Acton Yard. Exactly which locomotive has been located at which location and when is though not fully known. Thus, any observations of the listed Mendip Rail locomotives since they arrived at the Somerset Quarries are very much welcomed in order to build up a better picture of their movements. In addition observations made of the ‘hired in’ Ex BR Class 08’s whilst in use at the Somerset Stone Quarries and associated locations are very much welcomed.

Listed below are fistly the various Mendip Rail Ex BR Class 08’s and secondly the various ‘hired in’ Ex BR Class 08’s that have been located in the Somerset Quarries and associated locations. By clicking on a particular locomotive you will be taken to a page giving brief historical details and any observations so far submitted. Your observations should be submitted to Peter Hall  Please give details of locomotive number, date and location 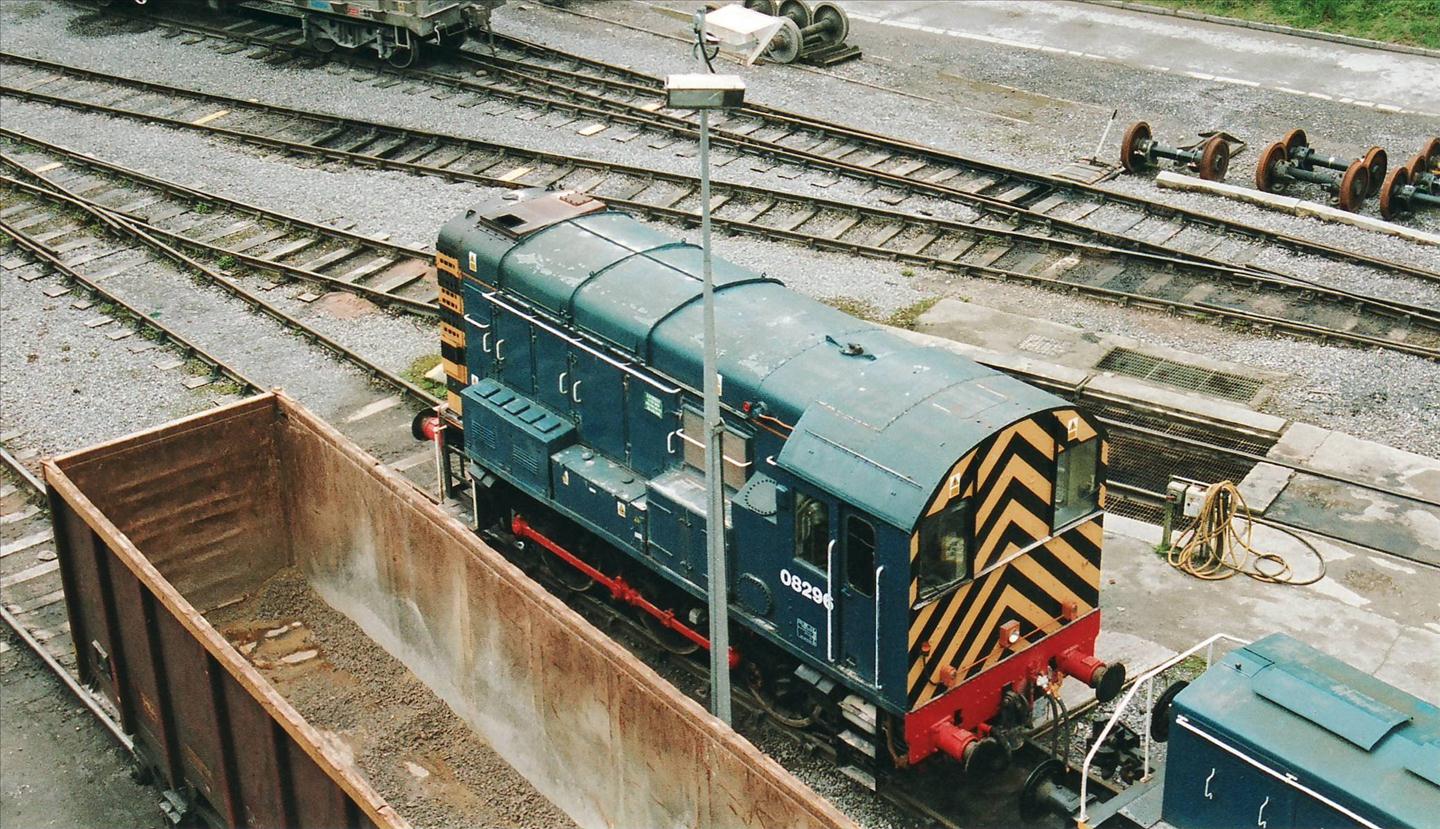 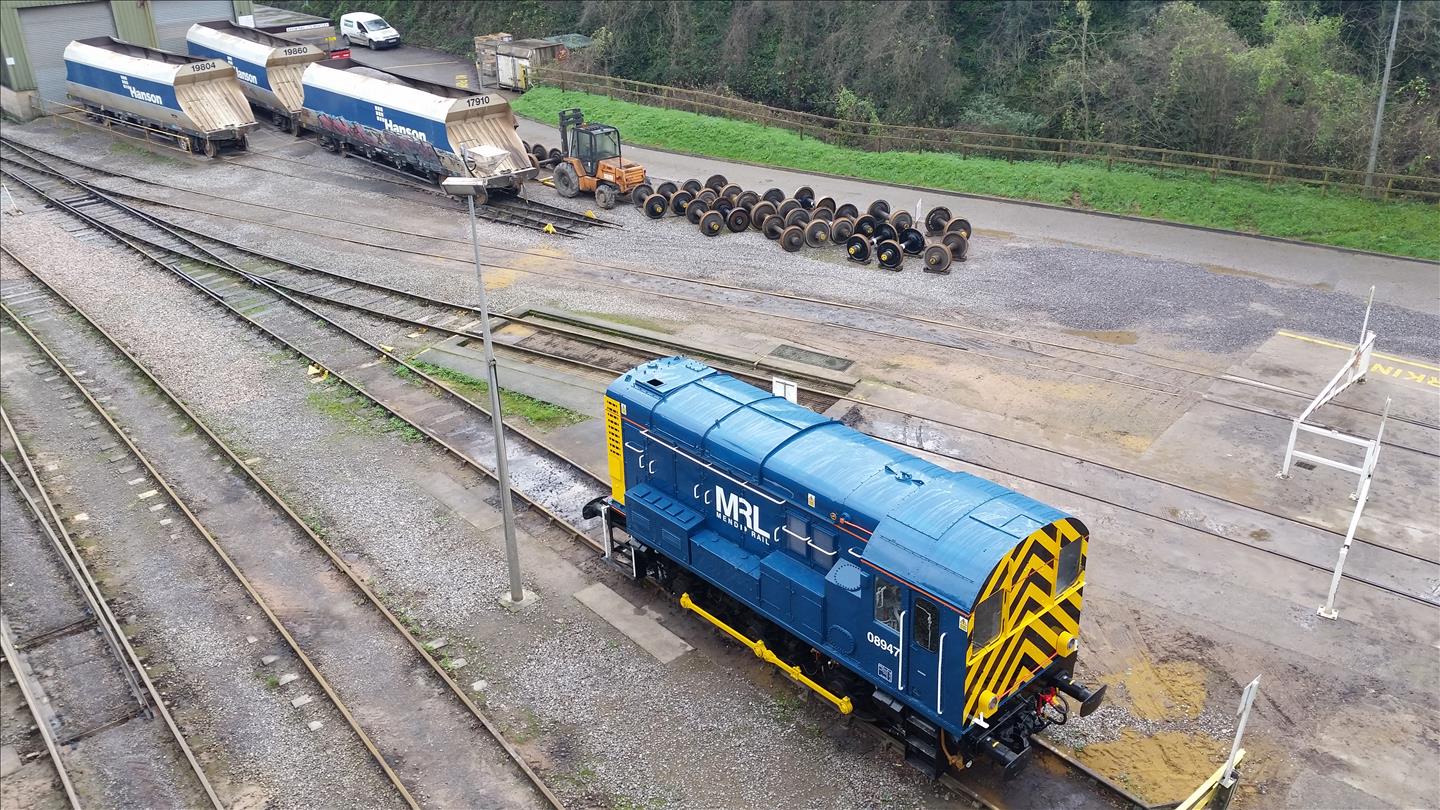 08947 is pictured at Whatley Quarry, near Frome on 28th December 2015 shortly after it had arrived from overhaul at Eastleigh Works. Guy Vincent