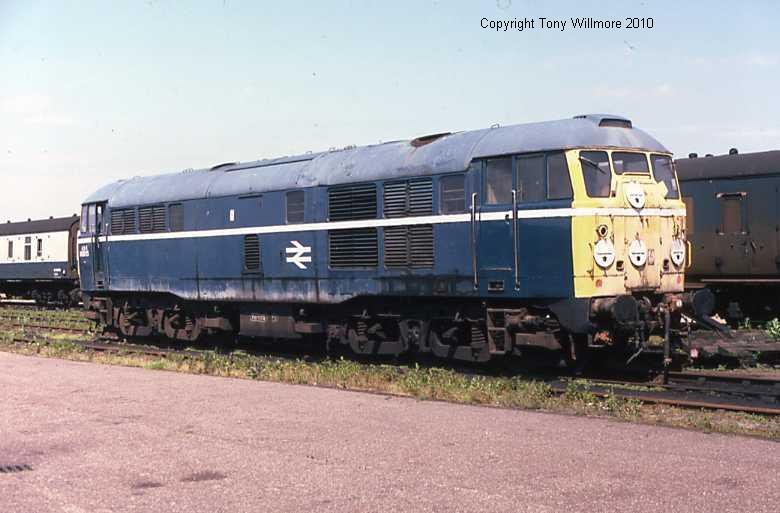 Converted to ETS generating unit in 1977 and used initially in the GN area. Subsequently it was transferred to the GE area where it was mainly used at Great Yarmouth and finally Cambridge. Following a period in storage at March it was noted being hauled north over the Lincoln avoiding line by a Class 37 along with ADB968013 on 11th April 1983 en route to Doncaster Works. Scrapped at Doncaster Works later in 1983.