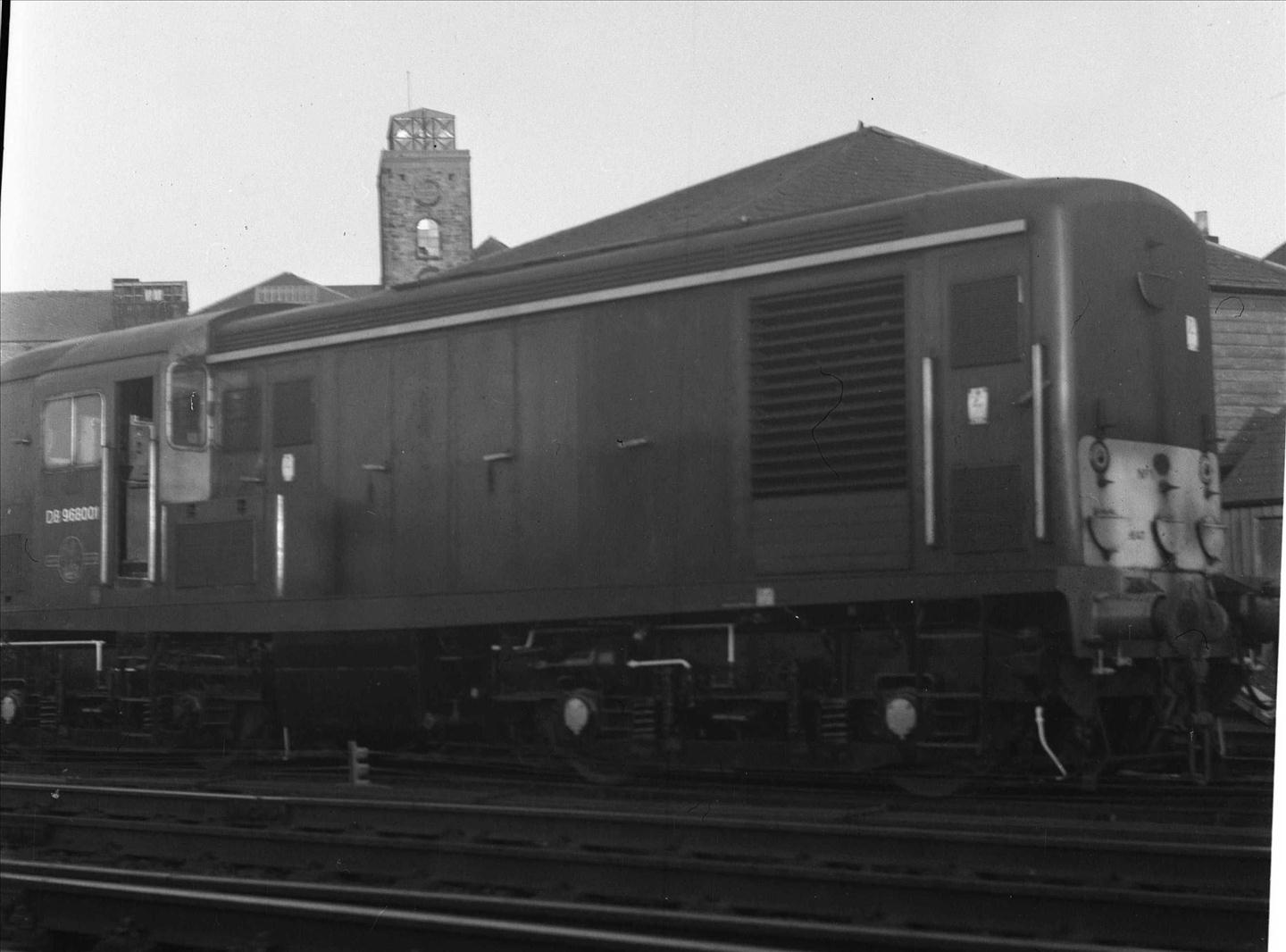 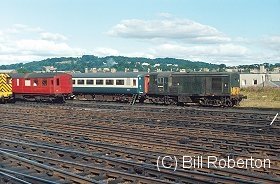 Converted to an ETS generating unit in 1969. Although very much associated with the GN & GE areas no sightings of it on home ground before 1973 have yet appeared. It is known to have first seen use at Neville Hill before moving to Scotland in the summer of 1971. It stayed in Scotland for just over a year and was most commonly sighted at Haymarket Depot where it is reported to have been used for staff instruction on the new Mark IId air-conditioned carriages then being introduced on East Coast Main Line services. It did also though spend some time at Craigentinny Carriage Sidings. Most notable was that in late October 1971 it was used as part of an exhibition train formed DB968001+E5694+E5695+E13571+M2821+Cinema Coach (number not known) that was used to promote to the public the new stock then being introduced. The train is known to have been exhibited at Edinburgh, Dunfermline Lower, Kirkcaldy, Dundee and Aberdeen and possibly other locations. Further details of this event would be very much welcomed.