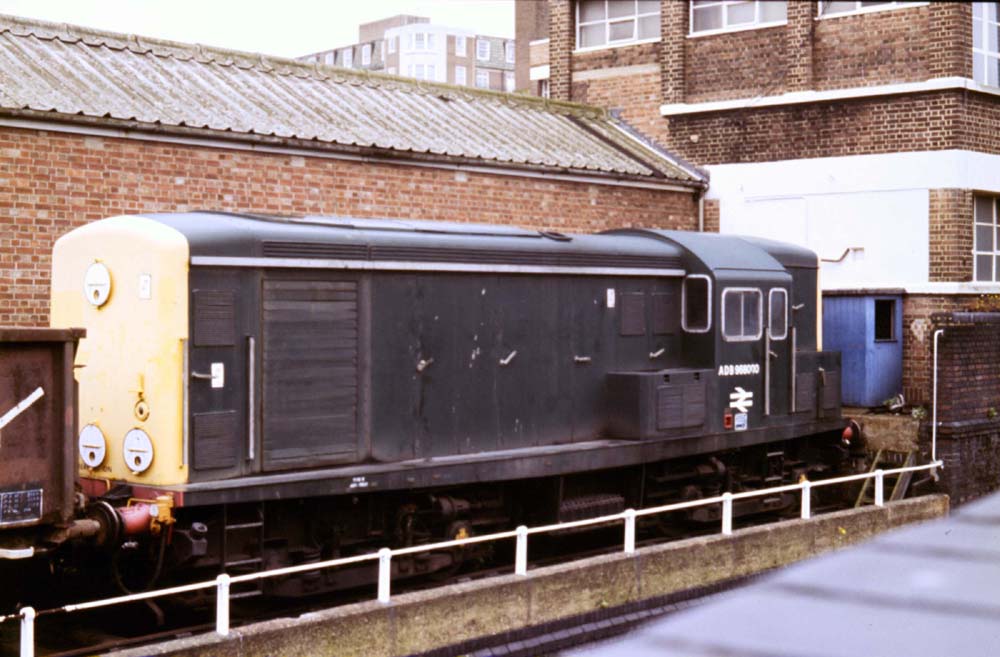 DB968000 was last used at Marylebone for pre-heating stock used on excusion and charter trains. It was photographed there on 18th May 1987 Â  David Mant

Converted to ETS generating unit in 1969. Although very much associated with the London GN area in the 1970’s it first saw use in Newcastle upon Tyne. By the summer of 1977 it had moved to the London GE area being based at Stratford but seeing use at Thornton Fields Carriage Sidings. Late in 1981 it was moved to Derby for use at Litchurch Lane Carriage Works testing new Mark IIIb Sleeping Cars. This was followed by a period on the Western Region and finally use at Marylebone were it arrived in the Autumn of 1985. It remained at Marylebone for nearly five years departing in March 1990, first being noted to have departed on 15th March 1990. It was scrapped at Leicester in 1991. 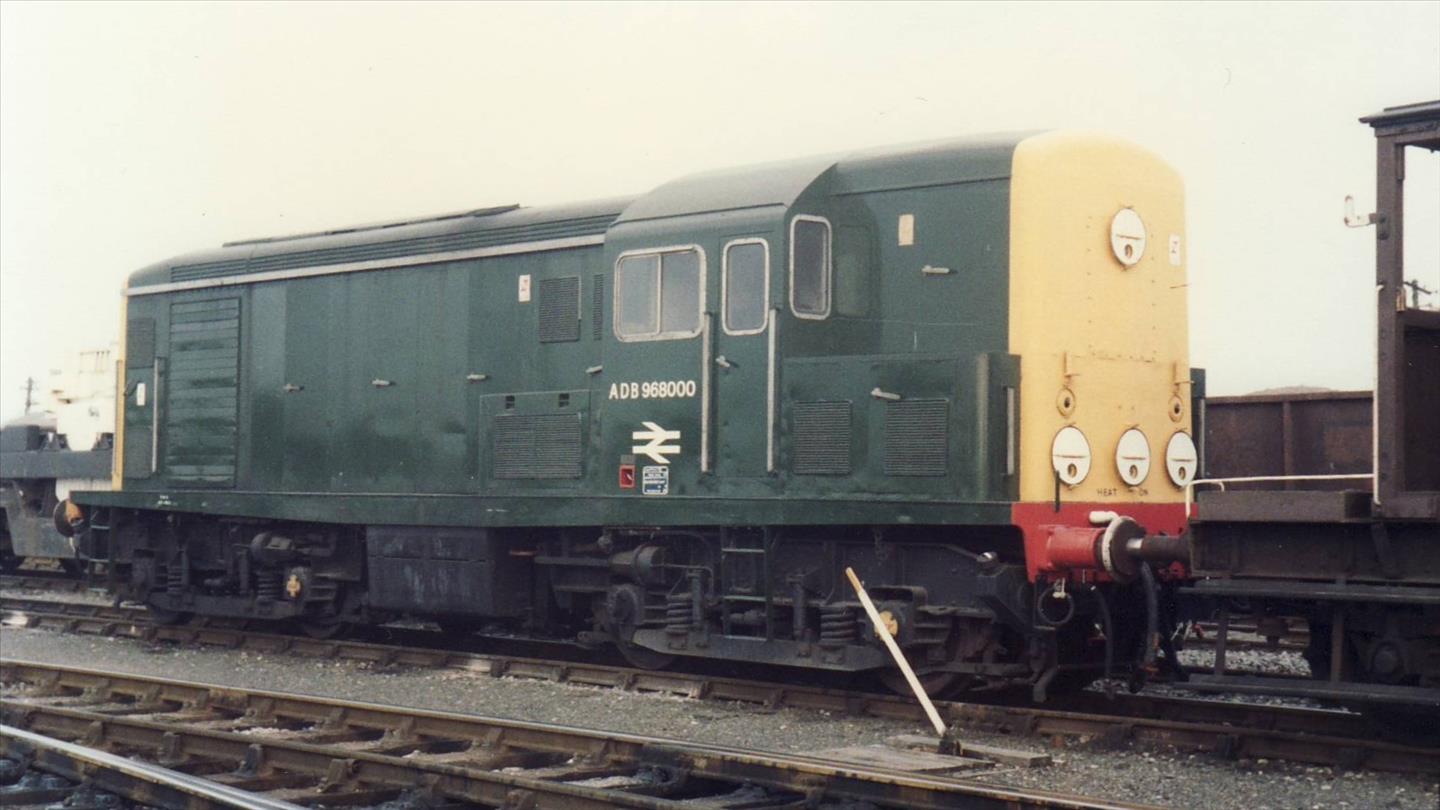 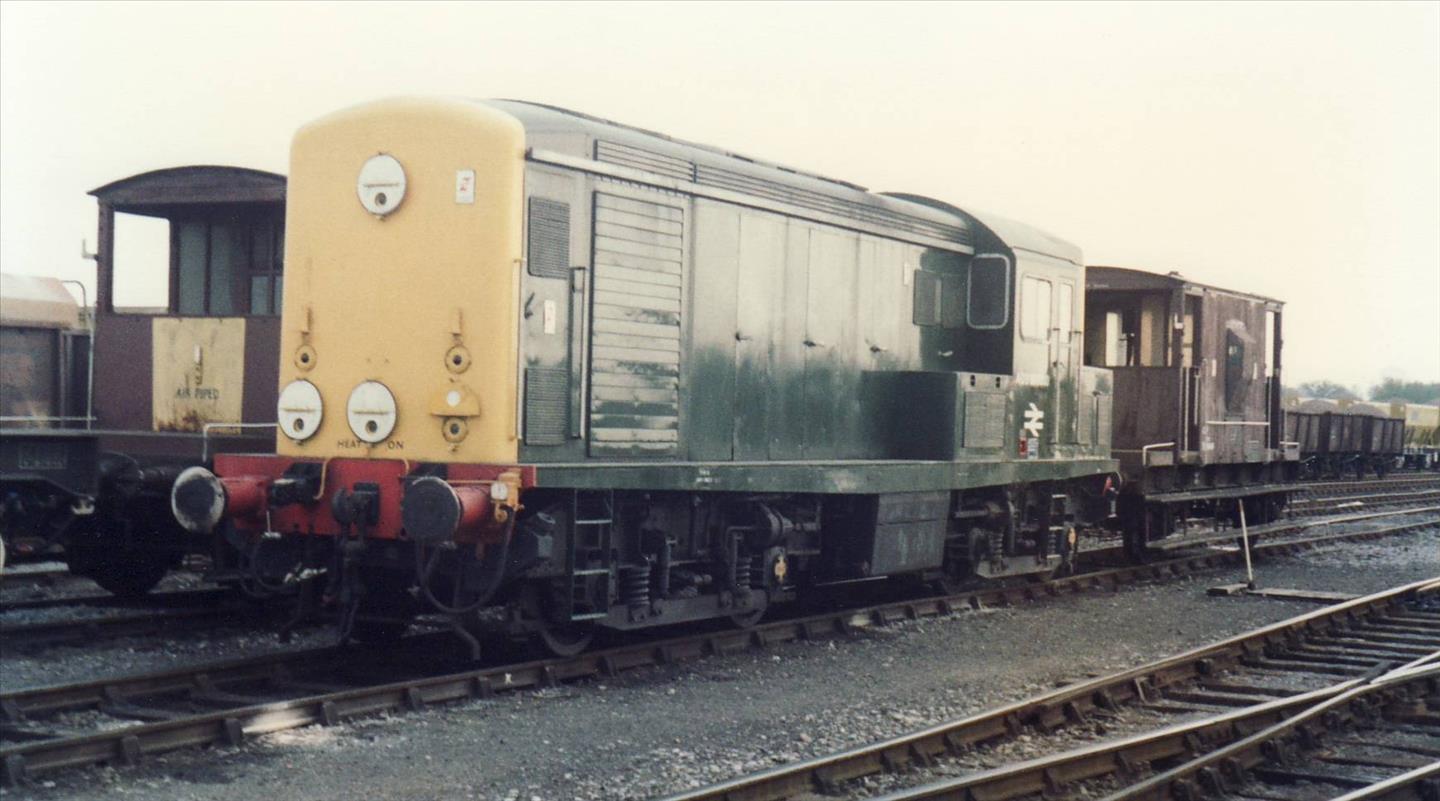 Another view of ADB968000 in Westbury Yard on 8th May 1985 following display at the Open Day three days previously.   Bob Taylor