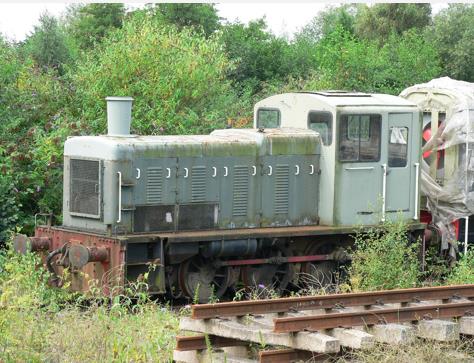 After leaving the Fire Service College, Moreton-in-Marsh 03128 waslocated at Lydney Junction on the Dean Forest Railway for several years where it was photographed on 16th August 2007. Â  Alistair Betts

This locomotive was by 2000 fitted with a Deutz, rather than Gardner, engine and was a static gate keeper at the Nottingham Sleeper Company, Elkesley near Retford. It has then been recorded as moving to the Fire Service College, Moreton-in-Marsh about September 2000. As far as is known the locomotive remained at Moreton-in-Marsh until about July 2002 when it moved to the Dean Forest Railway.

Sightings of the locomotive will be very useful in proving this and narrowing down the dates of movement.  Please forward sightings to Peter Hall