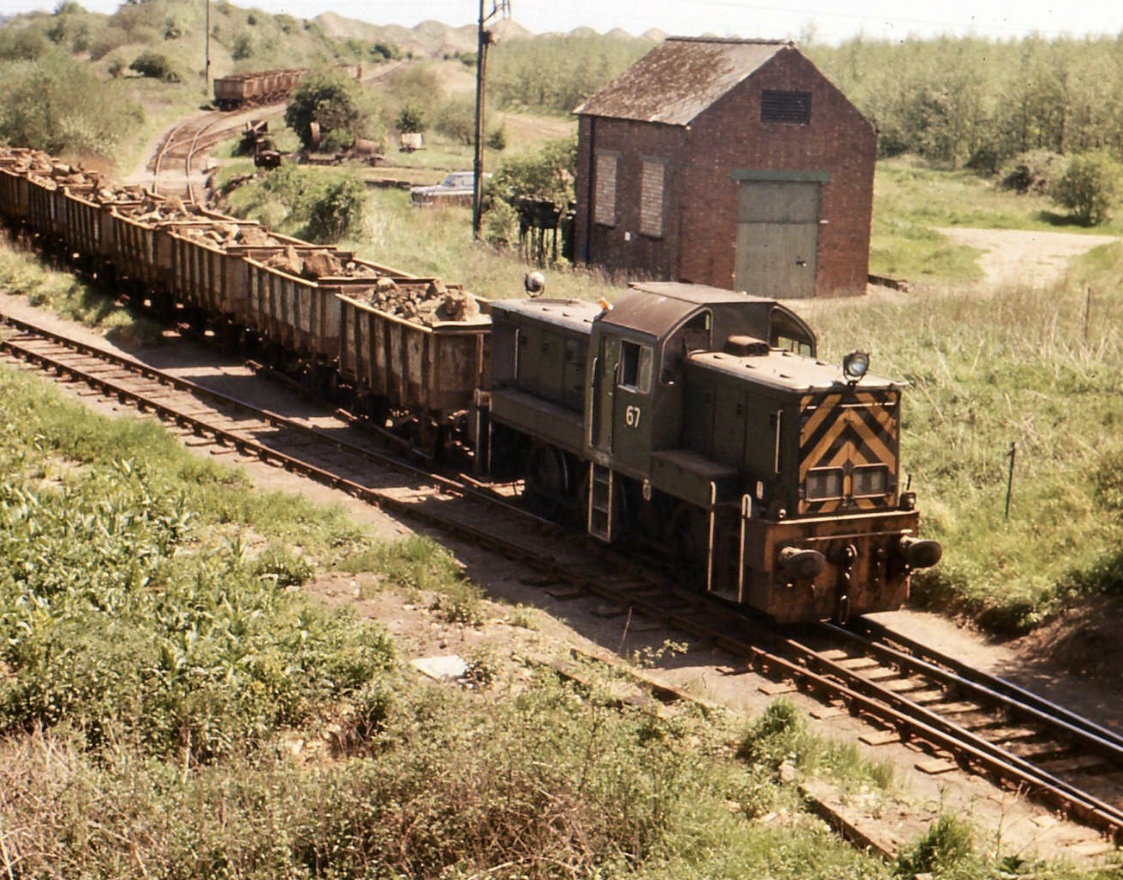 Several years before Export to Spain, this 1978 picture of D9548 very clearly shows its unique roof modification. This dates from its days at Harlaxton Quarries when the domed cab was flattened so as to fit under a restricted height bridge. Photographs of D9548 in Italy taken in the 1980’s show it retaining this style of cab. Surprisingly, later pictures show it with a doomed roof although not exactly to the same style as other members of the class.   William Stevens

After withdrawal from BR service D9548 saw industrial use, initially at Harlaxton Quarries, Lincolnshire where it arrived in November 1968. Here it had the middle raised section of the roof removed and a flat roof fitted in its place. This was in order to pass under a low bridge on the A607 Grantham – Melton Mowbray road at Gorse Lane. In August 1974 it moved to Corby Quarries, Northamptonshire where it saw further use.

Overhauled at Hunslet Engine Company, Leeds 11/81 – 6/82 and re-gauged to 5’6″. Exported to Bilbao, Spain from Goole Docks June 1982.  Reportedly acquired through agents Aikin Española by infrastructure company Curbiertas and MZOV, abbreviated as “CMZ”, with the intention of use on a ballasting contract on RENFE that never came to fruition.  Stored at Chamartin Yard, Madrid, Spain until at least February 1986. Sometime between February 1986 and January 1988 this locomotive left Charmartin Yard.  By 1989 it was numbered P-602-03911002-CMZ. The picture below shows it in use in 1989 with “CMZ” still retained the roof modification from its Harlaxton days.

CMZ went on to merge in 1997 with “Entrecanales y Tavora” to form “NECSO Entrecanales Cubiertas S.A”. The second picture below shows the locomotive at Sagrera yard, Barcelona in 1998 by which time it also carried numbered 93 711 310 6028. Interestingly, by then it had undergone further roof modifications which gave an appearance similar, but not the same, as when built.

It has been recorded as scrapped in 2002 but no other details are known as to where this took place.  However, the answer might be that when asked in 2003, Industirias Lopez Soriano, who then had D9549 in their Zaragoza yard, said they had scrapped two others.  Presumably this and D9515 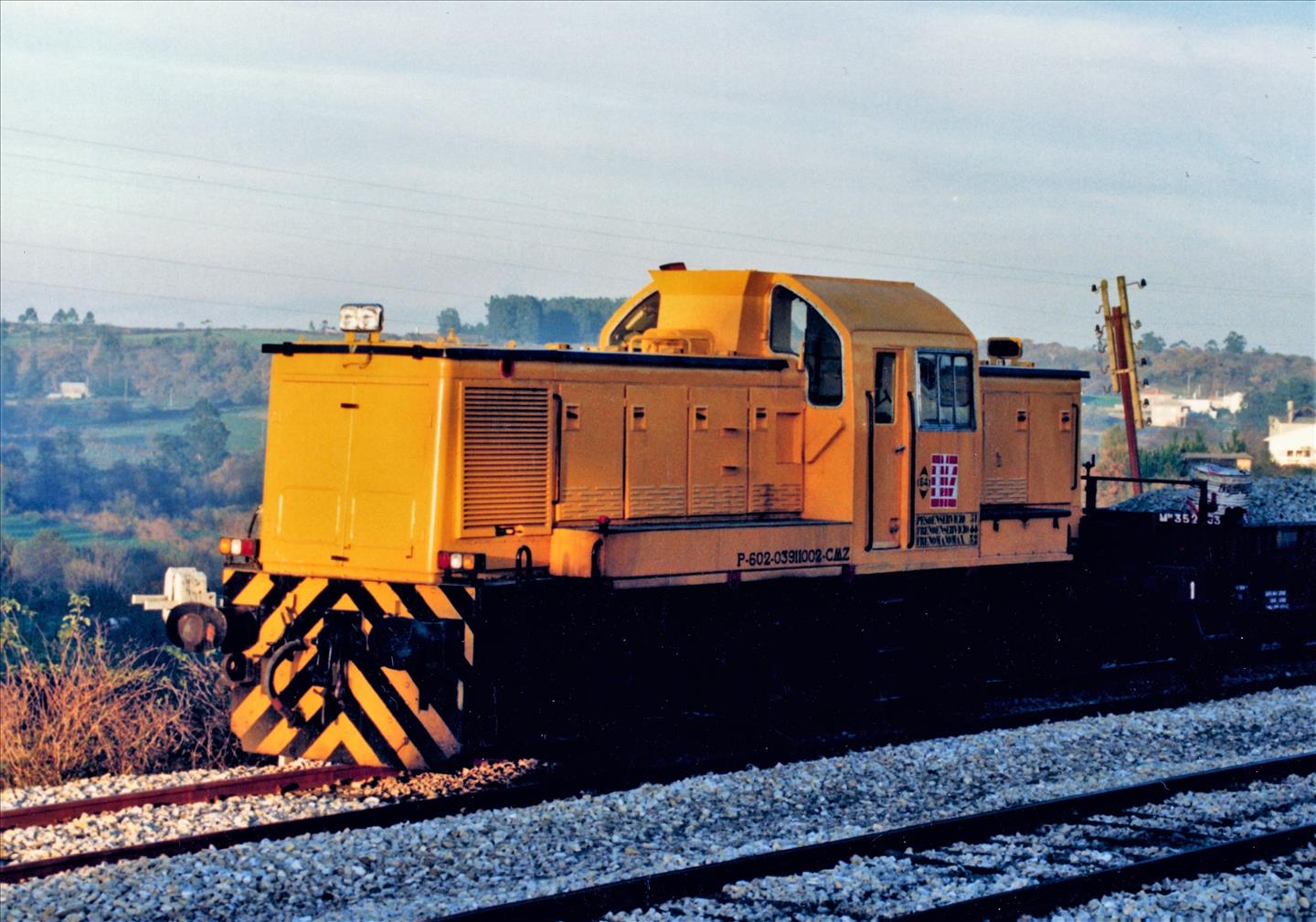 On 6th December 1989 D9548 was photographed at Curtis, Galicia, near Coruna, North Western Spain. It was then in the ownership of Curbiertas and MZOV, abbreviated as CMZ and numbered P-602-03911002-CMZ. The roof modification made when used at Harlaxton Quarries had then not been altered.   Luis Rentero Corral 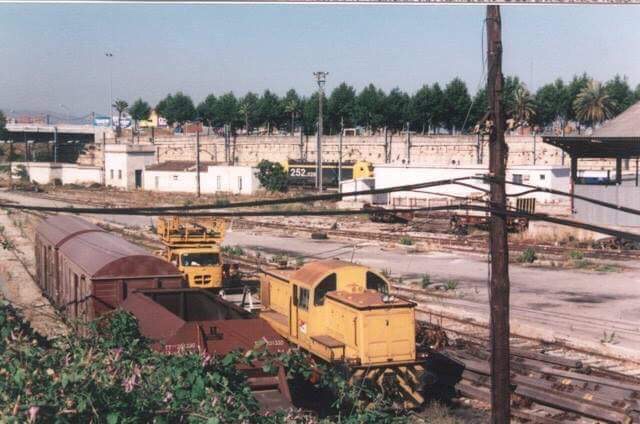 On 19th June 1998 D9548 was to be found in Sagrera Goods Depot, Barcelona. D9548 was then owned by infrastructure company NESCO Entrecanales Cubiertas S.A. and is presumed to have been engaged in infrastructure works in the area.   Kevin Prince