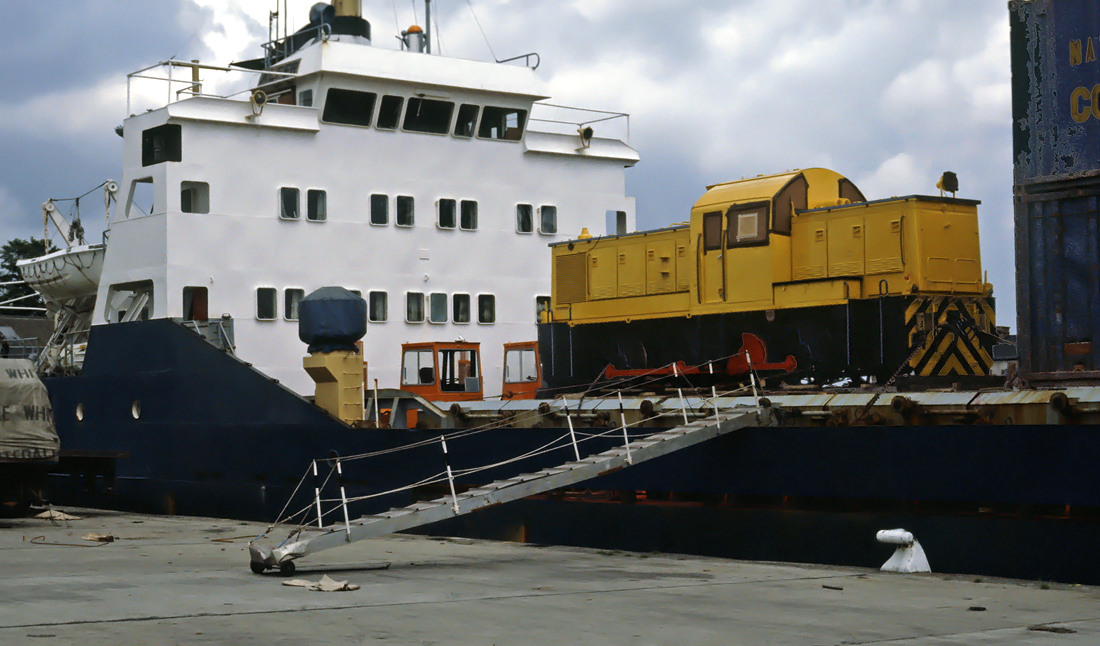 Overhauled at Hunslet Engine Company. Leeds 12/81 – 6/82 and re-gauged to 5’6″. Exported to Bilbao, Spain from Goole Docks June 1982 along with D9548 and D9549.  Reportedly acquired through agents Aikin Española by infrastructure company Curbiertas and MZOV, abbreviated as “CMZ” with the intention of use on a ballasting contract on RENFE that never came to fruition.  All three were stored at Chamartin Yard, Madrid, Spain. Recorded as being numbered P-603-0-3911-001-CMZ but no evidence confirming this has yet been found.  It has also been recorded as carrying number P-602-3911-001-CMZ which photographs exist of being also carried by a Ferrotrade built JT500 diesel hydraulic shunting locomotive.

The locomotive was last sighted in Chamartin Yard in April 1988.   Any subsequent sightings would be very much appreciated.

Recorded as scrapped by October 2002. The only one of the three from Chamartin Yard not subsequently observed or photographed as far as is known. Thus, how was it established that it was scrapped fourteen years after it was last seen in Madrid?  The answer might be that when asked in 2003, Industirias Lopez Soriano, who then had D9549 in their Zaragoza yard, said they had scrapped two others, presumably this and D9548.