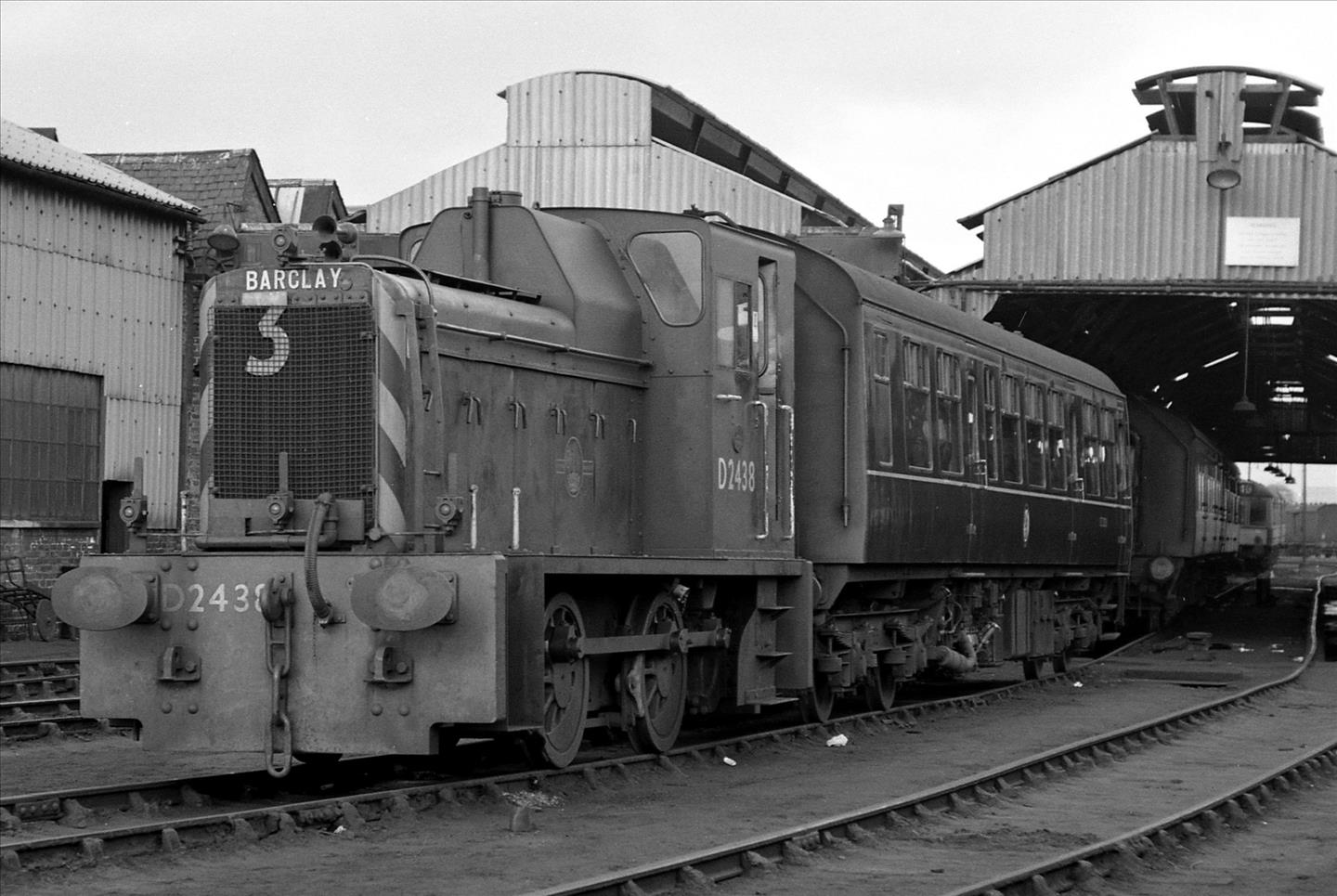 D2438 at Dunfermline Townhill Depot, Halbeath in August 1972. Interestingly, although not officially then withdrawn it was located at the end of a siding with rods removed,   Norman Blackburn