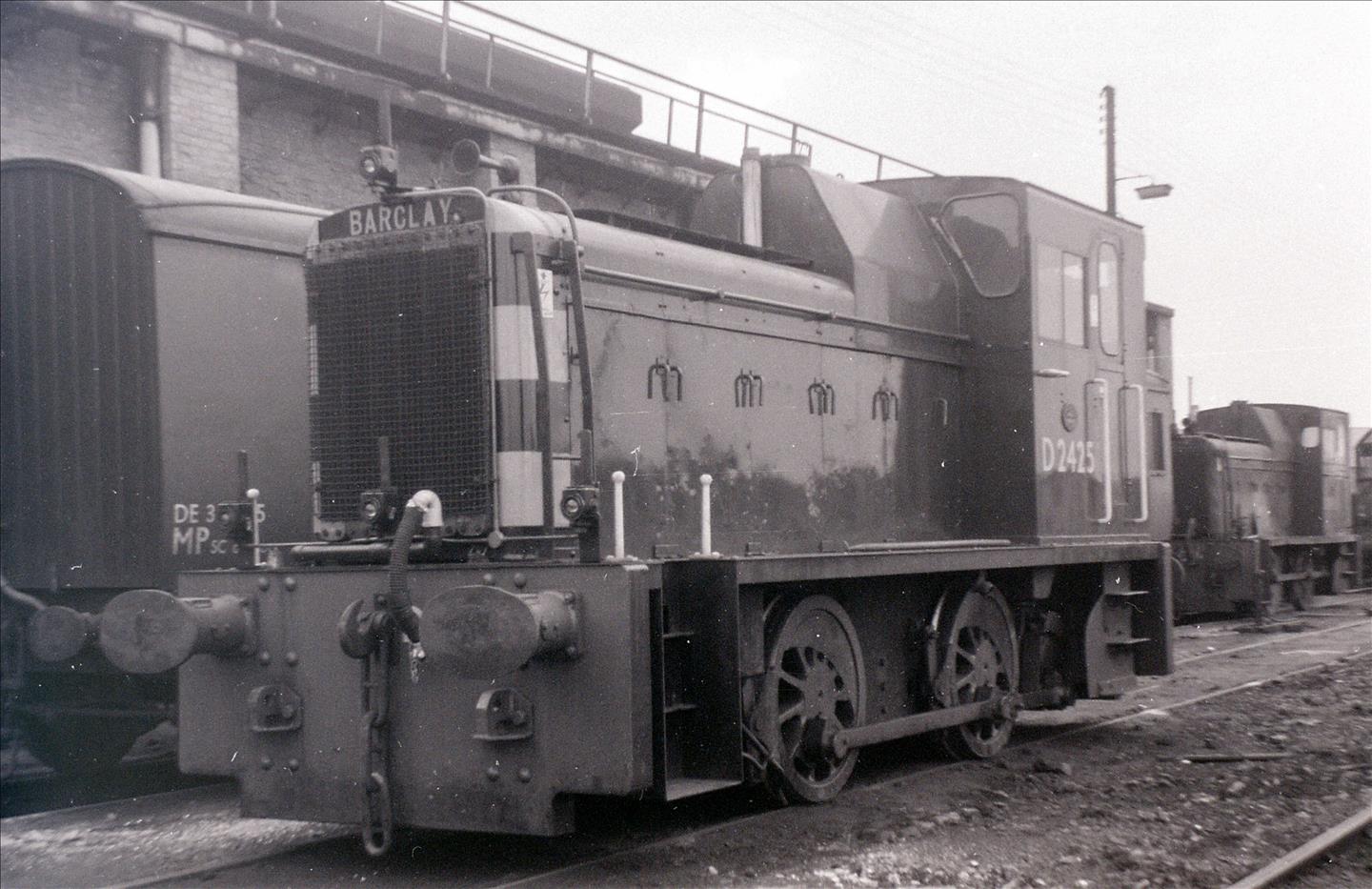 D2425 stabled at Greenock (Ladyburn) depot on 12th August 1965 with another member of the class in the background.   David Bromley