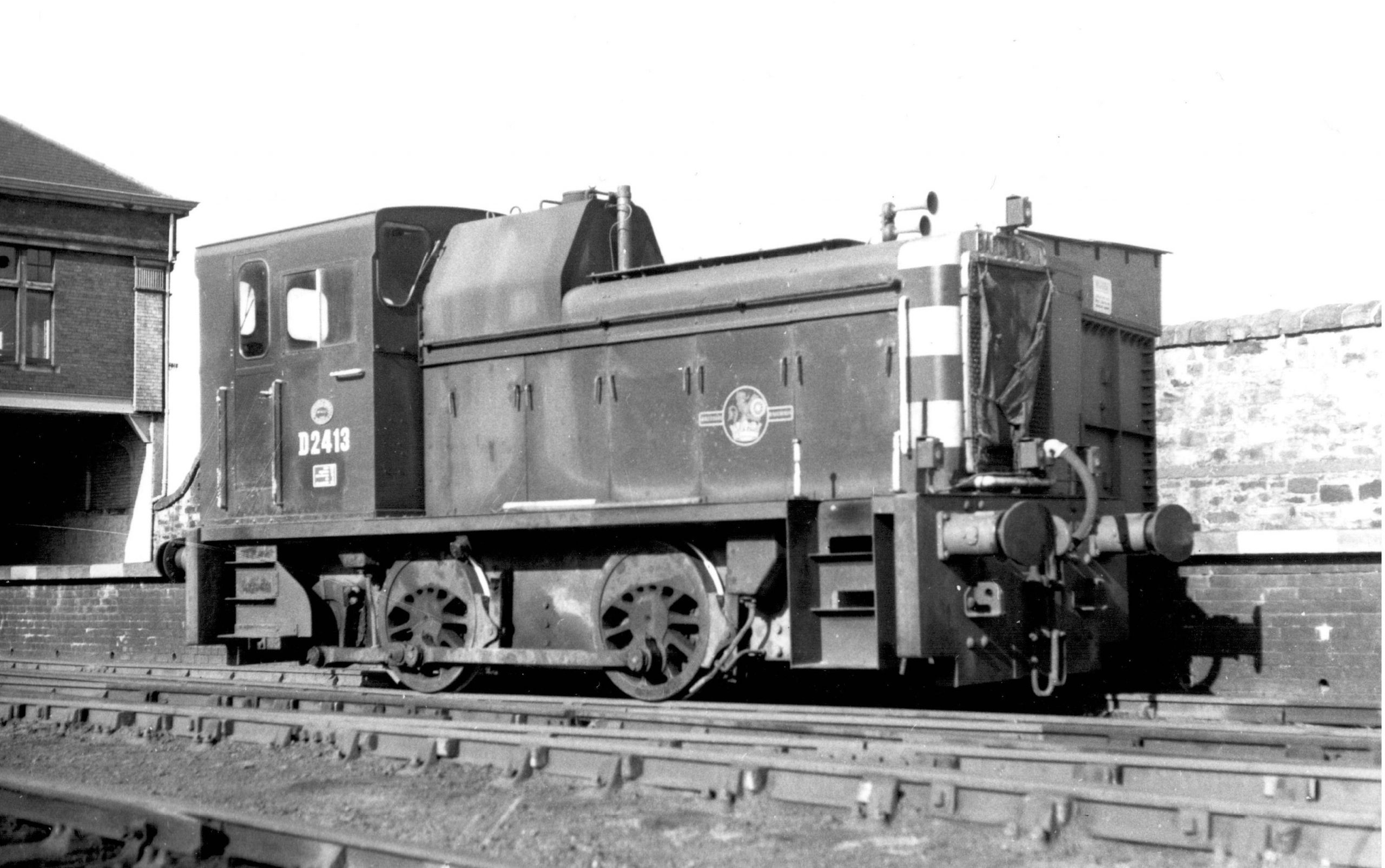 First allocated to Inverness in October 1958. Transferred to Dunfermline Upper in June 1966. Transferred to Leith Central in August 1967. Transferred to Grangemouth in April 1972. Transferred to Eastfield in July 1972 from where it was withdrawn in September 1976 having been put to store the previous month, probably as a consequence of the requirement for a locomotive to be outstabled at Whifflet Junction sidings ceasing. 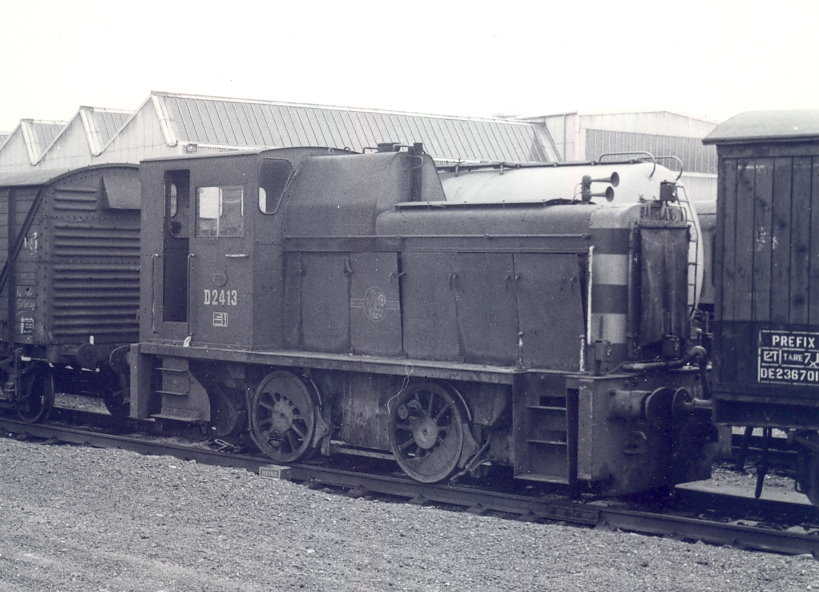 D2413 at Eastfield depot on 16th July 1972. The lack of connecting rods suggesting that it had only recently arrived from Grangemouth.   Keith Gunner 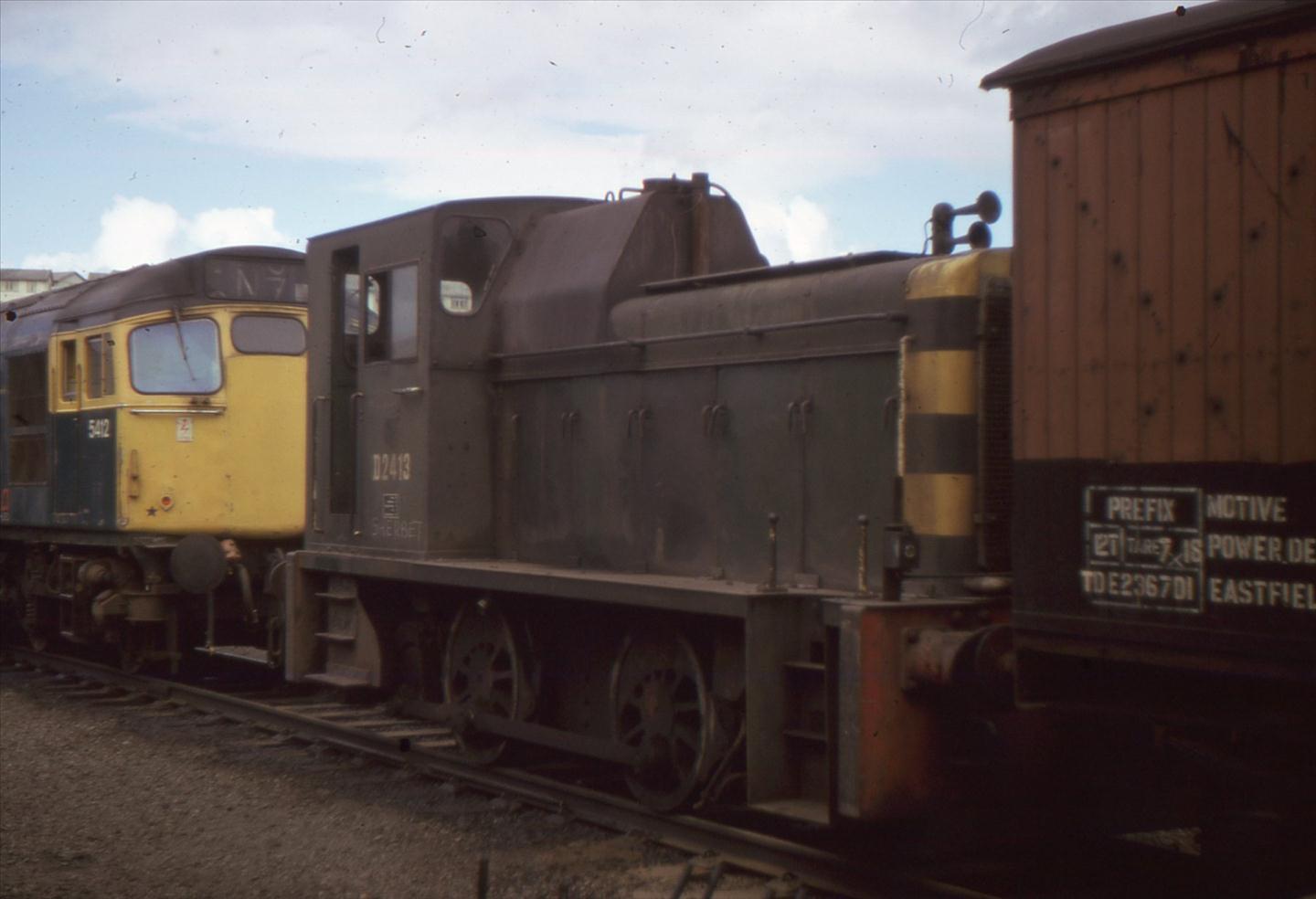 D2413 at Eastfield Depot in August 1973. It now has its connecting rods attached and looks rather scruffy indicating that it had seen recent use. It is stabled next to the same depot van TDE236701 as in the 1972 picture   Alastair Allan