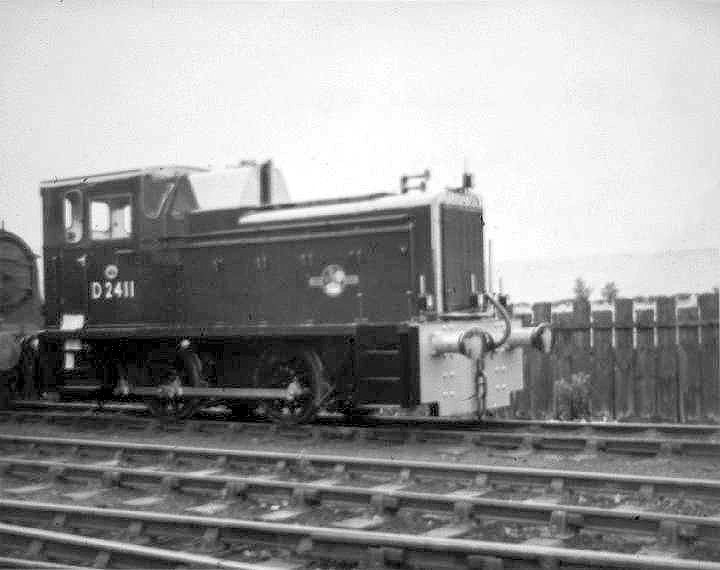 D2411 at Hurlford on 8th August 1958. Its immaculate condition suggests that it was on route from the Andrew Barclay works at Kilmarnock to Inverness   Martin Beckett

First allocated to Inverness in July 1958. Transferred to Perth in September 1963. Transferred to Dundee in November 1965. Transferred to Ayr in March 1967 from where it was withdrawn in June 1968. From observations received it appears to have moved to Thornton depot shortly before official withdrawal and remained their, presumably out of use, until being sent for scrapping.