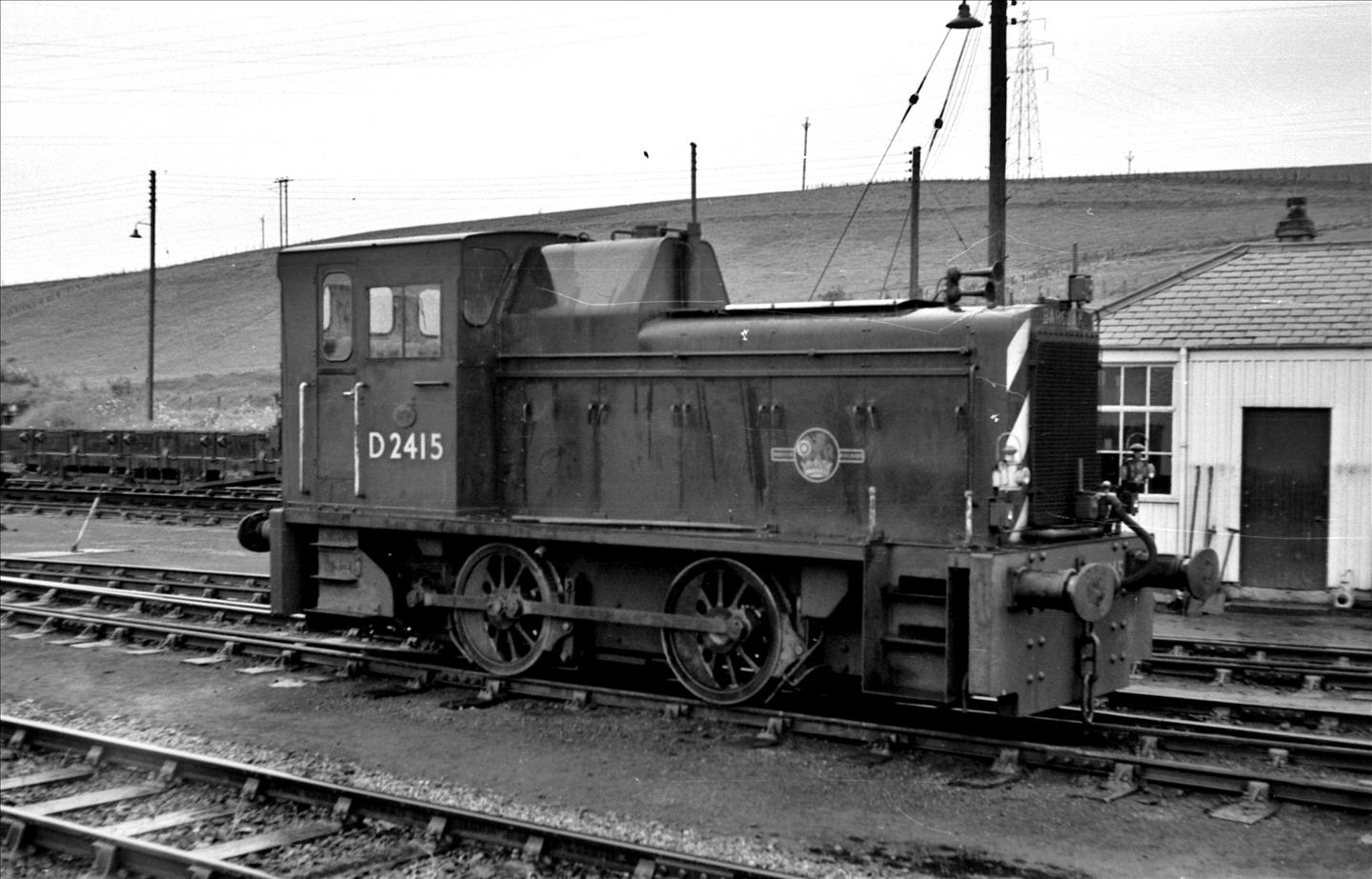 The 0-4-0 Andrew Barclay built Class 06 locomotives were very much associated with Scotland. Initial allocations were Inverness, Keith with outstabling at Elgin, Kittybrewster with outstabling at Inverurie Works, Greenock (Ladyburn) with outstabling at Gourock, Motherwell, Hamilton, Ayr and Corkerhill. Subsequent transfers saw them also allocated to Perth, Dundee, Dunfermline Upper, Leith Central with outstabling at South Leith Yard, Aberdeen Ferryhill, Eastfield, Grangemouth, Polmadie with outstabling at Gourock, Haymarket, Thornton with out stabling at Burntisland, Kirkcaldy, Markinch and Ladybank, Stranraer and Hurlford. Although several succumbed to the cull of shunting locomotives in the late 1960’s, twenty of the thirty five built remained in service in 1970. Over the following eleven years their numbers slowly dwindled, the last being taken out of regular use in 1981. There survival into the 1970’s was due to the continued requirement for locomotives suited to the constraints of various branch lines, particularly docks lines along the East Coast of Scotland. Depots with allocations in the 1970’s were Aberdeen Ferryhill, Dundee, Dunfermline Townhill, Eastfield/Polmadie and Leith Central. Those at Aberdeen Ferryhill, Dundee and Leith Central generally found use on local dock and associated duties. Dunfermline Townhill locomotives were similarly deployed at Burntisland and Kirkcaldy and were also stabled at Markinch for use on the Auchmuty branch. Eastfield/Polmadie locomotives where used for various duties which included outstabling at Gourock and Whifflet Junction Sidings for the Souterhouse branch. Locomotives were also allocated to Grangemouth early in the decade and also at Hamilton and Motherwell for short periods.

Observations are sought of the various locomotives in order to build up a more detailed pictured of where they could be found during the late 1950s, 1960s, 1970s and early 1980s.

Something of particular interest to note is that it was not uncommon to find locomotives at other than their home depot or working an associated duty. A possible explanation for this put forward is that the weekly amendment lists were issued by the CM&EE not the operators. The maintenance records were held at A shed level (i.e. Polmadie for locomotives allocated to Greenock Ladyburn and Hamilton) so they were not so concerned with where in their area the operator chose to put the locomotives.

Listed below are the various locomotives. By clicking on a particular locomotive you will be taken to a page giving brief historical details and any observations so far submitted. Further observations should be submitted to  Peter Hall giving details of date and location of the observation.

When giving a location please take particular care if the locomotive was observed at one of the following:-