Generally, the various listings of locomotive disposals describe private scrap yards by company name and the city, town or village in which the yard is located. This is fine if the particular company only had one yard in that area but leads to confusion if the company had more than one yard or changed the location of its yards.

An example of such confusion concerns the disposal of Class 47 D1675-47089 AMAZON. There is no doubt what so ever that this locomotive was scrapped at Coopers Metals, East Coast Road, Attercliffe, Sheffield during late March/early April 1989, this being confirmed by local observations and photographs.

47089 AMAZON is pictured in the East Coast Road, Attercliffe, Sheffield scrap yard of Coopers Metals on 23rd March 1989. By this date scrapping of the locomotive was well underway.   Jonathan Longbottom 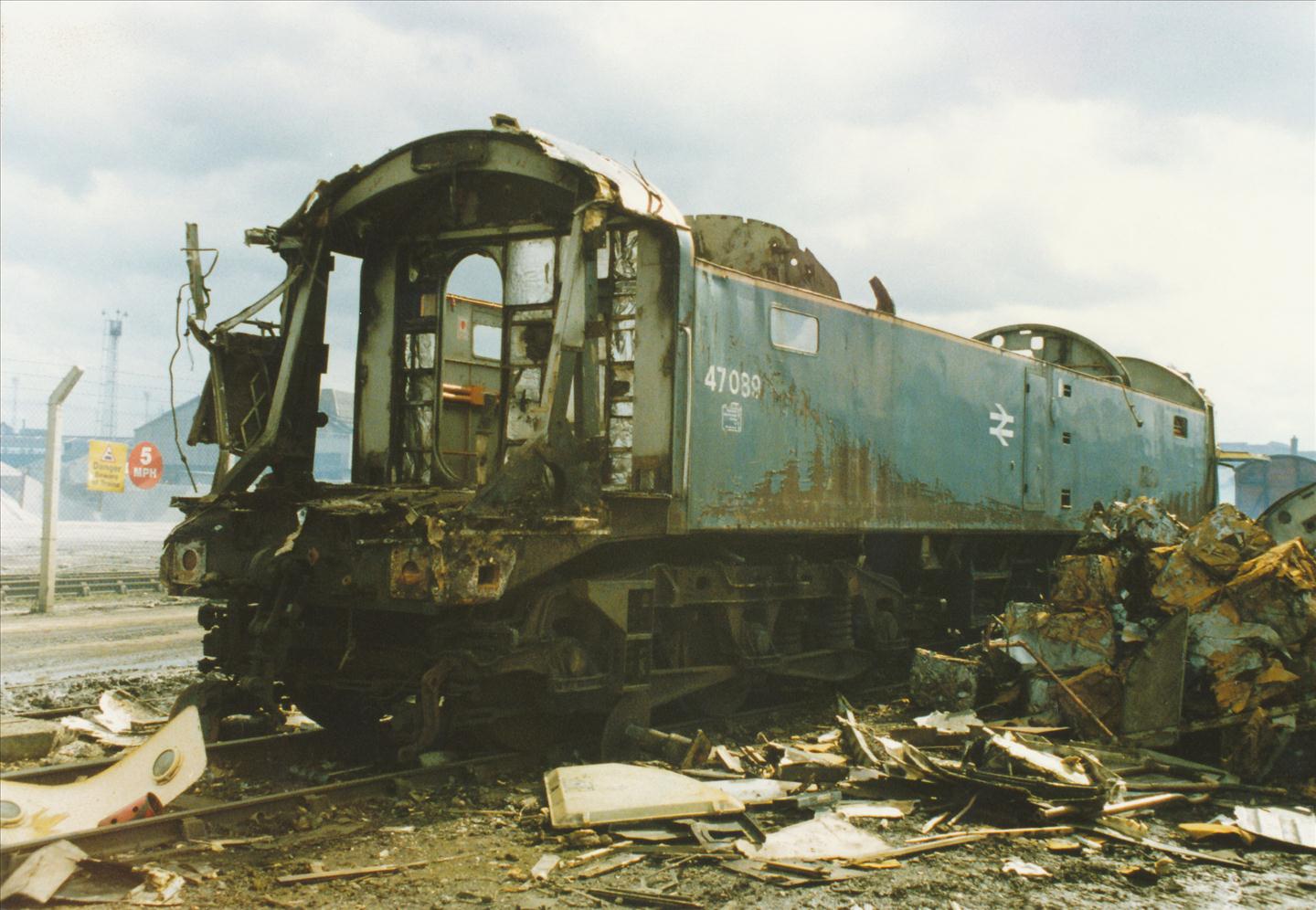 47089 AMAZON is pictured in the East Coast Road, Attercliffe, Sheffield scrap yard of Coopers Metals on 23rd March 1989. By this date scrapping of the locomotive was well underway.   Jonathan Longbottom

Coopers Metals actually had two Sheffield yards associated with the scrapping of BR diesel and electric locomotives. The first was located at Brightside Lane, Brightside, Sheffield, this closed in 1987. The second was that at East Coast Road, Attercliffe, Sheffield. The latter came about due to the take over of Marple & Gillott by Coopers Metals in 1987 whose yard it had been previously.

Obviously any disposal reference to Coopers Metals, Sheffield must also specify whether it was at the Brightside yard or the Attercliffe yard. None of the three references referred to above actually do that although in fairness the Diesel & Electric Loco Register (3rd Edition) does quote Attercliffe. That in The Allocation History of BR Diesels & Electrics (3rd Edition) is presumably in error due to the complier not realising that a different yard to that for earlier disposals was now being used or the information has been taken from the RO (p.328 July 1989) which wrongly stated Brightside.

It is not only the disposal of D1675- 47089 AMAZON though that the various disposal books have got the Coopers Metals references muddled. 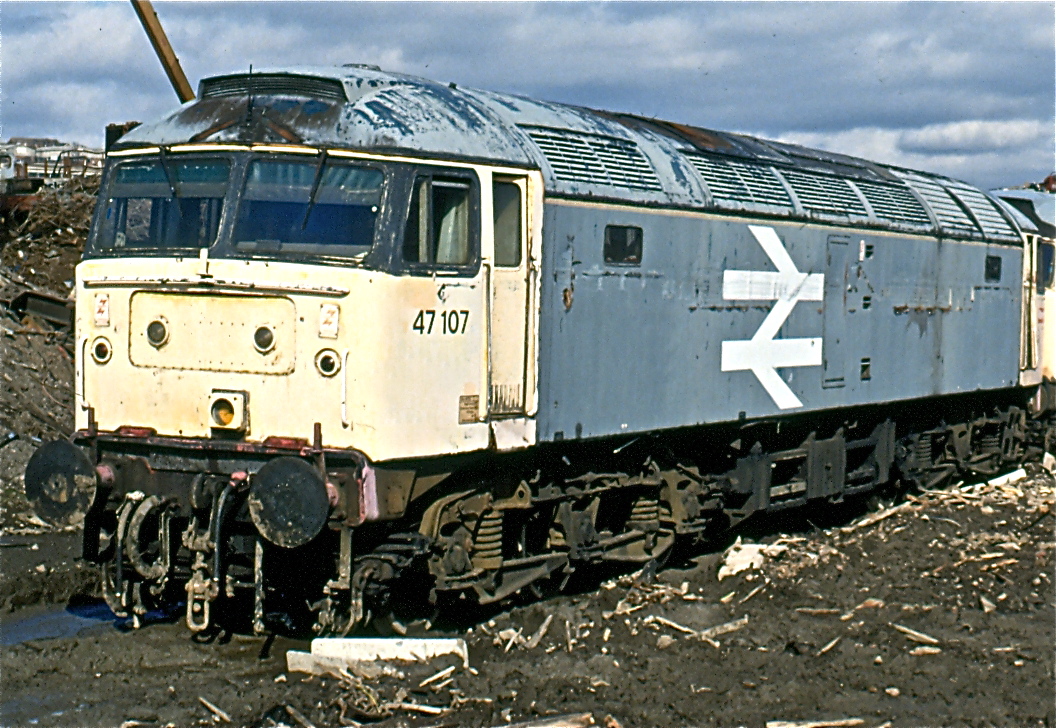 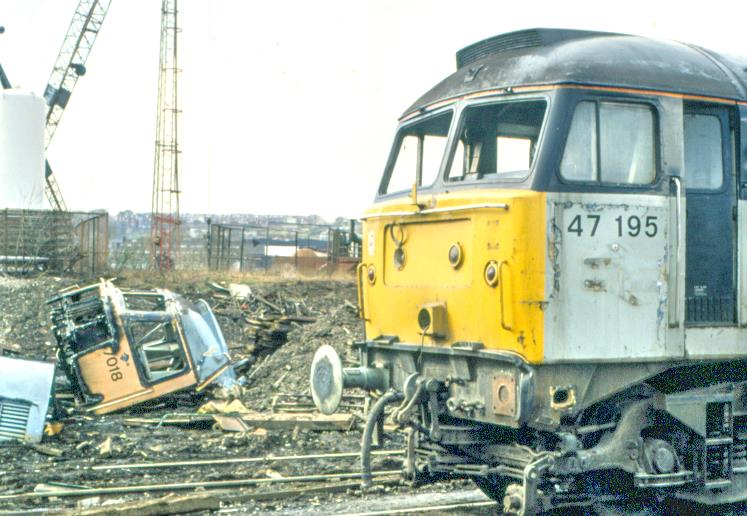 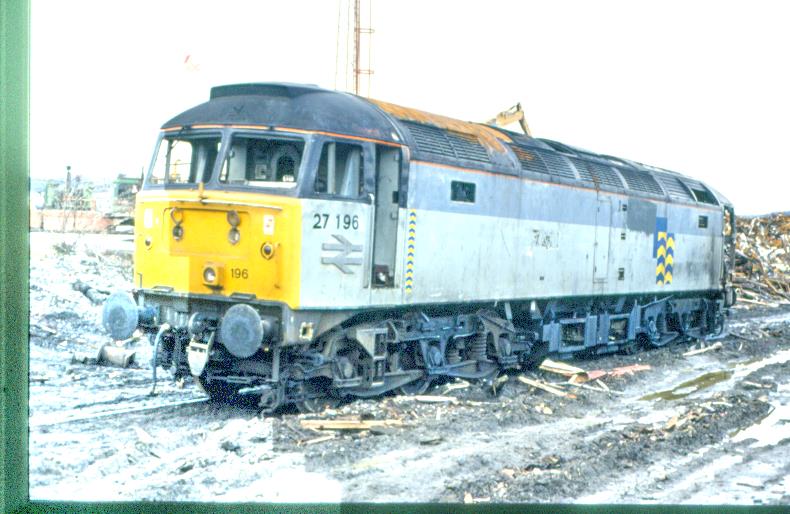 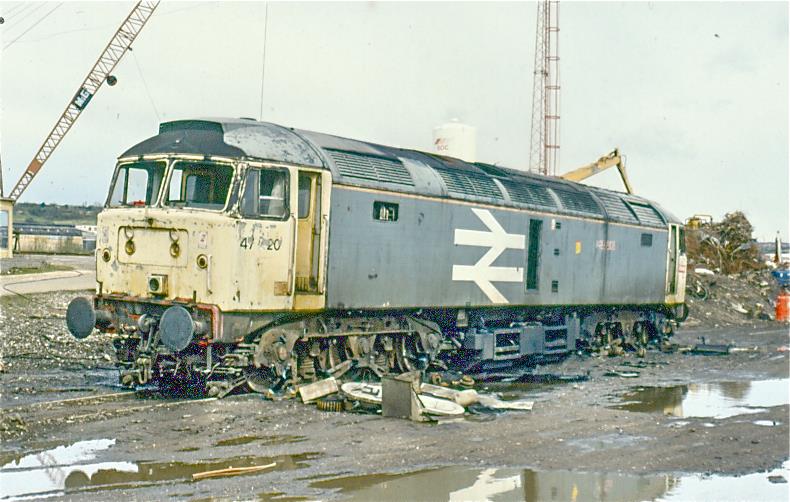 In 1995 as a result of amalgamation and restructering the Attercliffe yard came under the control of European Metal Recycling who were subsequently responsible for the scrapping of 13225-D3225-08157 & D3530-08415 acquired from industrial use and 12061 acquired from preservation at this location.

D7011 is seen shortly after arrival at the Attercliffe, Sheffield yard of Walter Heselwood. It was though not scrapped here, moving to the nearby yard of Marple & Gillott in early 1977 were it finally met its fate.   Peter Hall

D7011 is particularly interesting as it was one of a very small number of diesel locomotives acquired by Walter Heselwood for scrap. It remained in the yard from arrival in July 1975 until early 1977 when it was moved across the Atterclffe Goods Branch to the yard of Marple & Gillott. Oddly, in March 1976 03106 arrived in the Walter Heselwood yard and was scrapped a couple of months later.