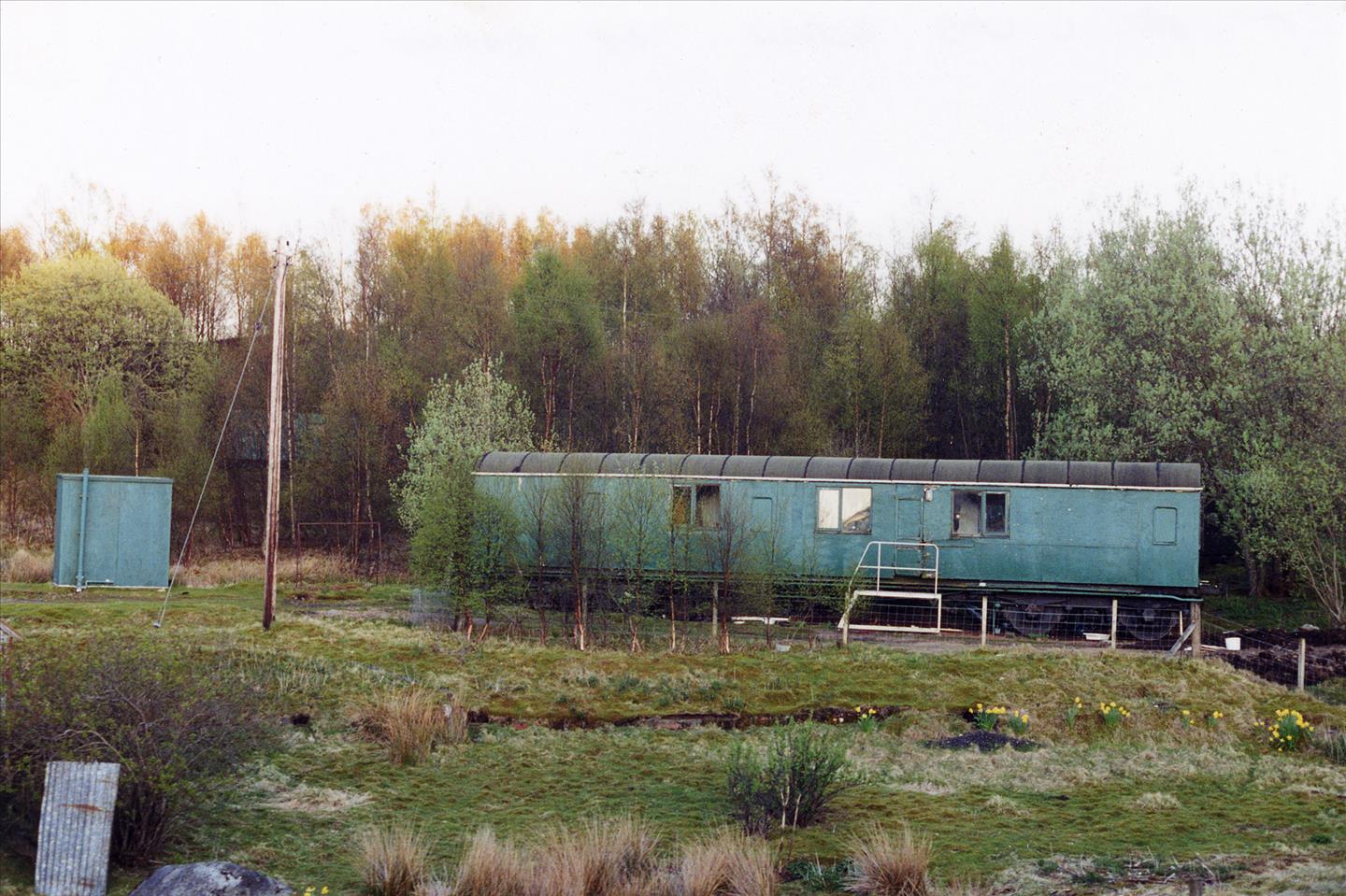 A familiar view to travellers on the West Highland line is this carriage, now used as an angling club camping coach at Rannoch station. Despite it being located there for at least sixty-five years its original identity remains a mystery?   Ivor Bufton

Since the 1950’s a familiar sight at Rannoch station has been a rather elderly carriage on an isolated section of track. This is used by an Angling Club whose members once worked at St. Rollox Works, Glasgow. The exact identity of this carriage has though never been established. The story goes that it was acquired from the works scrap line and after some modifications done during ‘lunch breaks’, it was moved from Glasgow to Rannoch by rail.

A more authorative account emerged in April 2020 when we were contacted by Niall Melles. Niall had come across the following mention of the carriage in the British Railways Magazine, Scottish Region for August 1954

“Angling; Coach at Rannoch. The angling section of the Staff Association has many keen members, but for some time it has been felt that there was need for the provision of accommodation at some suitable place in the Region to be used as a base for week-end fishing excursions. 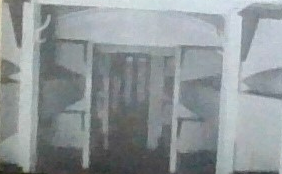 Recently it was possible to procure a large S&T dormitory coach and the Staff Association have had it converted into a camping coach for anglers. While it is not so luxuriously fitted as one of the ordinary camping coaches on hire to the public, this vehicle should prove very suitable for the purpose contemplated. The interior is shown right.

It has twelve bunks, heating, lighting, cooking drying facilities, lockers, tables and chairs,blankets, cooking utensils and crockery will also be provided from the funds at the disposal of the Executive Committee of the Staff Association.

The coach is to be stationed at Rannoch and parties from Staff Association clubs who wish to book it for short periods should ask their local secretary to reserve the coach through the General Secretary. There will be no charge to Staff Association members.”

Whether the carriages disposal by BR was ever correctly recorded or not may be one of the reasons why its identity has never been established. General consensus is that the carriage is of LNWR origin and has features consistent with it having been built to LNWR Carriage Diagram 266. Such carriages had running numbers 2698 to 2766.

Interestingly, Scottish Region Camping Coach SC2 was converted from 2703 and it has been suggested that this may actually be the mystery Rannoch carriage. It would though appear that SC2 was still in use as a Camping Coach several years after the mystery carriage arrived at Rannoch.  It being listed at Creagan in 1961 and 1962.

The current appearance of the carriage is somewhat deceptive as in 1983 it was externally clad. We know this thanks to the three pictures below taken in 1975 by Alan Thwaites, 1976 by Paul Kirkup and 1983 by Martin Brewster who have very kindly allowed them to be reproduced. 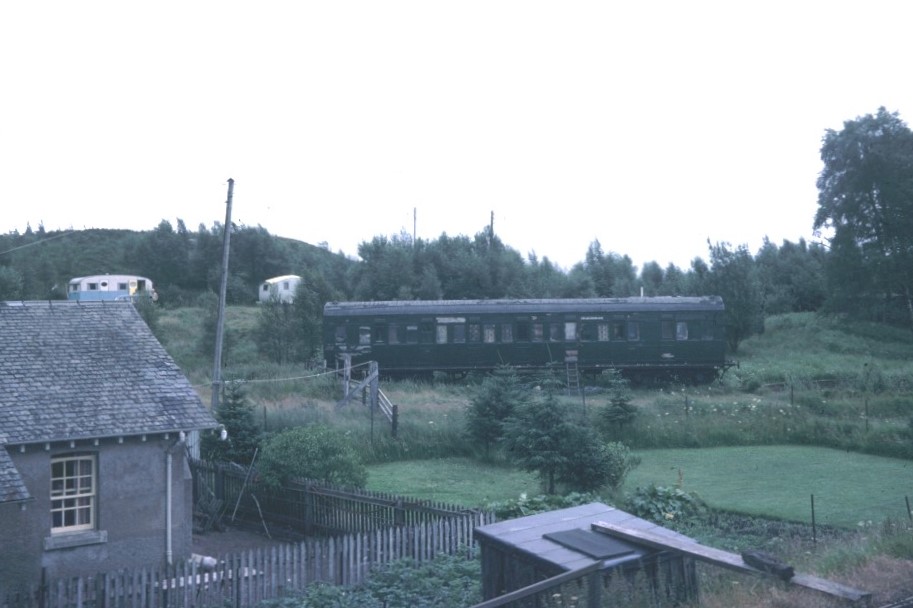 Taken from the window of a passing train on 21st July 1975, this is the earliest colour photograph so far located of the Rannoch Camping Coach. At the time it was painted dark green. Alan Thwaites 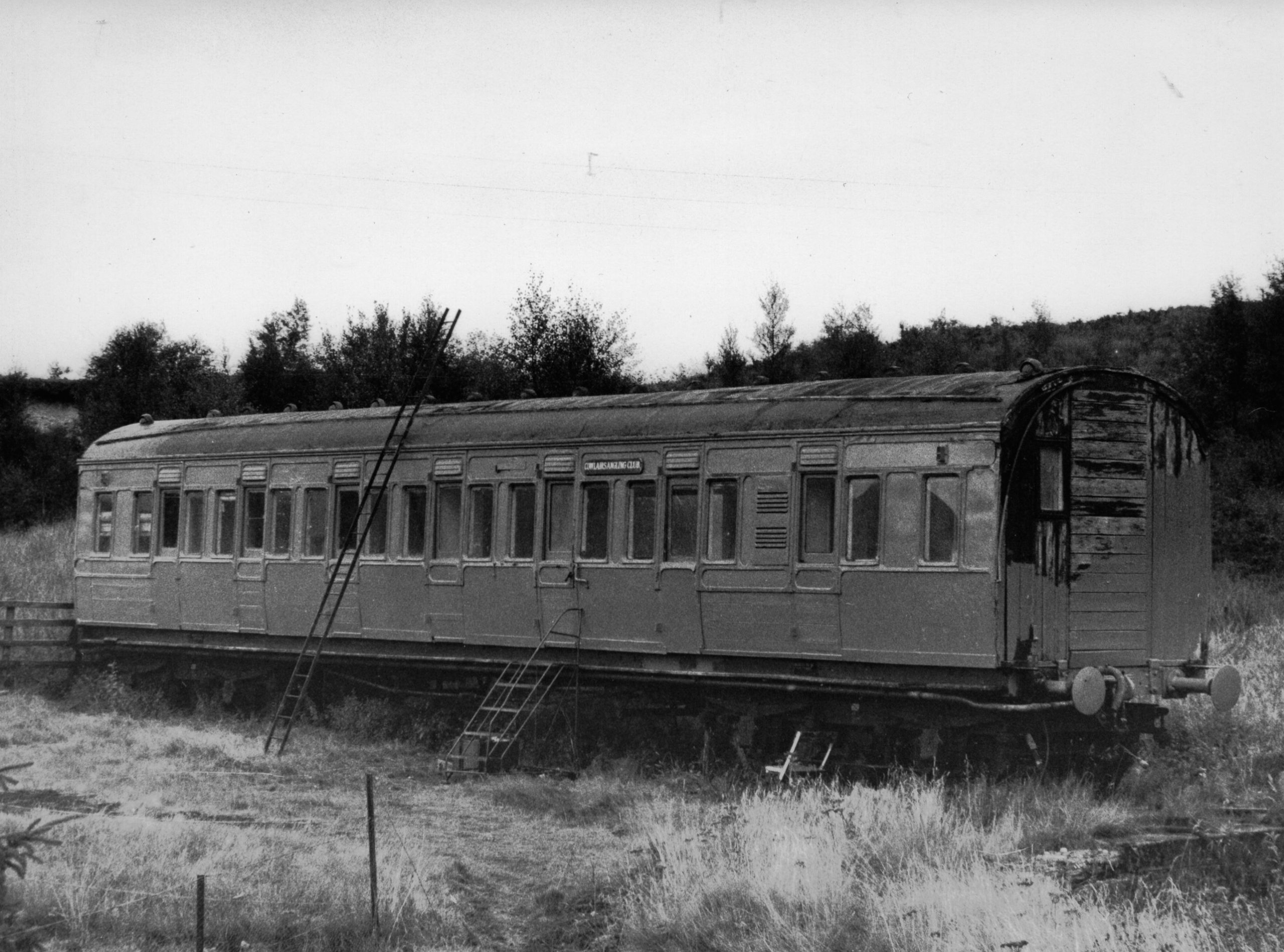 When this photograph was taken, on September 5th 1976, the carriage had not been reclad, and as such looks very different to how it looks today. It does though display many original external features which might help with its identification. It appears to have been painted since the previous picture was taken and was probably then in a light blue livery. Paul Kirkup 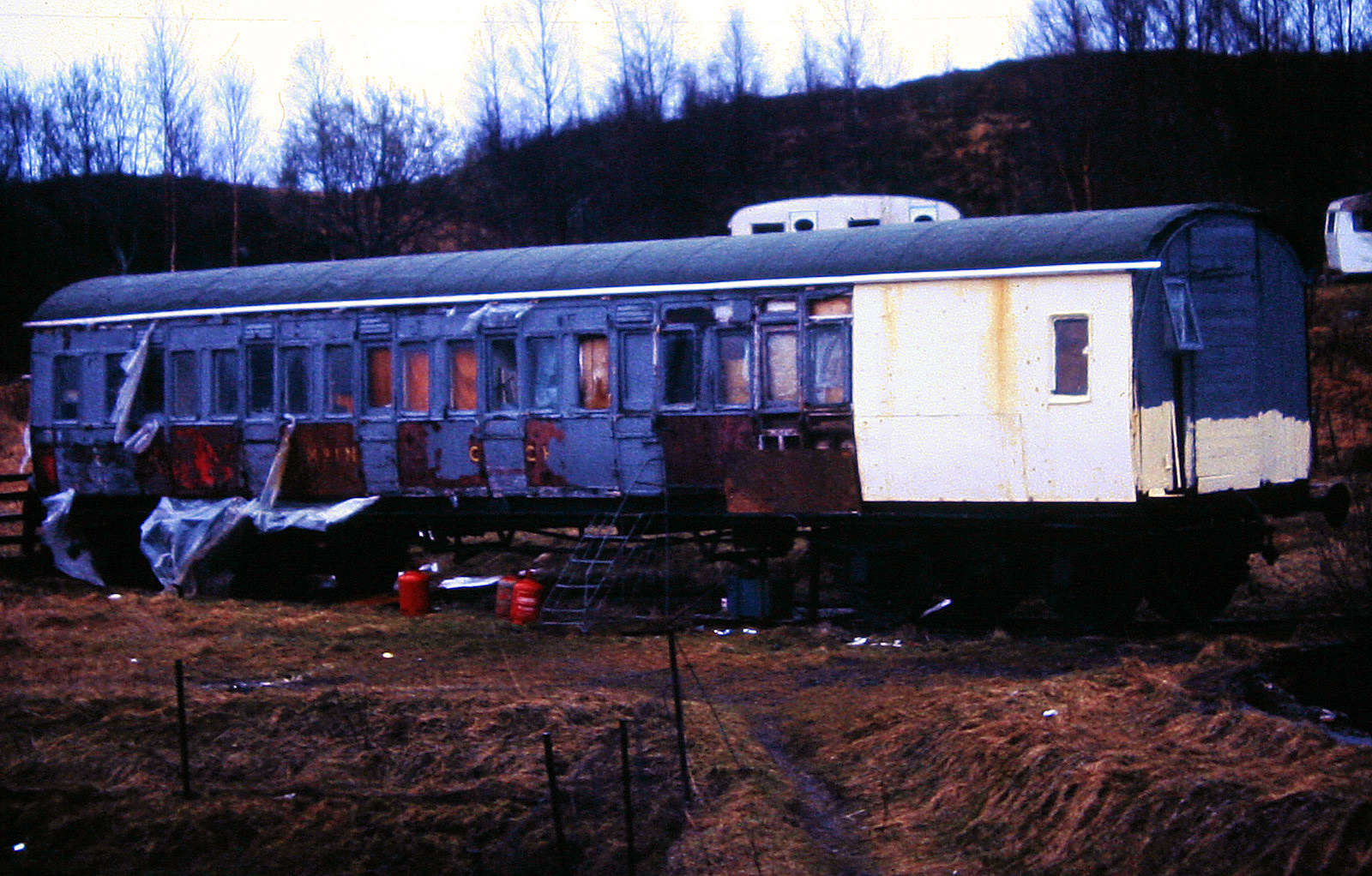 Taken in 1983, this picture shows work on adding cladding and transforming the carriages appearance. Note also that this revealed that it once carried CAMPING COACH branding and had then been painted maroon. This picture also confirms that it carried a light blue livery in the late 1970s / early 1980s. Martin Brewster

Any help in establishing the true identity of the carriage now at Rannoch would be very much welcomed as would anything that would help confirm or otherwise that it has been there since 1954.