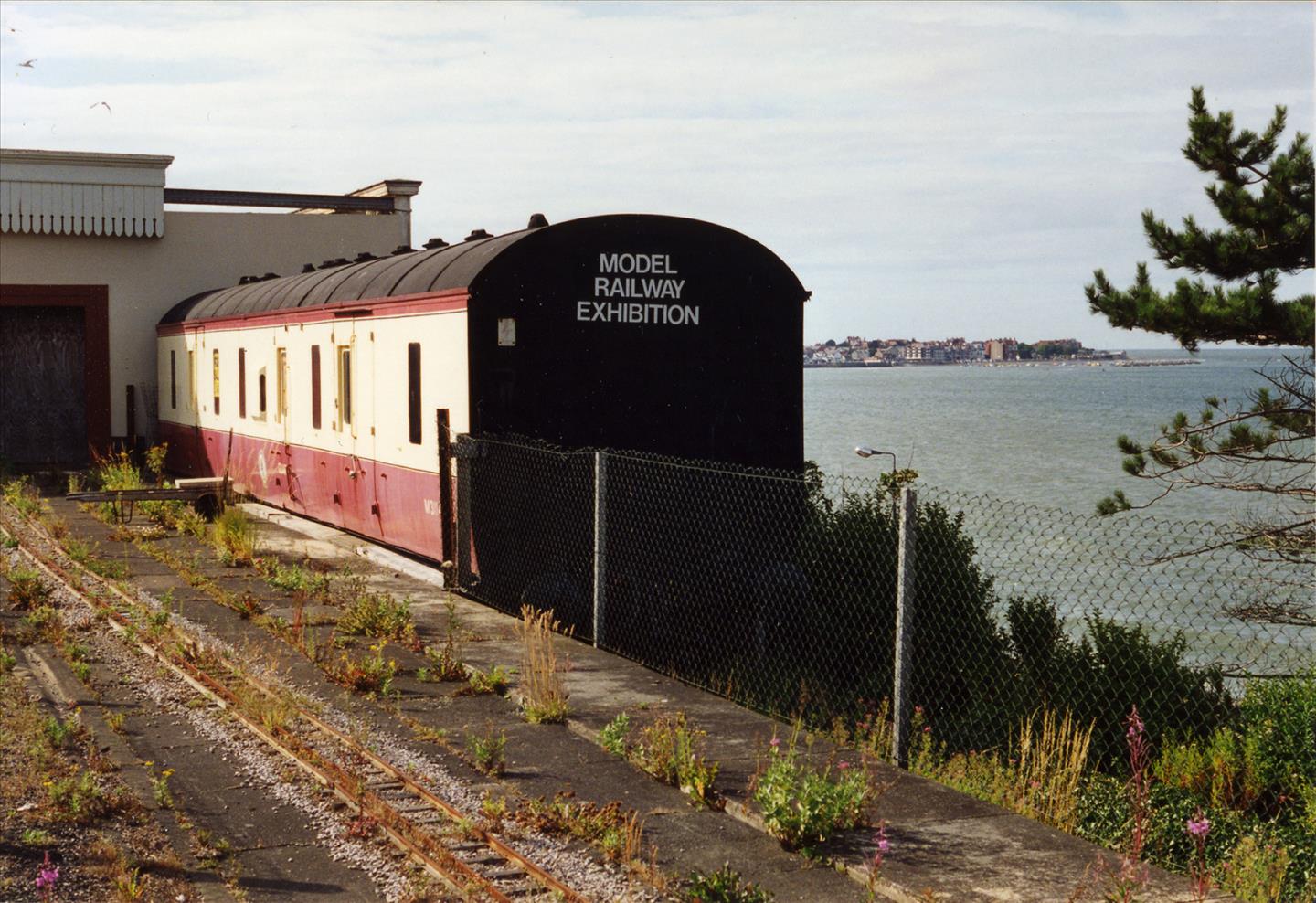 For several years in the early 1990's LMSR Gangwayed Passenger Brake 31148 housed a Model Railway Exhibiition at Colwyn Bay station. This being one of several locations this van has been located since being taken out of BR service.   Ivor Bufton

The publication in the 1970s of the 'Coaching Stock of British Railways Books' created increased interest in the NPCCS built to LMSR designs still then in use on the BR network. Details of condemnation and disposal details for many of these as they were withdrawn through the 1970s and early 1980s was given in the 'Railway Observer' but the disposal of many went unrecorded. What appears here is a 'work in progress' to list the disposals of the various vehicles of bogied types that survived into the 1970s and beyond.

Contributions from those who have observations or other information is very much welcomed. When you get a chance please have a trawl through your notebooks and photo albums, it just might be that you visited scrap yard or passed some exchange sidings when no one else was about and have a unique observation. As more information is received the entries will be revised to increase their accuracy.

In the following listings, where information is available, the location on the British Rail network from where the vehicle was despatched from for disposal is given. Where a 'disposed from' date is included, this is the date recorded for initial movement. It should though be noted that it could take days, if not weeks, to reach the intended destination. If a date is preceded by 'p' then the date being referred to is a BR period rather than a calendar date. Where preservation locations have changed names the most recent is normally quoted. Similarly, where Counties are quoted the current name is used.