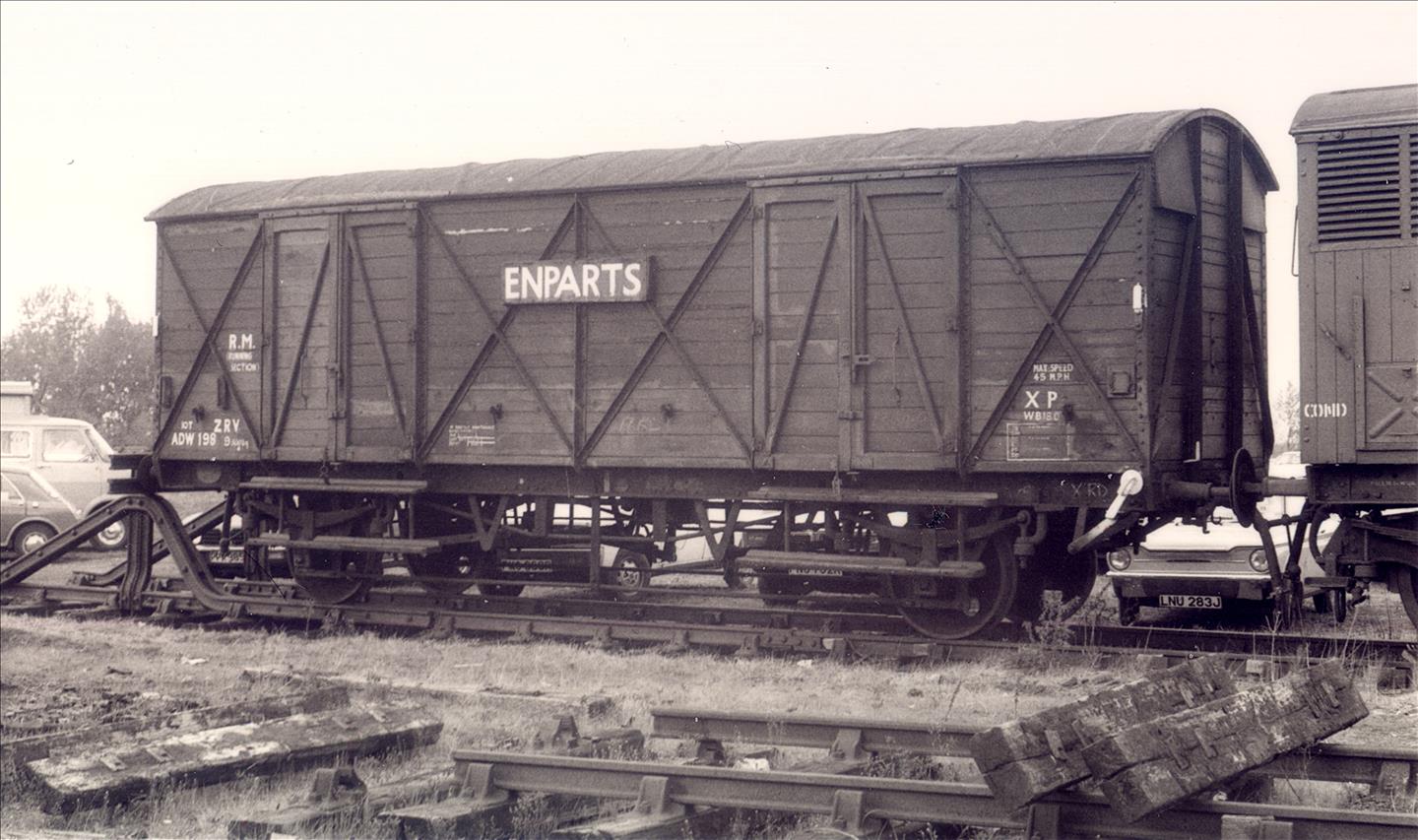 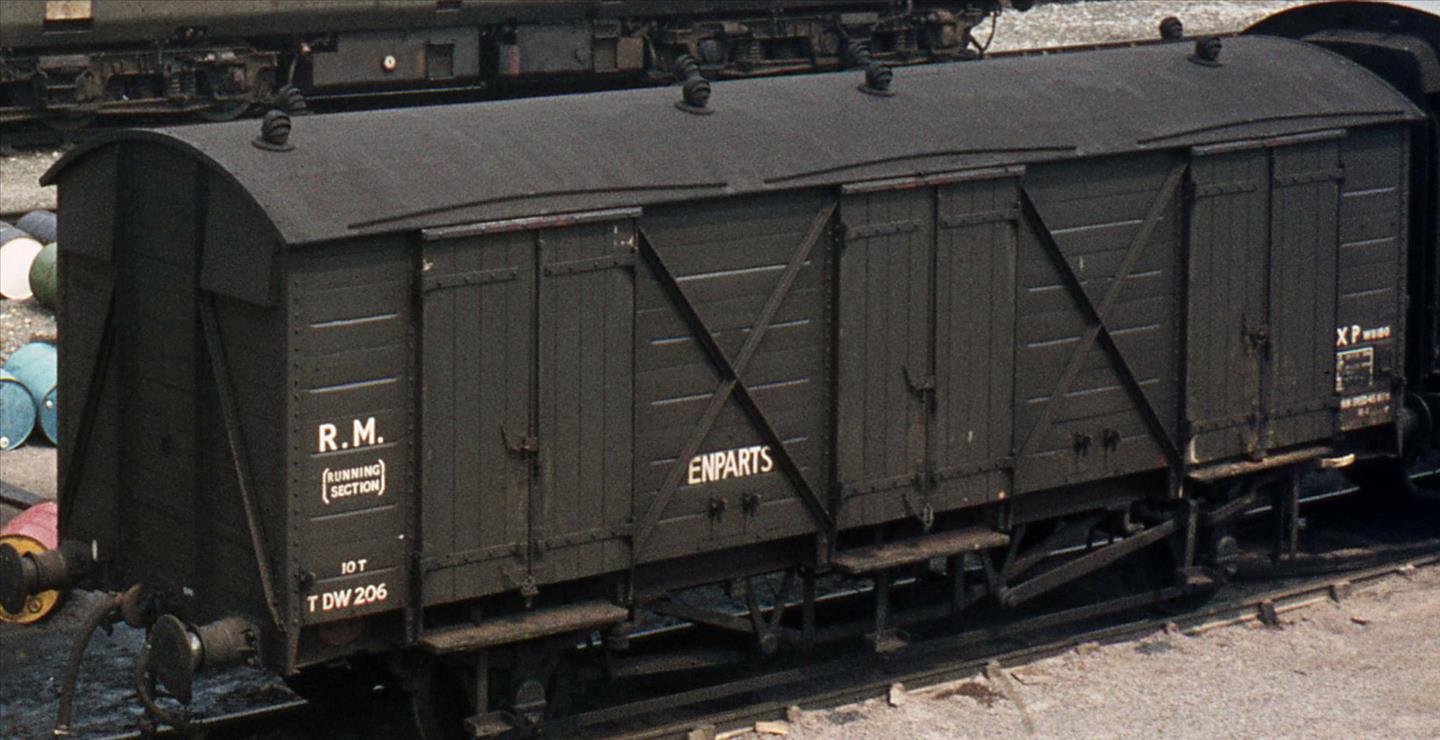 ENPARTS Van TDW206 at Cardiff Canton on 26th June 1973. This has clearly been converted from a BR/GWR Fruit D but what was its former identity?   Rail On line

The GWR had quite a number of what are now referred to as departmental or service stock numbering series each starting at 1. The numbers were often re-used if a vehicle was scrapped or replaced. This happened in 1947 when nine ENPARTS Vans numbered 198-206 that had been converted in 1944 from Open Siphons were replaced with nine Mink D’s. These Mink D conversions continued to be used until the 1970s. In 1955 a further Mink D was converted to an ENPARTS Van. By then BR practice was to add a ‘D’ prefix to the number of any wagon taken into service stock rather than re-number it. Details of these ten are given below:-

In later years an ‘A’ (CM&EE) or ‘T’ (Traffic) prefix was added to the service stock number of the survivors.

However, this does not explain TDW206, pictured above, at Cardiif Canton in 1973. This is clearly converted from a Fruit D not a Mink D! In addition the bodies of two Fruit D’s have turned up on South Wales farms numbered ADW200 & ADW201, identified on examination to
have originally been 92106 & 92068 withdrawn in 1971 & 1974 respectively! The mystery deepens when the book ‘BR General Parcels Rolling Stock – A Pictorial Survey’ is consulted as this contains a picture of DW201 taken at Swindon in 1969. The van pictured though is clearly a Mink D!

A possible explanation is that for a period in the 1970’s the GWR practice of re-using numbers of condemned service stock for their replacements was revived. Consequently several of the Enparts Vans converted from Mink D were replaced with recently condemned Fruit D’s.

Any help or comments which might help resolve this mystery would be very much welcomed.