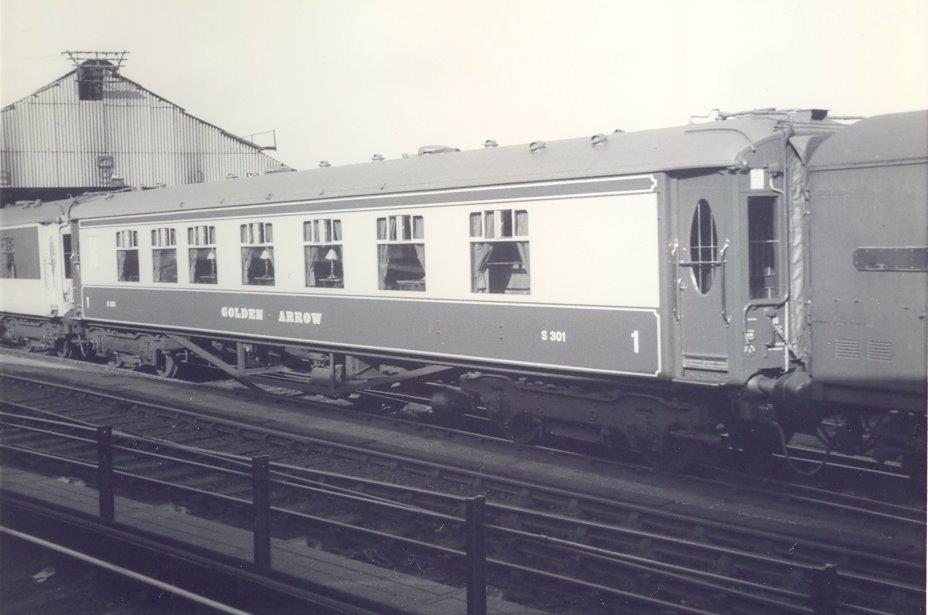 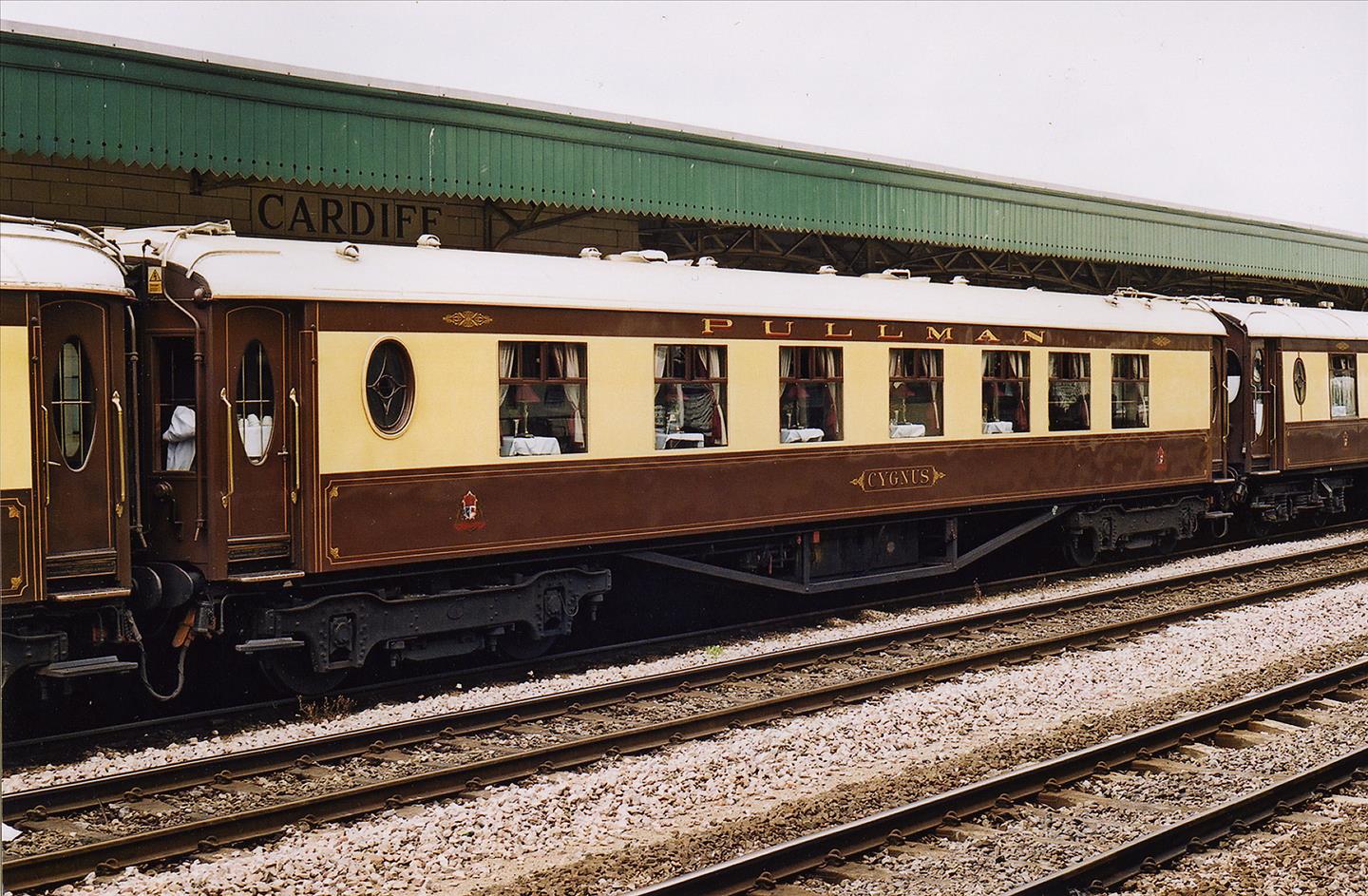 Pullman Car CYGNUS, fully restored, is pictured in use at Cardiff on 29th June 2002   Ivor Bufton 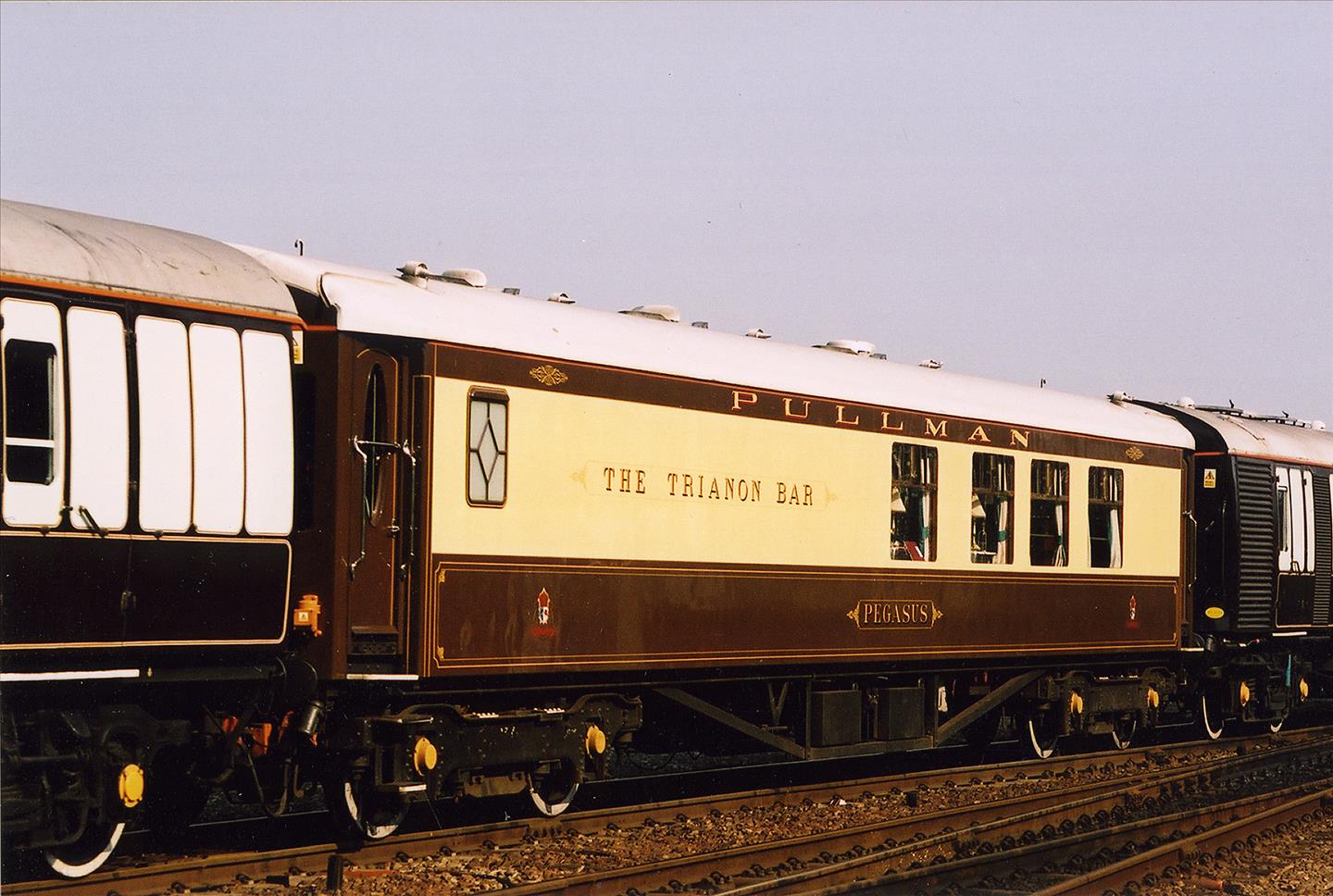 Pullman Car PEGASUS, fully restored, is pictured in use at Chester on 2nd May 2005   Ivor Bufton

At the beginning of 1972 six of the ten ‘Golden Arrow’ Pullman Cars built in 1951 and 1952 remained in use. The number of Cars needed for the ‘Golden Arrow’ progressively reduced from 1963 with displaced Cars finding use elsewhere. The train last ran on Saturday 30th September 1972. As a consequence all but ‘PEGASUS’ of the remaining Cars were withdrawn. ‘PEGASUS’ was by then in use as a ‘Nightcap Bar’ on West Coast Main Line Sleeping Car Trains, a role it continued to perform for several subsequent years.

All ten of the Cars are listed.