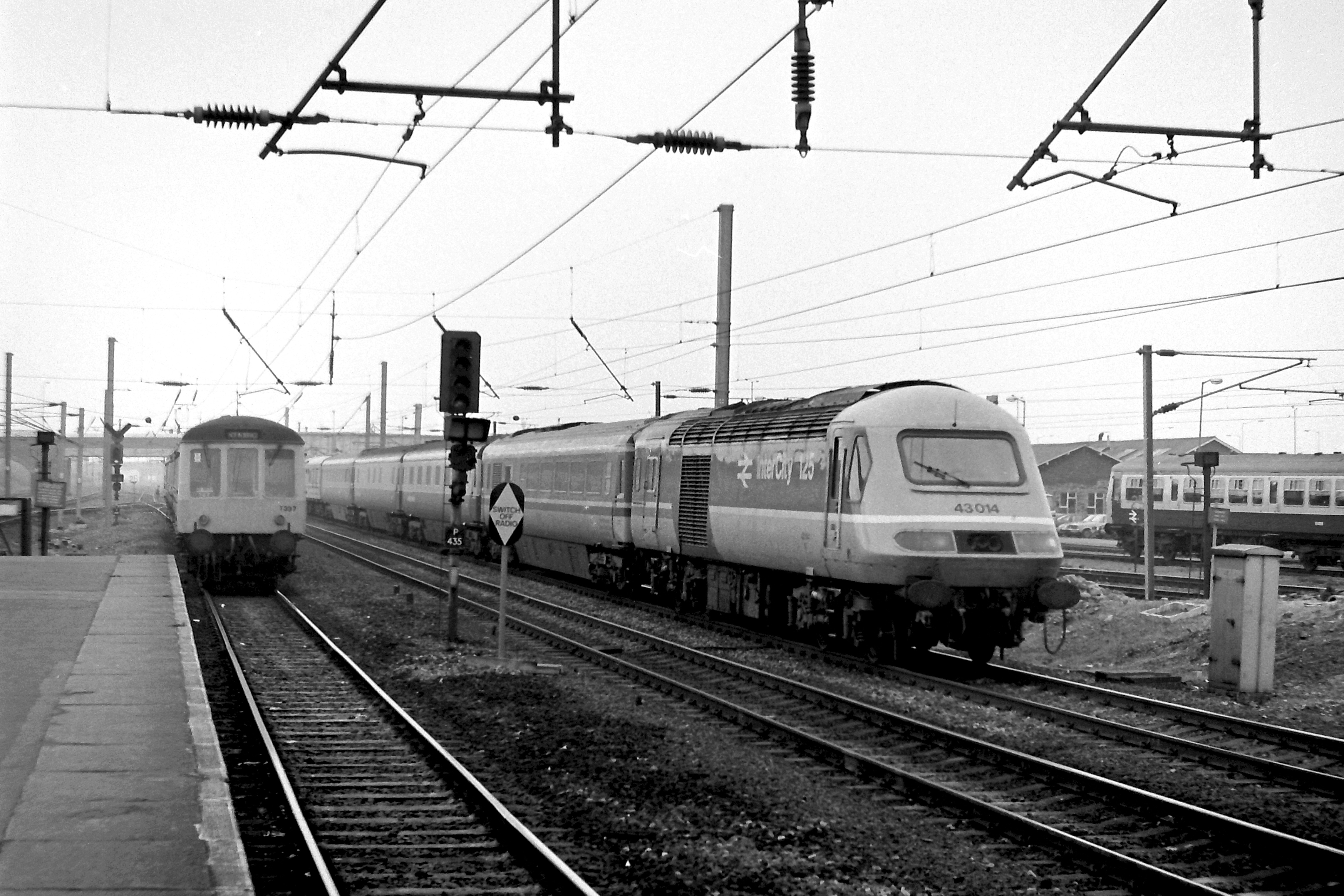 During the trial/testing phase of the ECML Class 91’s 43014 was modified to enable it to assist in the testing programme and was fitted with a set of buffers. The livery was also heavily modified at the time of the change-over; it is seen passing through Peterborough on a southbound test train on 29th June 1988. The set number has been replaced by the power car’s number 43014 below the cab front window. Bob Green

Following privatisation 43014 was assigned to Virgin Cross-Country services, between the North and the South West – duties which it carried out in the days of British Railways. Operating in the southerly direction on the west coast mainline the locomotive is pictured whilst making an obligatory stop at Preston on 16th October 1999. Bob Green 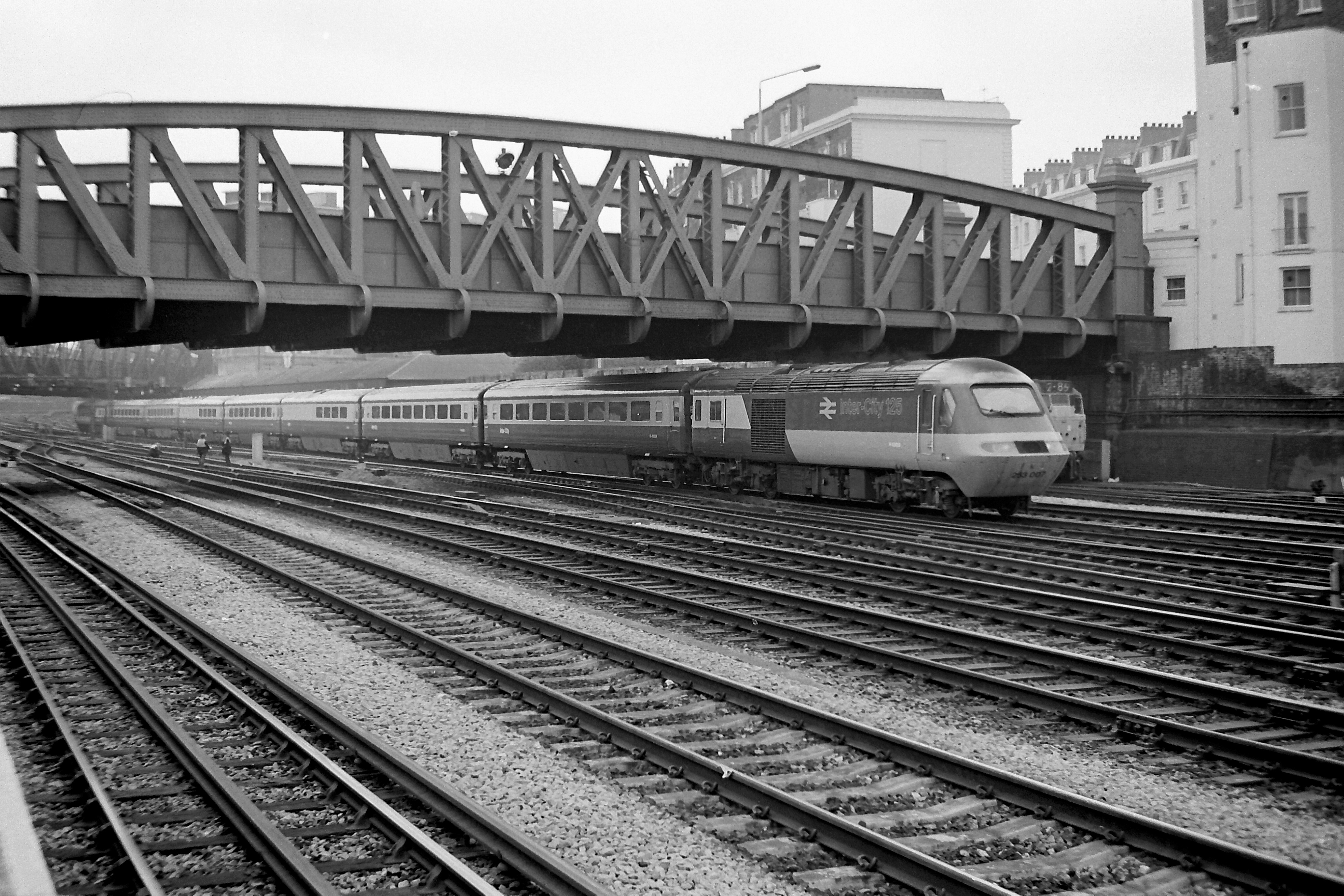 In the initial IC 125 livery as introduced on the Western Region the power car is photographed leaving Paddington on a service heading westwards on 21st April 1977. The picture is taken from Royal Oak underground station platforms which now no longer exist. Note set number 253 007 low down on the ‘nose’ Bob Green 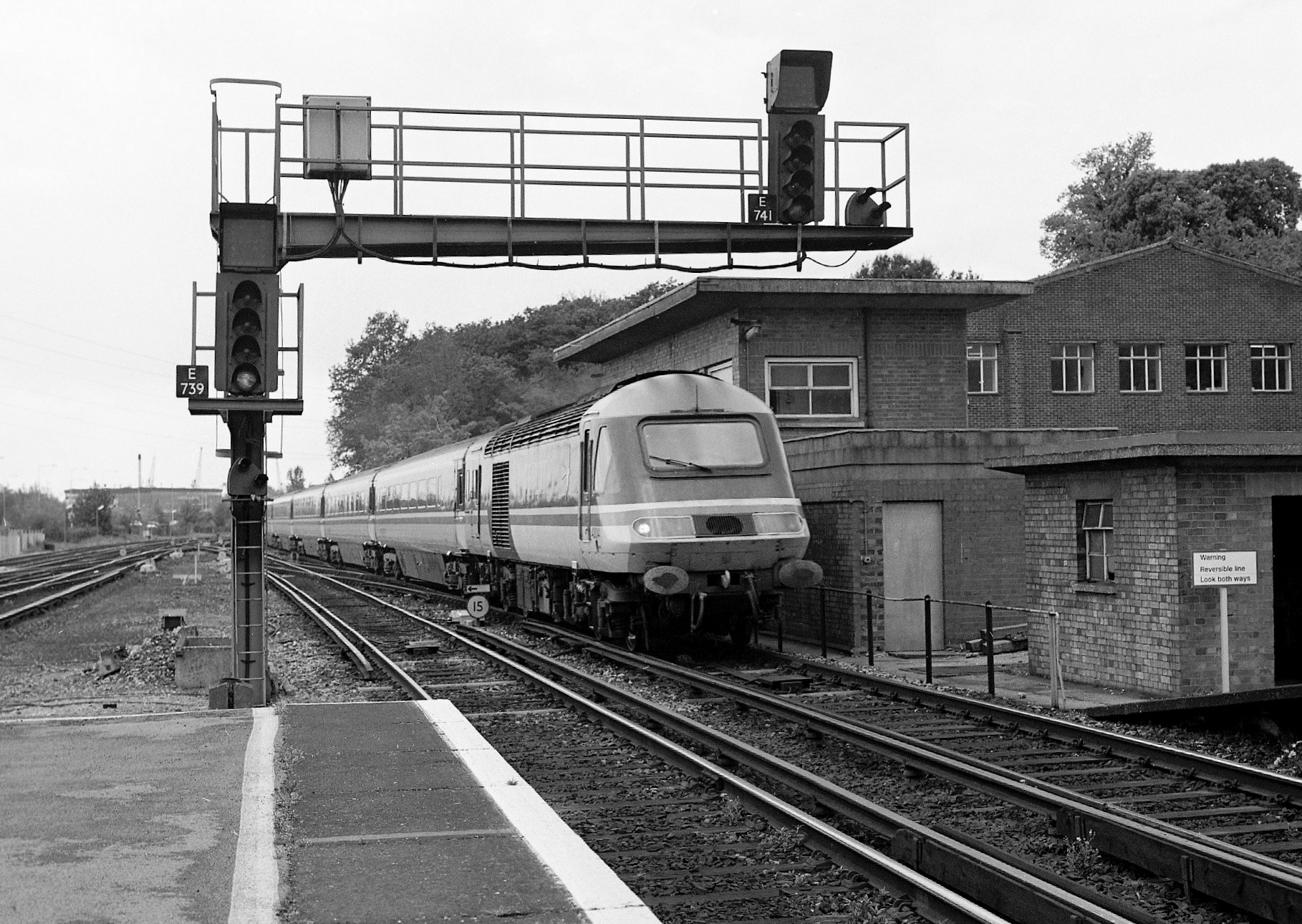 43014 was to become part of the cross-country fleet of locomotives and was branded in the Inter-City Livery. It was frequently seen operating between and the South and Southwest services to the North East and North West of England. Here it is pictured at the start of its journey from Southampton to the North on 14th May 1994. InterCity 125 branding has been removed and the broad dark grey band and red band extended round the front of the cab. Bob Green 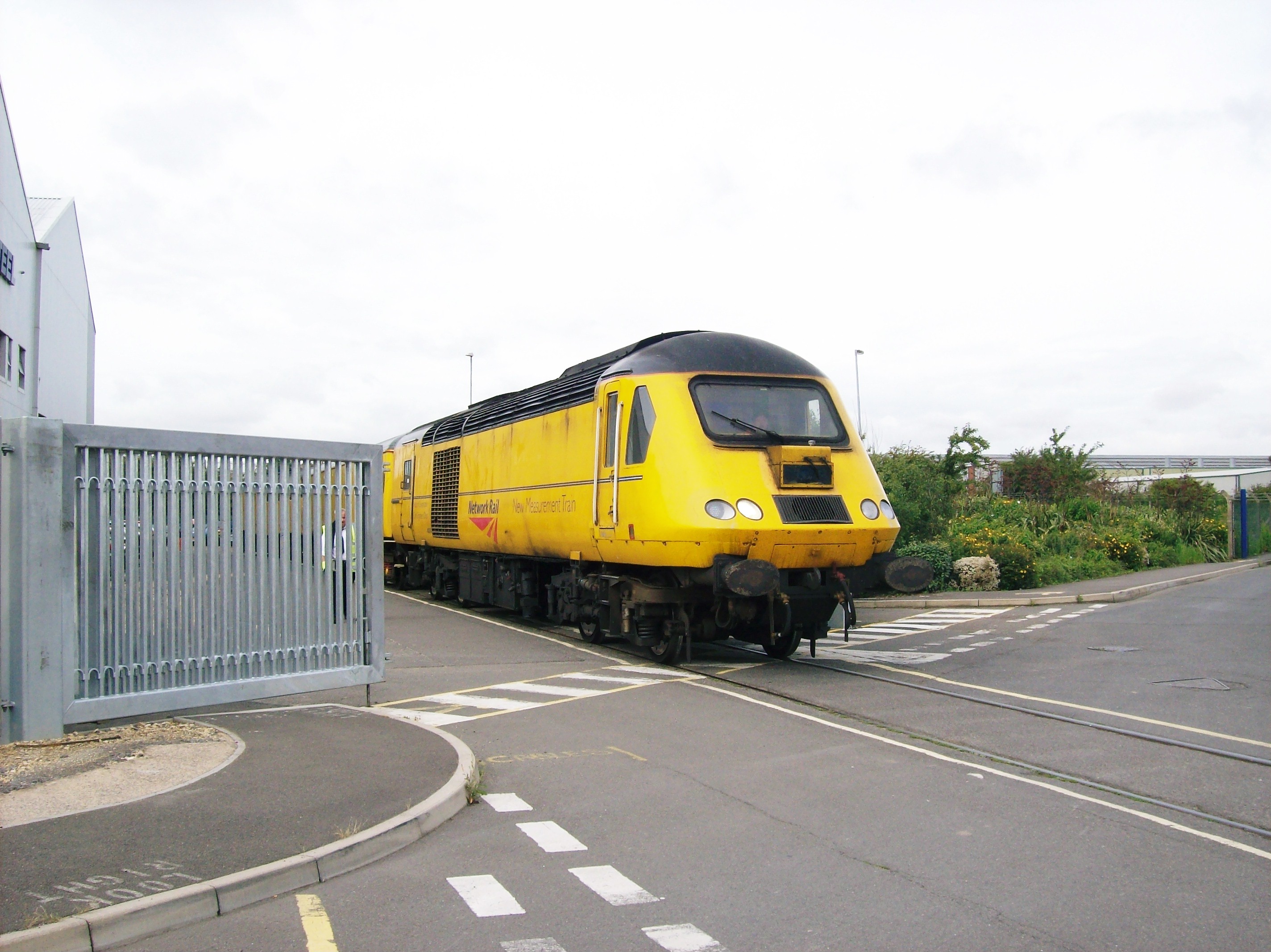 43014, in yellow livery with Network Rail New Measurement Train branding, arriving at Brush, Loughborough on 3rd August 2009 for re-engineering, which replaced its Paxman Valenta power unit with a MTU one; it departed from the works on 7th October. George Toms

Designed under the auspices of British Rail’s CM&EE at the Derby Technical Centre, a successful trial of the prototype HST in 1972/3 resulted in a production order of 197 power cars, including five spare ones and an appropriate number of Mk.3 vehicles being placed in 1973. This provided a much needed InterCity rolling stock solution ahead of the formalisation of production variant of BR Research’s Advanced Passenger Train, which at the time, as a gas turbine prototype, was undergoing trials. In the event both technical complexity and the 1973 oil price shock resulted in APT development stalling and a rolling stock renewal gap emerging into which the HSTs neatly and efficiently fitted.

The first build of HST125 sets, as they were marketed by British Rail, entered fleet service on the Great Western main line in 1976, the trains quickly improved both passenger perception of service quality and passenger loadings.  The next tranche was destined for the East Coast main line where fleet operation began in May 1978, initially with around 18 of an eventual 32 sets available for diagram.

43014 was originally part of Western Region set 253007 together with 43015.  On privatisation it became part of the Virgin Trains fleet, being repainted in its livery in summer 1999, then in 2003 it was transferred to Network Rail to work the New Measurement Train and was repainted in NR yellow livery.  It became ‘our locomotive’ in June 2014, see the naming ceremony page.

The NMT is normally worked by two of the three dedicated power cars 43013/4/62 although one is currently away for overhaul and ERTMS fitment.  It works a regular roster covering many lines at one, two or four week intervals.  Reports of its workings are regularly including in the RCTS’s monthly magazine, The Railway Observer, based on observations submitted by members. 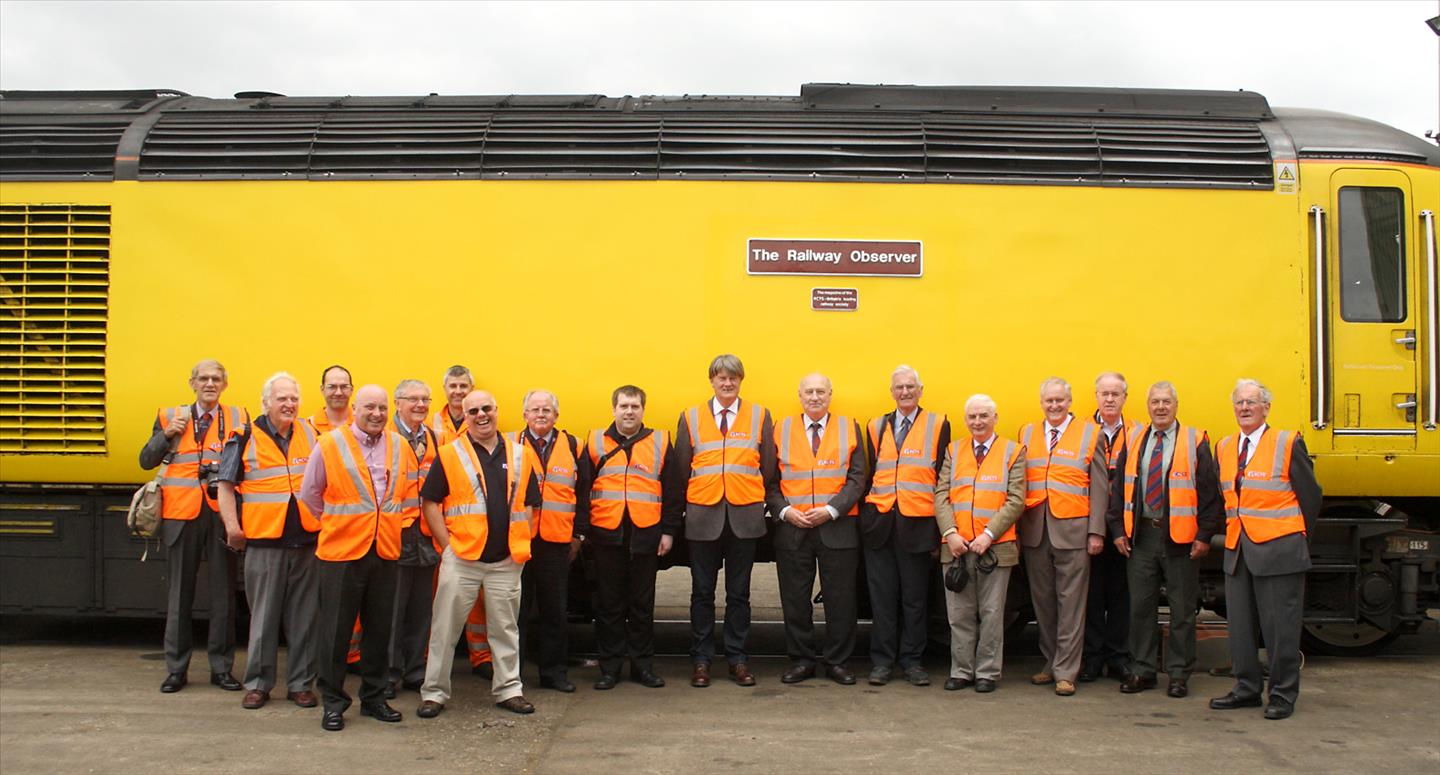 Two locomotives have proudly carried the name The Railway Observer; 37890 which was bestowed with the RO name at Hither Green depot on 23rd February 1994 and 60001 which was named at Toton depot, again on 23rd February, seven years later in 2001.

60001 was stored at Toton on 2nd March 2006 after unofficial reports that a big end had failed and a connecting rod had gone through the side of the engine block. Subsequently, in 2013, the nameplates were removed.

Following a suggestion by a member of the society’s development sub-committee and supported by the MC, a proposal was made to Network Rail to have one of the Cl.43s which power their New Measurement Train named The Railway Observer. The RO name is of course most appropriate as the object of the measurement train is to spend its time ‘observing and recording ‘the railway’.

Negotiations were successful and it was on 17th June at the Railway Technical Centre at Derby power car that 43014 was named The Railway Observer by Eric Palmer, Society Vice-President and the chairman of the development sub-committee. In attendance were members of the MC and the DSC. About two hours after the ceremony the train was out on the network and was heading for Crewe.

The naming would not have taken place without the kind permission of Porterbrook Leasing who agreed to have one of their power cars named and the Society appreciates the company’s co-operation and support.

At Network Rail our thanks go to Gerry Swift, Head of Community Rail Planning & Development who started the ball rolling and to Mick Stewart, NDS Senior Fleet Engineer and Stuart Burrows, Fleet Engineering Manager, who oversaw the project and gave invaluable help and assistance. At the naming ceremony one RCTS wag commented that the nameplates were not straight causing much mirth as both Steve Simkins and Simon Thornton, who had actually fixed the plates to 43014, were standing right behind the culprit but took no offence as the plates were perfectly straight! The nameplates were manufactured by Procast and Steve Cliff had made a perfect job casting all four plates which look resplendent on 43014. In addition to the main nameplate there is also a small secondary plate underneath proclaiming “The magazine of the RCTS – Britain’s leading railway society”.

Our own Andy Lickfold from the DSC was the chief negotiator with all the parties concerned. Andy put in a considerable amount of time and effort in ensuring that we had nameplates fitted.

43014 heads an NMT run from Plymouth to Paddington through Taplow on 20th June 2014 Photo: Jim Tucker
Posed alongside a passing Freightliner headed by 70001, 43014 The Railway Observer is about to lead the NMT away from Derby RTC, after the ceremony, on its first revenue run to Euston Photo: Mike Robinson
RCTS Vice-President Eric Palmer is performing the official naming of 43014 “The Railway Observer” at Derby RTC on 14th June 2014. Photo: David Kelso
The Society headboard is briefly displayed on the bufferbeam of 43014 Photo: W Gordon Davies
43014 propels a Heaton-Bounds Green trip south through Grantham on 23rd June 2014 Photo: Mike Robinson
43014’s nameplate Photo: Paul Chancellor 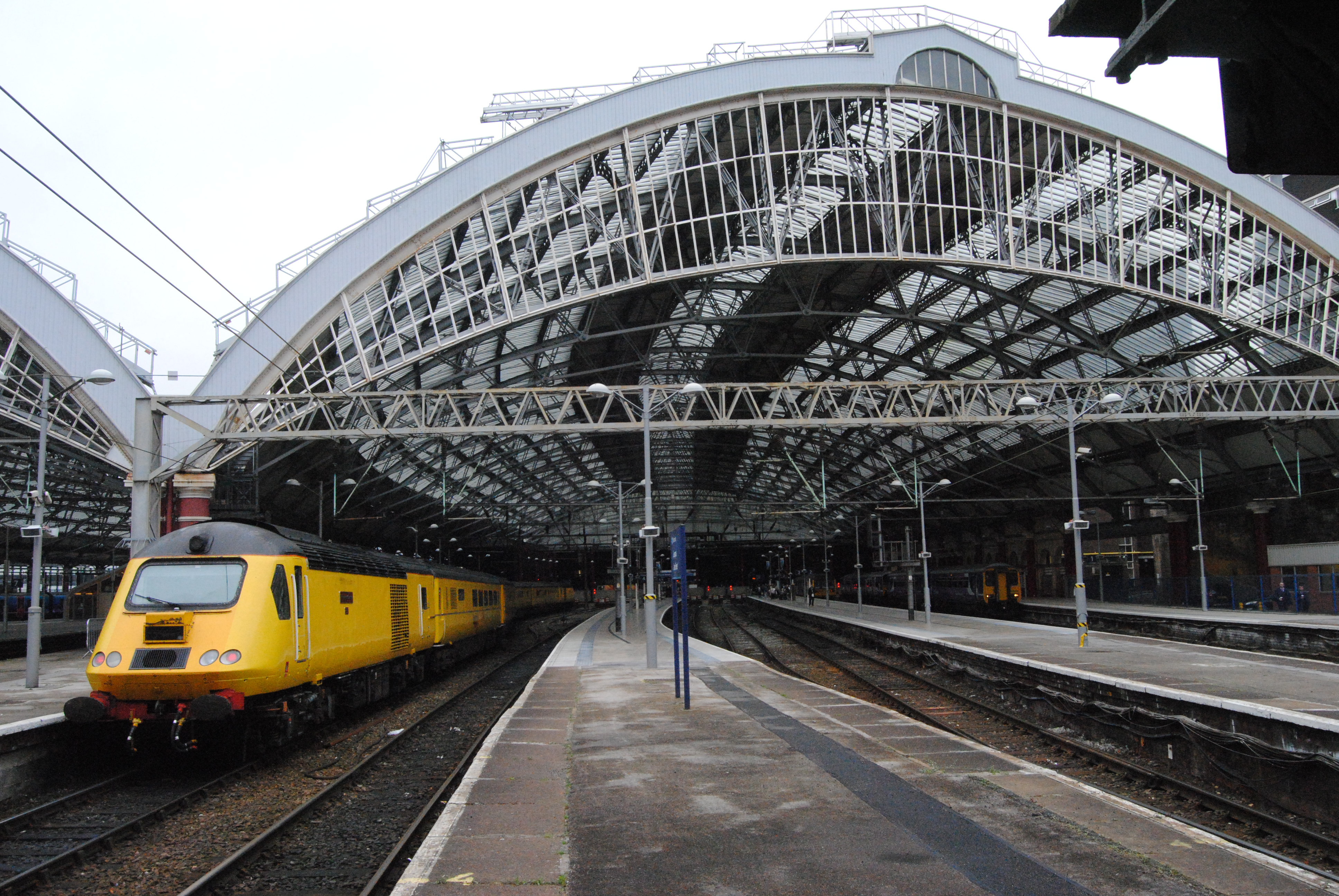 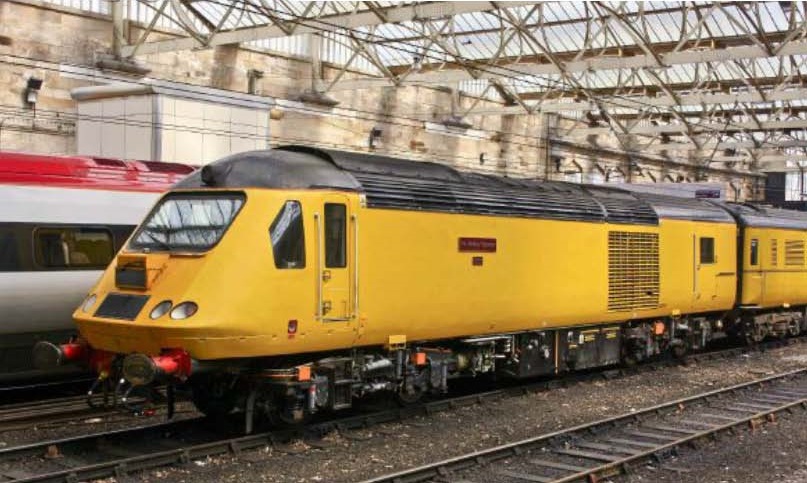 43014 The Railway Observer in unbranded Network Rail yellow livery at the rear of the NMT in Carlisle at 14.24 on Monday 21st July 2014. The rear light appears to be illuminated. Probably a Heaton-Carlisle-Derby working. Alan Lovecy