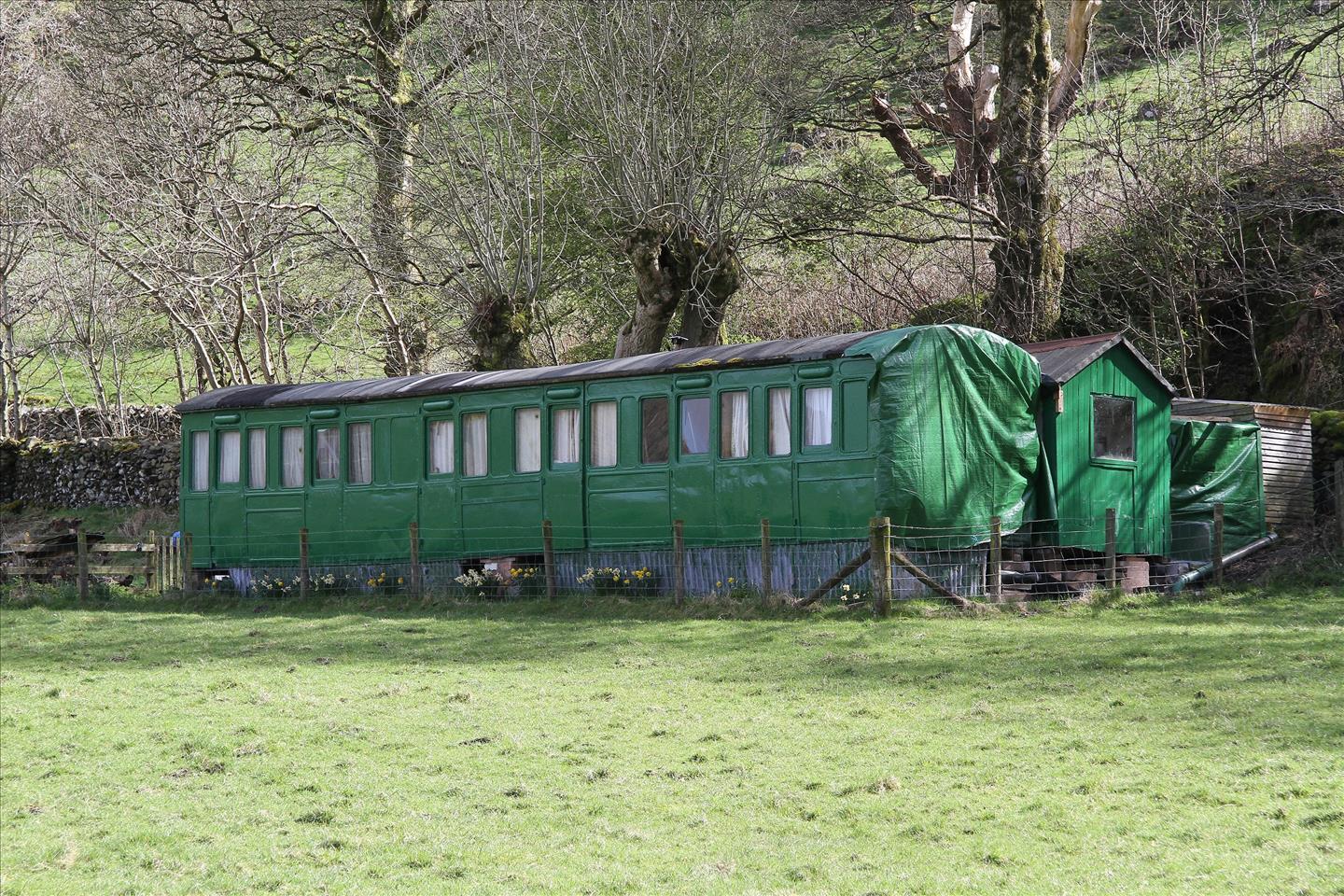 The attached photograph was recently taken at Fornside Farm (NY321205), by the road from Threlkeld towards Grasmere, a short distance south of Threlkeld Quarry Mining Museum near Keswick. Could any information be given about the origin and history of the coach? (Malcolm Snowball: 22282)

A.North British Railway 6-wheel composite of about 1900 is suggested as the origin but is also queried: compare distinctive door vents with that of NBR 4 compartment 1st at Tanfield, whereas shape of roof has been raised as a query against NBR origin. A Clemison 6-wheeler ex Furness Railway is also suggested as an alternative origin, which is more likely geographically. The Interior is gutted. This Information attributed to the Vintage Carriage Trust Survey. (Max Birchenough: 10893, Ian Prince: 14411)