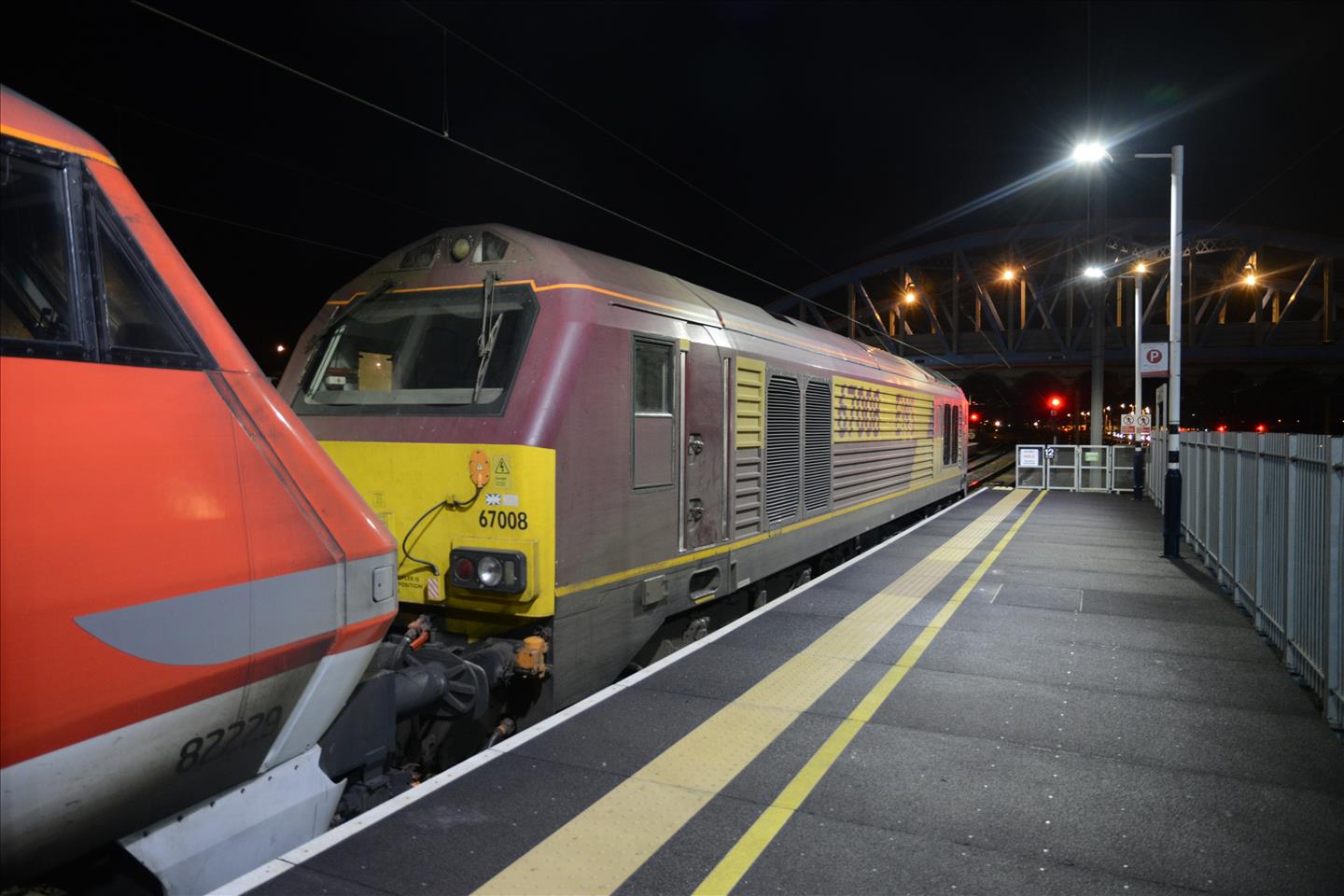 All trains listed were planned to be or were dragged between Doncaster / York* and Newcastle-upon-Tyne. Trains were diverted between Northallerton and King Edward Bridge North Junction via Yarm, Stockton-On-Tees and Hartlepool.