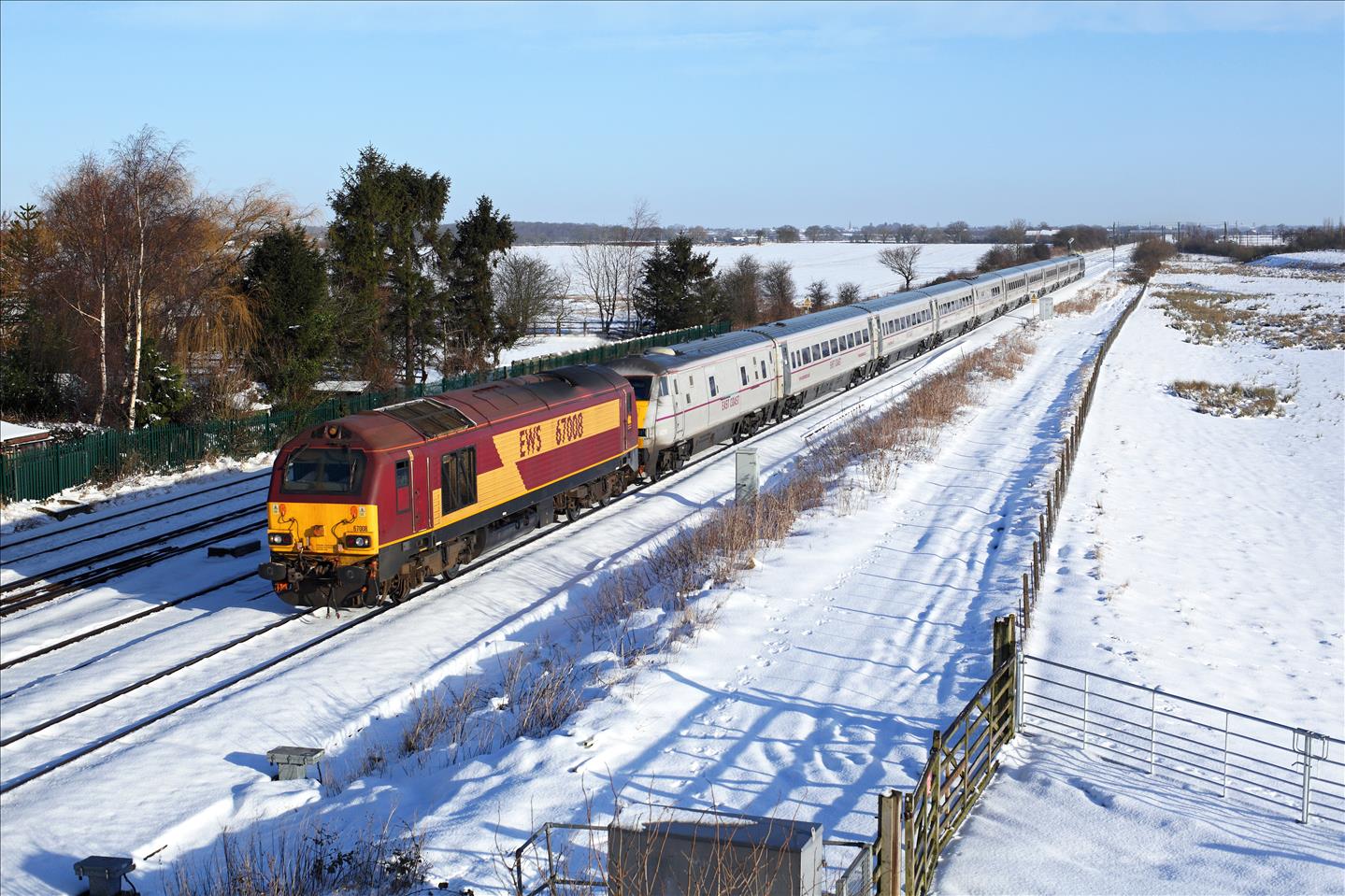 All trains shown were dragged between Doncaster and York unless otherwise shown. They were routed via Wakefield Westgate, Leeds, Micklefield and Church Fenton between Marshgate Junction and Colton Junction.

Note 1 Dragged Between York and Leeds only. This was due to an ETS jumper cable fault on DVT 82206, unable to establish train supply.
Note 2 Train started York and was thus not dragged as planned,. Cancelled between Doncaster and York.