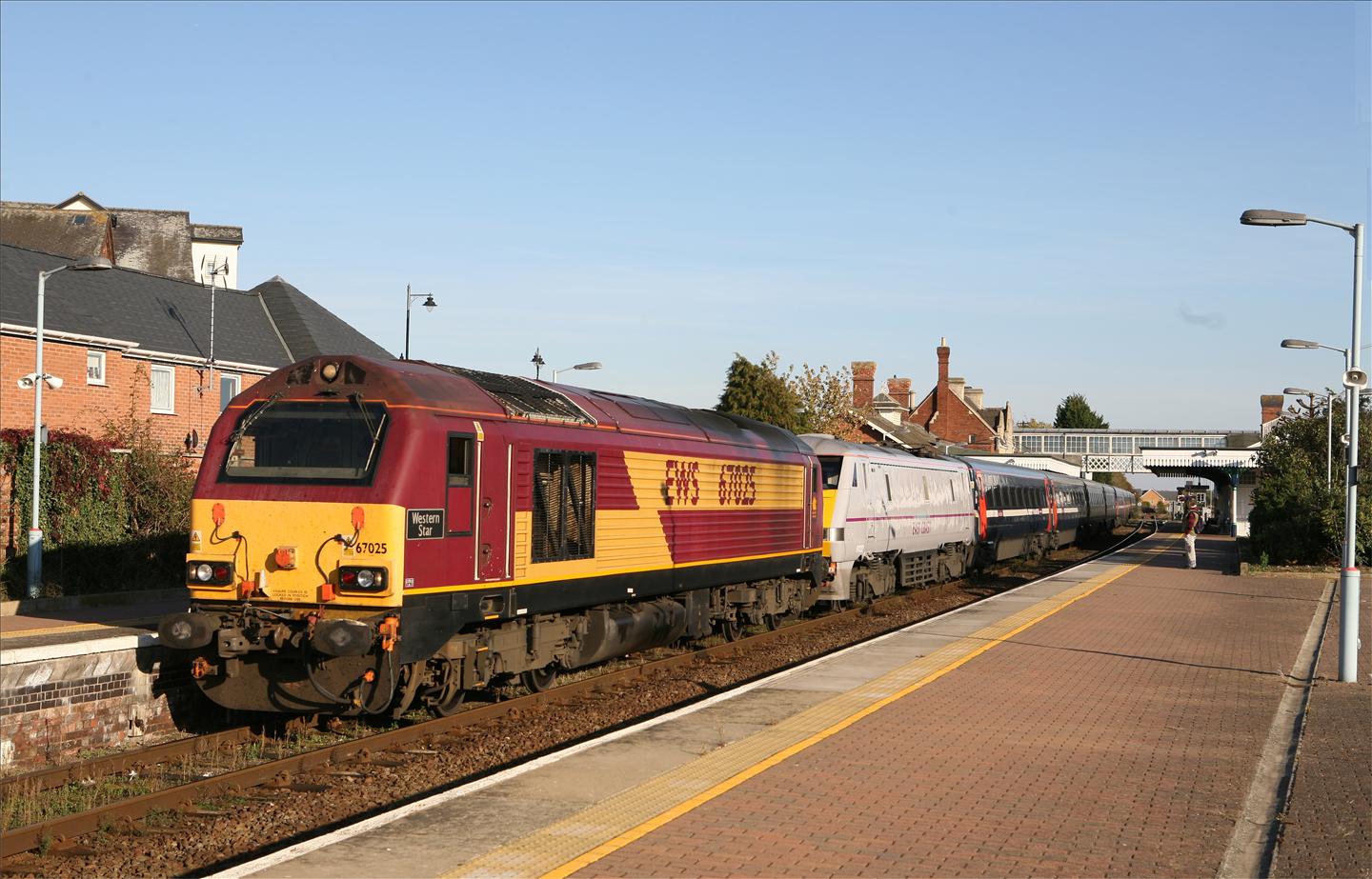 + – terminated at Peterborough due to mechanical fault

* – Not booked to be dragged but dragged between Peterborough and Doncaster and diverted via Spalding, Sleaford, Lincoln, Gainsborough and Decoy South Junction.

** – Booked to be worked throughout by a HST. Actually formed of HST from Kings Cross to Peterborough (actually departed north from the station but set back into the platform)were it terminated due to problems with the preceeding 1D29 19:30 Kings Cross-Leeds. Passengers were then conveyed by road to Doncaster were the train re-started 60+ minutes late formed of Mark IV set and dragged Doncaster to Newcastle Upon Tyne.

(A)- 67003 on rear from Newark Northgate to Peterborough providing ETS. Train locomotive 67022 was unable to provide ETS.

(B)- Departed Peterborough 19 minutes late. Train declared a failure with an ETS fault before reaching Wennington Junction. Train returned to Peterborough powered by 91115 where it terminated. Leaving Peterborough 67003 was coupled in front of 91115 dead. For the return to Peterborough 91115 was re-energised and powered being controlled from the DVT which was then leading. 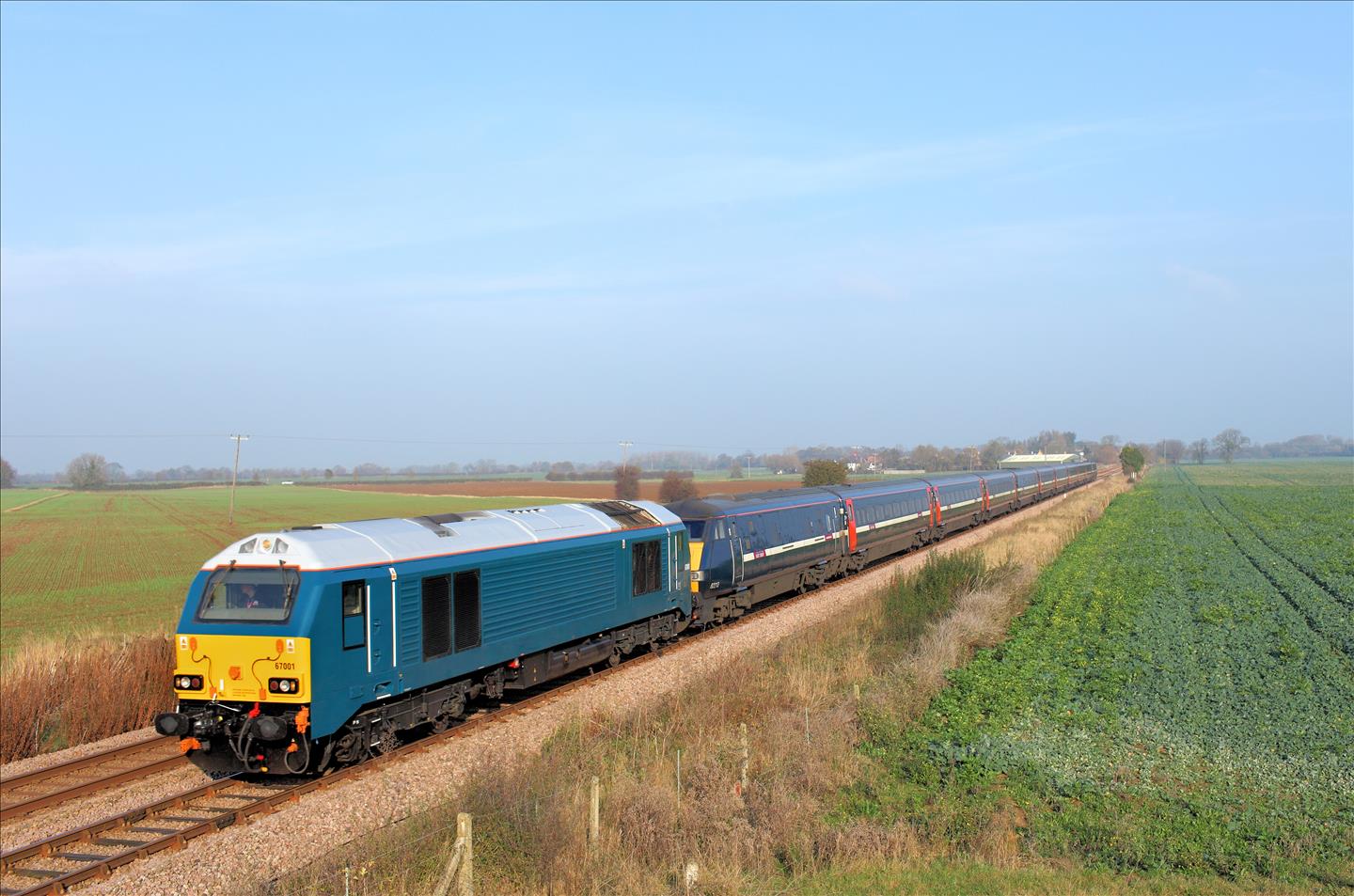 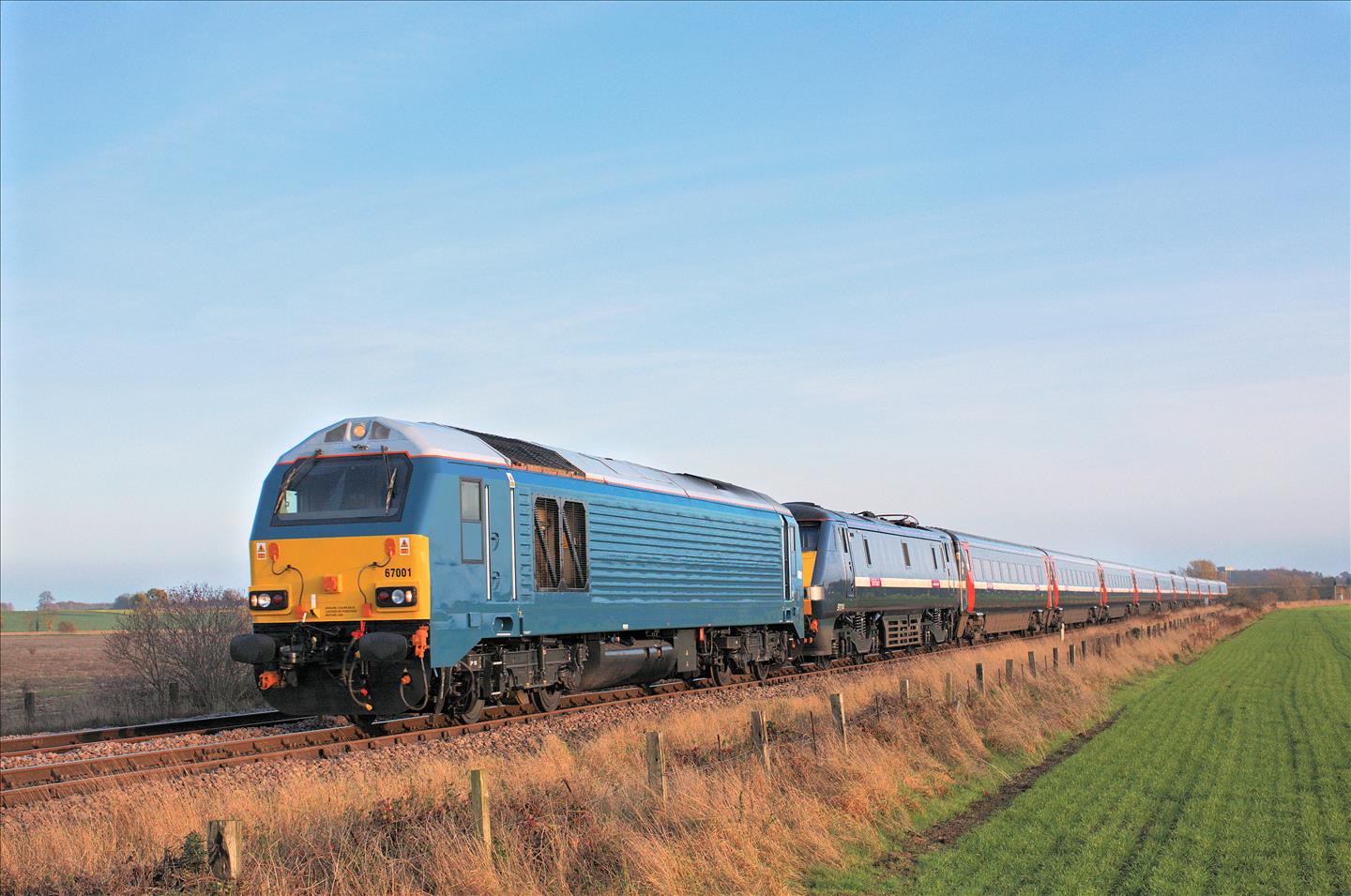 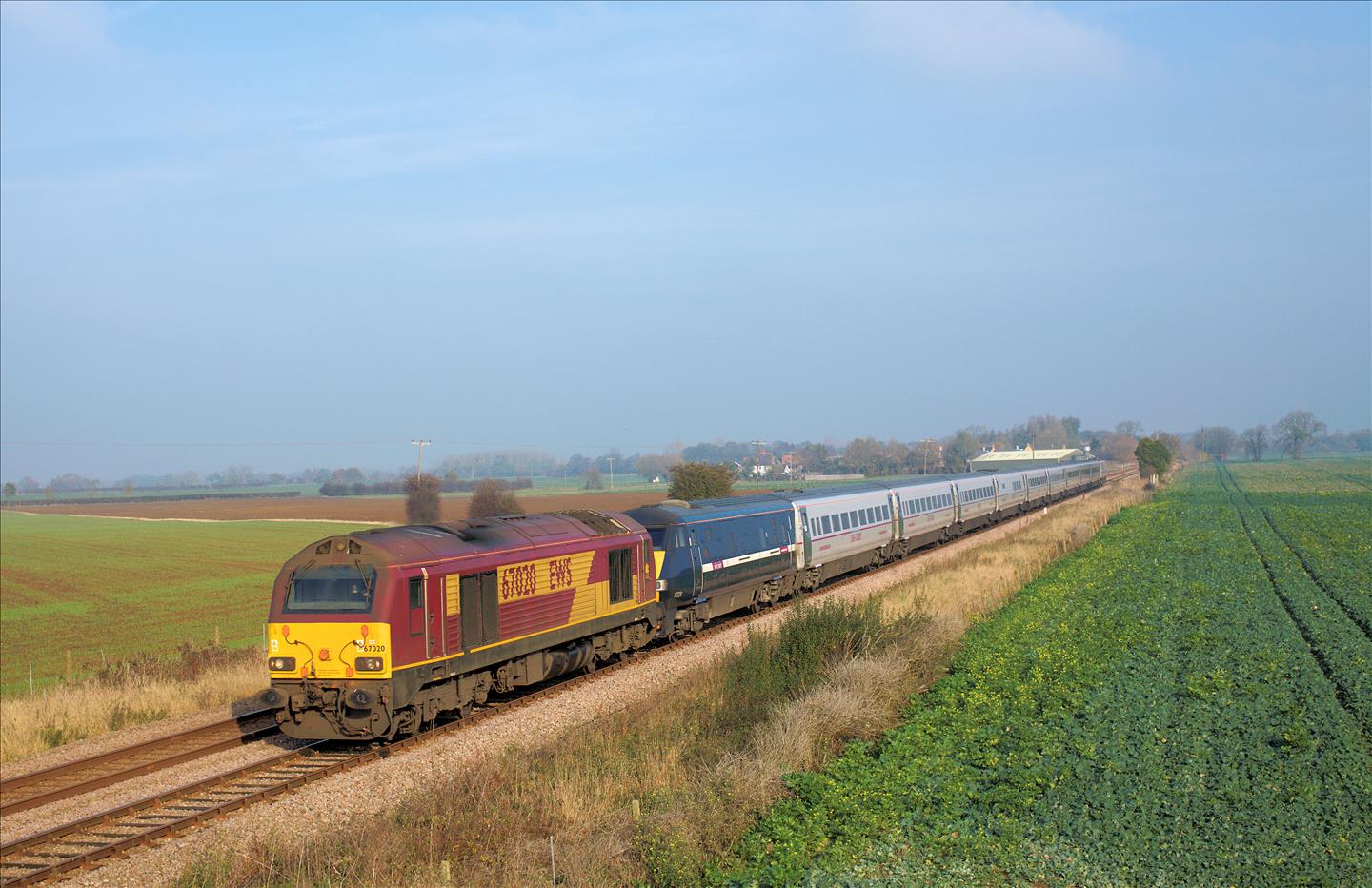 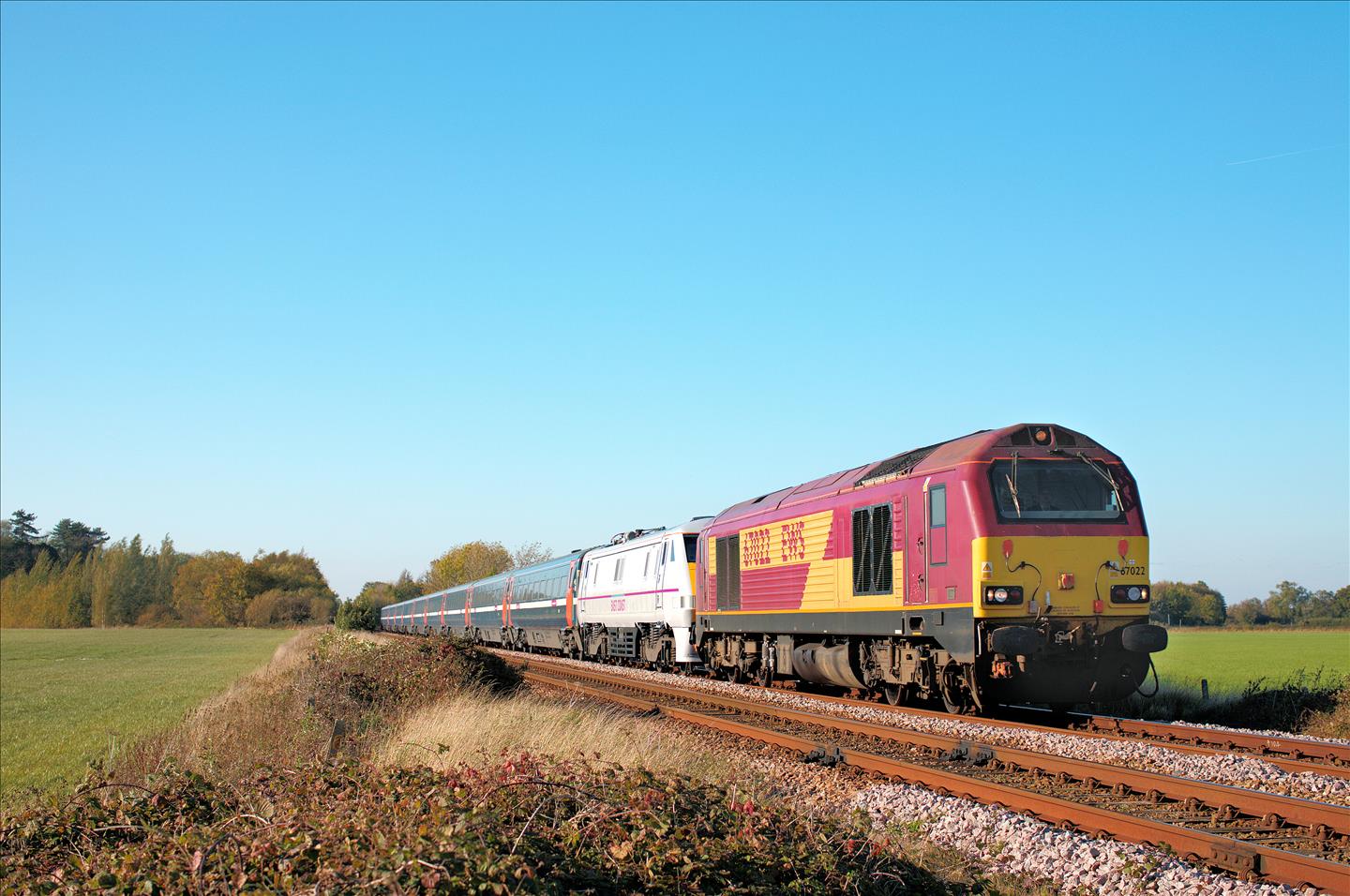 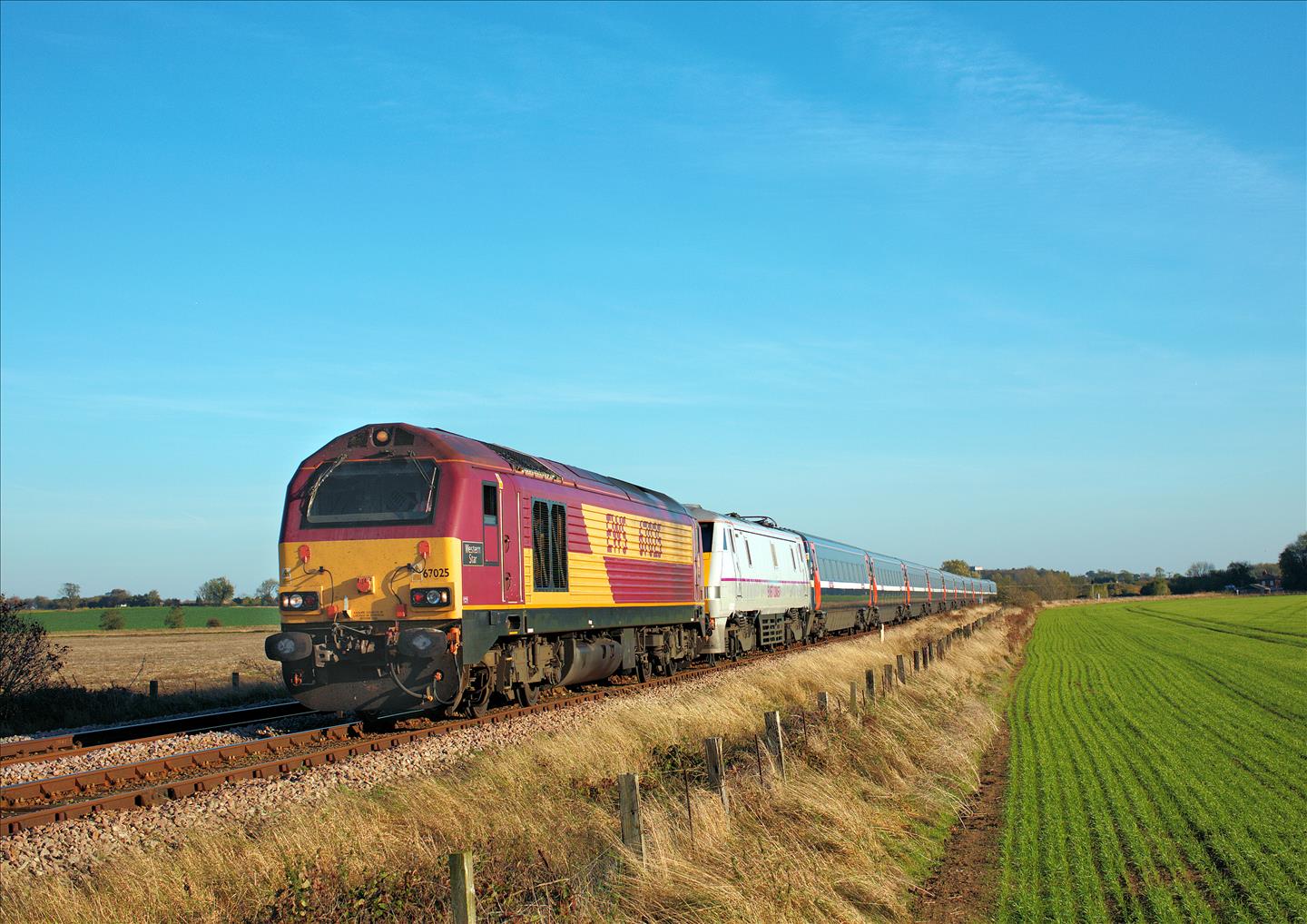